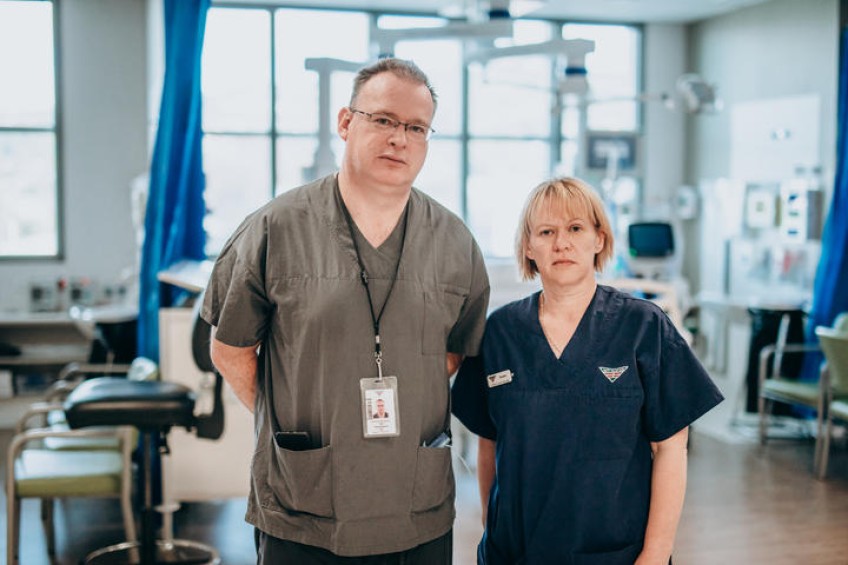 Hutt Hospital has created a new intensive care unit in less than two weeks, as hospitals around the country race to prepare for Covid-19.

The new Covid-19 "surge unit" used to be office space - for elective surgery bookings, gynaecolgists and a medical photographer.

But it had been an intensive care unit years earlier.

The director of the intensive care, Andrew Stapleton, said because its pipes had never been removed, it could be brought back to life again.

They have been checked and serviced and are safe, he said.

Hutt Hospital would now have 15 beds at its absolute maximum but he hoped it would not come to that, he said.

Many hospitals were focusing their building preparations on changing the layout to keep Covid-19 patients away from others.

The Waikato DHB chief executive Kevin Snee said it was a complex puzzle that included the entrance, the emergency department, intensive care and the wards.

"There have been walls knocked down and new ones erected in the ED to allow people to flow through separately," he said.

They also added 10 beds to their mental health ward because of the anxiety and stress that could lead to more patients, he said.

Dr Snee said work that would normally take months and weeks has been taking days and hours.

Most of its building of the building has taken two weeks, with builders often working into the night.

The Southern DHB's chief executive, Chris Fleming, said it faced particular challenges in upgrading Dunedin Hospital which had long been due to be replaced.

The infrastructure was creating some challenges, so it was also relying on the cuts to elective surgery to help it prepare, he said.

It had done most of the work it needed to increase its intensive care beds from 10 to 22, with the capability to go to 32 if needed.

But that number of patients would be extremely taxing on staff, so if it got worse they would look to help from private hospitals, he said.

At Wellington Hospital, engineers had turned its intensive care unit into a negative pressure room in just a few days to help stop any instances of the virus spreading out of the room.

Canterbury is moving in early to the intensive care unit in its newly-built hospital which had not yet opened.