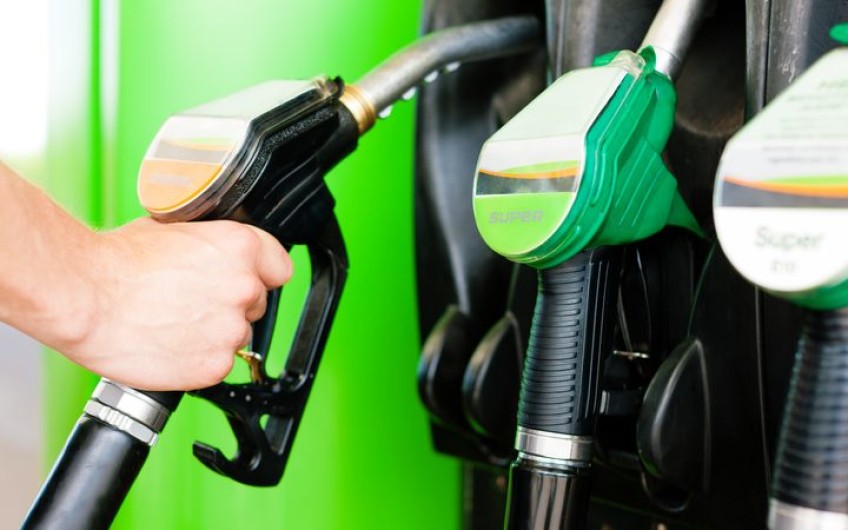 Fuel market not as competitive as it could be - Commerce Commission

The Commerce Commission has released preliminary findings from its market study into the retail fuel market, finding it not as competitive as it could be.

It said many fuel companies were highly profitable and getting better returns than might be considered reasonable.

Prime Minister Jacinda Ardern said the Commission had essentially confirmed the government's instincts that New Zealanders were getting fleeced.

The study said the import, processing, storage and distribution of fuel was dominated by the big three companies: Z Energy, BP and Mobil, and the lack of an active wholesale market appeared to be the major obstacle to competitiveness.

"Our current view is that the fuel market is not as competitive as it could be," the watchdog said in a statement.

Its reasons for this included:

Consumers may be paying higher pump prices for petrol and diesel than could be expected in a competitive market, it said.

The commission said greater access for small independent retailers would lift competition at the retail level. It said the three major suppliers' infrastructure sharing agreement dating back to market deregulation in 1988 supplied 90 percent of the country's petrol and diesel through branded stations or third parties on exclusive contracts.

That meant any new importer faced the expensive challenge of building a new, standalone supply chain or convincing distributors to switch, giving the big three a significant advantage.

"Not only have other fuel importers been unable to access the wholesale market, but the majors themselves have limited incentive to compete with each other during the terms of their supply contracts," commission chair Anna Rawlings said.

"As a result, competitive pressure does not appear to be driving down wholesale prices in New Zealand."

She said greater freedom for suppliers to switch wholesalers would help competition, as would having new entrants in the supply and distribution network such as shared terminals.

The country's biggest fuel retailer, Z Energy, said the Commerce Commission's estimate of what fuel companies should be earning on their investments was too low.

The commission's study suggested fuel companies should be getting between 6.9 and 8.6 percent return on their investment - known as the weighted average cost of capital.

Z Energy chief executive Mike Bennetts said he did not know how the commission arrived at that number.

"That looks a little bit like a regulated market return, which at one level is fine because you're guaranteed returns in that range but the risk is that we're not regulated and not guaranteed those returns," he told RNZ's Nine to Noon.

He said Z's margins were influenced not just by raw material costs but also by the level of service it gives at its service stations, which were often more extensive and therefore more expensive than no-frills operators such as Gull or Waitomo.

"Our profits are between four and five cents per litre, so we're quite a marginal business and it doesn't take much to tip us from being reasonably profitable to be quite unprofitable," Mr Bennetts said.

The Commerce Commission regulates the electricity, gas, telecommunication, and aviation sectors, where it sets prices and regulates how much return companies in the sectors can get.

Mr Bennetts said Z Energy backed moves to free up the wholesale fuel market, but has found its competitors are not as enthusiastic.

The government asked the consumer watchdog to carry out the study in response to concerns about the high cost of petrol.

Prime Minister Jacinda Ardern said: "Our instinct was that New Zealanders were being fleeced and now we have the Commerce Commission essentially confirming that is what is happening in New Zealand."

"In the last decade, in particular, we have seen those returns climb. They're higher than what companies, for instance, would be collecting overseas," she said.

Ms Ardern said the government would be waiting until the Commerce Commission released its final report in early December before deciding what action to take.

"But I can give them [consumers] a guarantee we're not going to stand by while they continue to be fleeced," Ms Ardern said.

"I agree with Jacinda Ardern that New Zealanders are being fleeced, but the reality of this is the biggest fleecer isn't the petrol companies, it's Jacinda Ardern and her government.

"You can't decrease petrol prices if you're putting up taxes. We accept that if we could have more pro-competitive measures that's good, but you're not going to make up for all these taxes with a bit of tinkering and talking around the edges," Mr Bridges said.

"If we want to make a big difference to New Zealanders at the pump, we have to do deal with what's happening in the market," Ms Ardern said.

The law was changed in October to allow the commission to undertake market studies and government announced in December that fuel for land transport would be the commission's first such investigation.

However, it's not the first investigation into petrol pricing.

A Ministry of Business, Innovation and Employment (MBIE) study ordered by the previous National government found petrol prices "might not be reasonable" and the market had features which "may not be consistent with a workably competitive market".

That investigation was hampered by incomplete commercial information, with some fuel companies unable or unwilling to provide full data.

The commission can investigate businesses for breaches of anti-competitive behaviour, but cannot regulate prices or intervene to make petrol cheaper for consumers.

It warned after the investigation was announced that it would be a tight deadline.

A conference for consultation will be held next month, and the final report is due on 5 December.