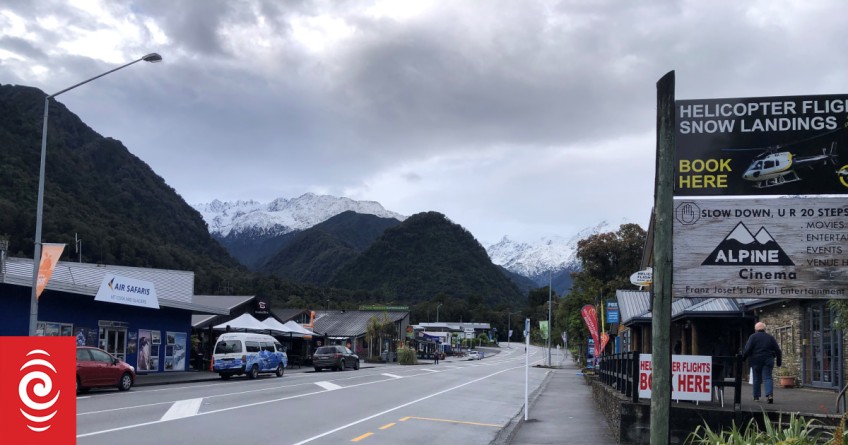 "We were basically in too deep to give up."

It's been a rough few years for Dale and Bronwyn Burrows at Franz Josef Wilderness Tours.

First, the massive floods in March 2019 that washed away the Waiho bridge on State Highway 6 - a key lifeline for the tourist town.

As business dried up with the borders closed, workers left the West Coast tourist town. Its population of 450 was decimated.

"We lost friends. With everything else that's going on and then losing your support network at the same time, it definitely added strains and stresses where you didn't need them," Dale Burrows says.

"We were quite fortunate, we were able to scale our business accordingly.

"We managed to get out of our office lease, we dropped our staffing numbers, we ran our office from home. We got rid of a huge amount of our overheads and we reduced our operating costs down to the bare bones."

And now, with the borders open again, business is back to pre-Covid levels and they've secured an office on the town's main road, a dream spot.

"Business is rushing back and we're scrambling to meet the demand."

The biggest problem: a shortage of workers. And it is hitting hard.

"We have had a couple of staff who have arrived from overseas, and the town and the job weren't quite what they thought it was going to be and they've left already or are leaving," Burrows says.

Burrows says they now have to train a team of guides from scratch because many of the experienced ones left when Covid-19 hit.

It's worse for Jamie Caldwell, who owns The Landing bar and restaurant.

He's kept two of his other restaurants shut and doesn't expect to open them again until closer to winter.

To run all three businesses, Caldwell says they'd need about 45 staff. At the moment they've got 23.

"If they do walk in, we absolutely hire them straight away."

Caldwell says they've learnt a lot during the pandemic.

"We were a big operation and we were open all the time, we used to be open breakfasts, lunch and dinner. Breakfast is hit and miss, so I don't need to be open for business, but that's not good for tourists."

Over at Glacier Country Helicopters, chief executive and pilot Poppy Gordon says they are now setting post-Covid records, but they had to wait longer than other places to have the tourists return.

"We've got a lot of family down in Queenstown, Wanaka, and they were all talking about how busy they were, because they've got the ski fields down there and we were all sitting up here dropping our bottom lip, and [thinking] 'why isn't it happening for us?' and then all of a sudden, the end of August, it just started picking up.

"And then September was great, we had our busiest October we've ever had and the weather's been kind, the skies have been clear and the people are here."

They're getting Australian, German, American and English tourists through their doors, as well as a lot of Singaporean bus tours.

Gordon says before Covid-19 the family-owned business had a staff of 14. That dropped to three.

They were still able to operate, but they're looking forward to better times.

"We have the best job in the world, we get to fly around the glaciers and the mountains and it's just spectacular. Everyone we fly, they just get this massive buzz out of it."