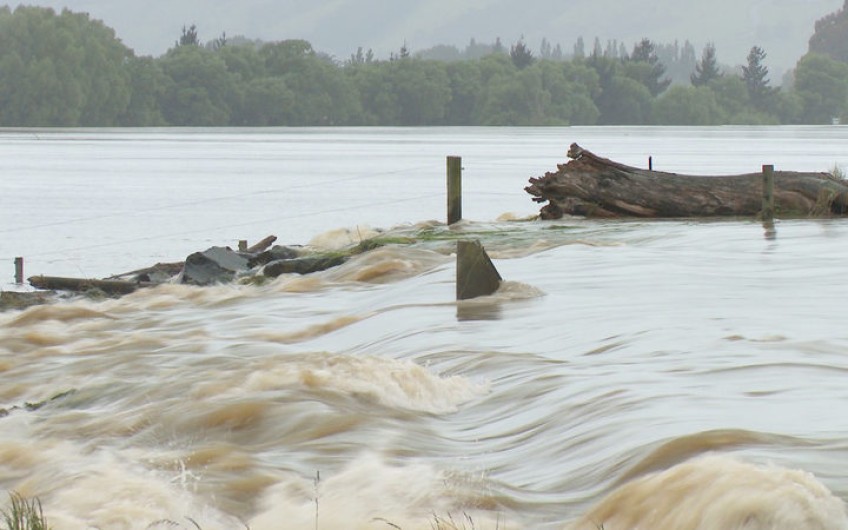 A milestone report detailing the risks that climate change poses to Otago including widespread flooding will be tabled this afternoon.

The Otago Climate Change Risk Assessment found that in the long-term, climate change put the region at risk of an increase in intense rainfall events, drought, coastal erosion and inundation, and more extreme heat days above 30 degrees Celsius in Central Otago.

The report also projected major implications for communities and the economy.

It will be presented at the Otago Regional Council committee meeting.

While the key findings are dependent on different time and emission scenarios, they include:

"The effects of climate change will not be spread evenly across the population, exacerbating existing socioeconomic and ethnic health inequalities."

Exposure and vulnerability to climate change risks were largely dependent on where people live in Otago with the majority of the population living in urban areas, the report said.

"It is expected that new vulnerabilities and inequities are likely to emerge as climate change impacts are experienced more widely."

Roughly 15 percent of the Clutha District's population - approximately 2400 people - live on the low-lying parts of the Clutha River delta.

The reports said stopbanks currently protected much of Balclutha and Kaitangata communities.

But the river with its tight bends, high flow volumes and mainly urban use means the failure of those stopbanks pose a significant risk for the community, particularly given the increased risk of flooding, the report said.

"Floods (characterised by the Mean Annual Flood) are expected to become larger everywhere, with increases up to 100 percent in some locations by the end of the century," the report said.

"Extreme, rare rainfall events are likely to increase in intensity in Otago because a warmer atmosphere can hold more moisture."

Many communities in Clutha, Central Otago, Waitaki and the Queenstown Lakes districts are located within a flood hazard area including parts of Queenstown, Glenorchy and Wanaka that have already experienced flooding in recent years.

More than 40 years ago, the West Otago township of Kelso was abandoned after two major floods of the Clutha River catchment in 1978 and 1980. It was subject to frequent flooding.

"Cascading effects of business closure can impact the whole community, and flood or other hazard risk can ultimately cause the closure of a community, as happened to Kelso, West Otago after repeated devastating flooding from the Pomahaka River resulted in a prohibition on any further development in the township," the report said.

"Reducing impacts on business will require forward-thinking adaptation and innovation across multiple levels of business and by multiple actors - including businesses themselves, related service and supply chains, sector organisations, and related public authorities. Collaborative innovation across all sectors can assist climate change adaptation."

The report mentions seven Kāi Tahu Rūnaka who represent the hapū across the region but said more work in partnership with Rūnaka was needed on climate change risk assessments and adaptation planning.

The report identified the need for further collaboration particularly in prioritising risk and action planning if the region is to respond effectively to the findings.