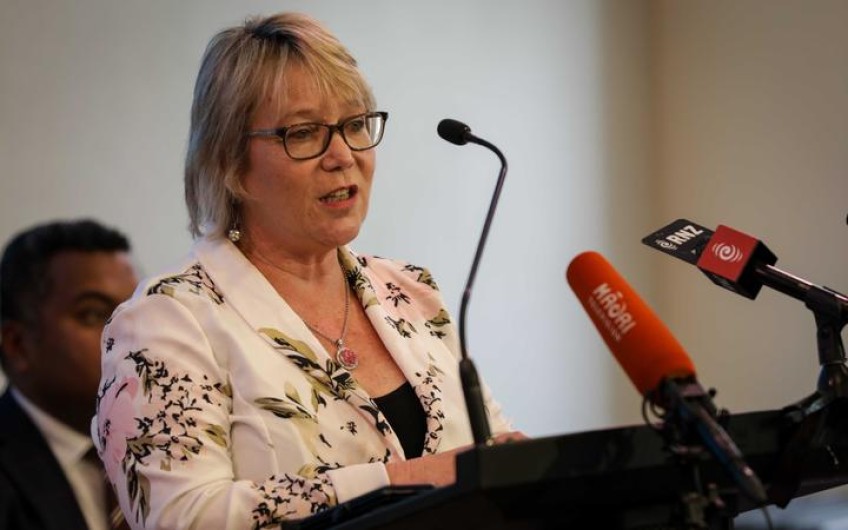 The Government has appointed eight people to oversee a business case for a new public media entity to replace state owned TVNZ and RNZ.  The minister of broadcasting and media Kris Faafoi says he plans to present the business case - due to be completed by mid-year- to Cabinet for approval by the end of the year.

The business case will consider what a new public media entity would cost to develop, implement and operate -  and how it would “collaborate with and complement the work of private media.”

The business case for Strong Public Media is expected to be completed around the middle of the year -  a tight timeframe.

“The Governance Group will oversee the development of a business case . . . which will will look at how a potential new public media entity could meet the changing expectations of New Zealand audiences and support a strong, vibrant media sector,” the Minister for Broadcasting and Media Kris Faafoi said in a statement

The minister also said the group would “lead work to gather input on a Charter for the potential new public media entity.”

The process has been heavily criticised by the National Party and its broadcasting spokesperson Melissa Lee.

She has said it has taken too long and effectively stalled progress on important projects at both broadcasters, including the review of RNZ's Charter - which was due to begin next week - and RNZ's plans for a new youth service, the subject of major controversy in 2020 when plans to reallocate RNZ Concert's FM frequency and cut back the network were announced and then scrapped.

The story so far

It was back in 2019 the Kris Faafoi first raised the prospect of a new state-owned public media entity under the banner Strengthening Public Media.

Thanks to a source spilling the beans to RNZ in January 2020, it was revealed the government had settled on that option to replace state-owned RNZ and TVNZ within three years.

But back then Cabinet wanted to know more about precisely how it would work and ministers demanded a business case before giving it a green light.

It was even common knowledge that PwC had been hired for the task before the minister confirmed all that the following month.   under the guidance of the Ministry of Culture and Heritage

He also said it would have revenue from both “Crown and non-Crown sources”  -  a mix of public funding then and commercial revenue in other words.

(This was re-stated by the minister today, but he has declined to discuss the balance of public and commercial funding until after the completion of the  business case).

Those who called it a ‘merger’ were corrected by the minister and officials.

They have insisted all along this was not just mashing together the public service non-commercial RNZ - whose foundation is radio - with a heavily-commercialised TVNZ founded on television broadcasting and advertising.

But how a completely new digital-age media organisation with a new charter could be created by 2023 out of the resources of two organisations with very different budgets, priorities and cultures remains an unanswered question.

When MPs asked about that in the annual reviews of TVNZ and RNZ last year, the answer was “wait for the business case.”

When COVID-19 intervened in March  2020, Strengthening Public Media took a back seat to saving the media.

The business case was put on ice in April 2020.

But earlier this month, Kris Faafoi told the Parliamentary committee reviewing TVNZ and RNZ work was back on,

TVNZ‘s chief executive Kevin Kenrick told the committee TVNZ was merely an “observer” in the process.

“This future public media entity is basically being progressed by officials at the Ministry of Culture and Heritage right now,” he said.

"We believe, as a board and executive team, it is a once-in- a generation opportunity to create a stronger public media system the would benefit all New Zealanders," he told Parliament's Social Services Committee.