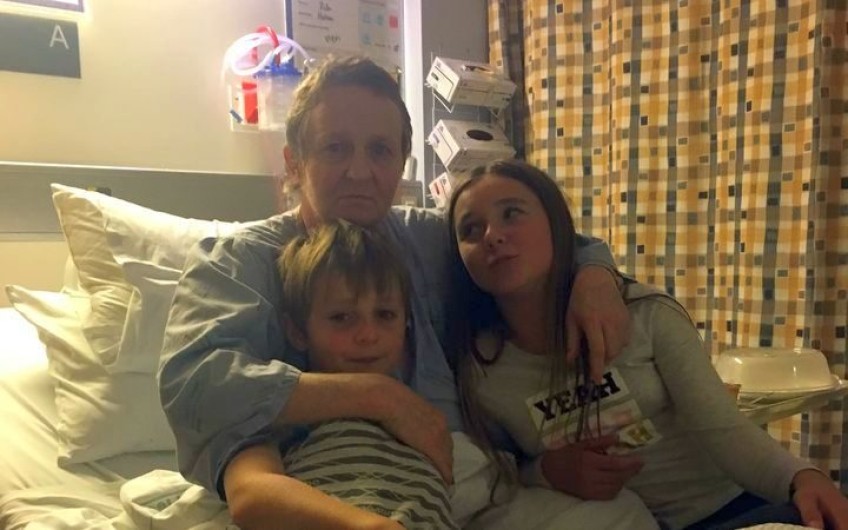 Dying patients with rare chemo reaction paying for own drugs

Dying patients who suffer a rare reaction to chemotherapy are having to pay for their own drugs because their cases are not considered exceptional.

A 50-year-old Auckland woman, Patricia Tear, a sole caregiver to children aged 9 and 11, was diagnosed with bowel cancer last year. She had surgery followed by chemo but suffered from cardio-toxicity from the chemo drug, known as 5-FU. It recurred in a second attempt and doctors decided it was too risky to repeat. Instead they applied to drug-buyer Pharmac for access under an exceptional circumstances scheme to an alternative, unfunded drug - raltitrexed, brand name Tomudex.

That was declined as Ms Tear was not considered truly exceptional. Instead, Pharmac said Ms Tear would be part of a wider group who, when exposed to the 5-FU drugs, would develop heart pain or toxicity. It added they should be considered for funding under the regular method, listing on the Pharmaceutical Schedule, but that's not currently available.

It's left Ms Tear feeling abandoned by the health system. "Up the creek without a paddle as far as I'm concerned. I'm one of the ones that have just been sent home, forgotten about."

She lives at home with her children while under hospice care, and doesn't know how long she'll have left: "I don't know, two years maybe, at the most."

Wellington woman Janet McMenamin, who's a fit 71-year-old, was also diagnosed unexpectedly with bowel cancer three months ago. It was aggressive and has spread to her liver. She also applied unsuccessfully to Pharmac's Named Patient Pharmaceutical Assessment, or NPPA, exceptional circumstances scheme. Similarly to Ms Tear, Ms McMenamin suffered cardiac chest pain, similar to a heart attack, when she went on two different kinds of chemo.

She said the condition is rare at one patient in a thousand, but even so she was refused funded Tomudex. She and her partner Bob Cijffers are paying $4000 a month to get it privately from Bowen Icon Cancer Centre every three weeks, to buy time for Ms McMenamin. About half of that amount was for the drug itself and the remainder for costs associated with having it administered in a private hospital, because of the lack of public funding for the drug.

"It's not a cure," Ms McMenamin said. "It's to make me as comfortable as they can and to extend my life as long as they can."

The couple say say it is discriminatory and unfair that patients like them can afford the drug privately, but that others, like Ms Tear, cannot.

"Pharmac is saying it's no longer an unusual circumstance and therefore they will be applying to put it on the official list of medicines that will be funded," Mr Cijffers said. "This process unfortunately will take at least two years and will not be of any use to Janet or Patricia or anybody else who's in the same position."

Cancer Society medical director Chris Jackson said it was leaving patients in this category "in the lurch".

"We don't know how long that will take. For many cancer drugs that is years, and unfortunately people do not have years to wait when they have cancer because people will literally be dead by the time the process is complete. And people are dying while they are waiting for Pharmac to go through these slow machinations and bureaucratic considerations."

Pharmac would not comment on Ms Tear's case but said it had received an application for raltitrexed to be funded for bowel cancer patients who are intolerant or unable to take the fluoropyrimidine treatment because of cardiac toxicity.

"We're not able to provide a timeframe for when the application for raltitrexed will be progressed for funding but further details will be posted on our Application Tracker as this application progresses."

Health Minister David Clark said he felt for Patricia Tear and her family. "However, as health minister it is not appropriate for me to intervene in individual cases. We can't have politicians second-guessing clinicians."

He said he was advised that the Auckland District Health Board, which had been overseeing Ms Tear's care, was doing its best to treat and support her.