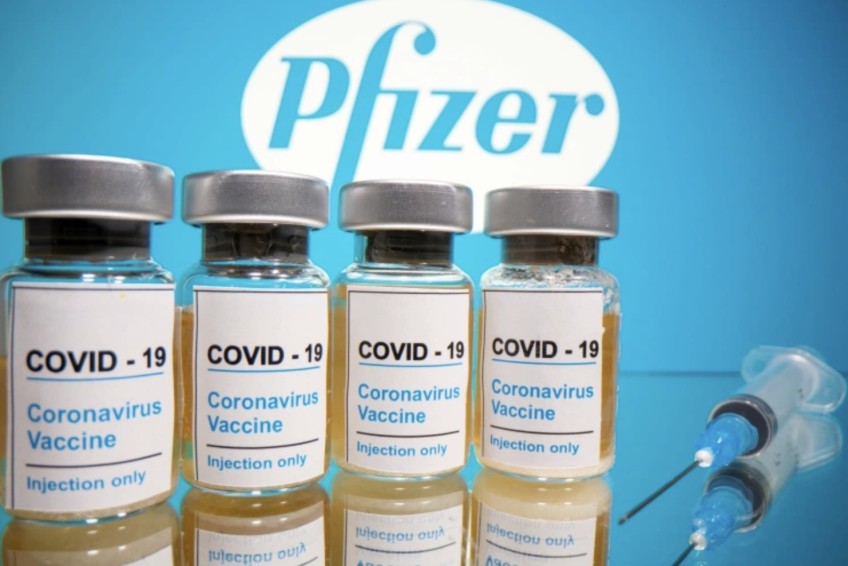 Associate Minister of Health Ayesha Verrall says the government has a clear plan to ensure that everyone aged 16 and over will be vaccinated by the end of the year.

"We are progressing well against the plan," Dr Verrall said at today's Covid-19 update, alongside Director-General of Health Ashley Bloomfield.

DHBs were on track to deliver more than 1 million doses by the end of June, she said.

"By then we'll be well into vaccinating the 1.7 million people we've identified in group 3 ... those over 65, people with underlying medical conditions, prison staff and the prison population."

She said another 480,000 people in group 2 - high risk frontline workforce, aged care workers, older Māori and Pacific people, those living with them, their carers and anyone in Counties Manukau aged 65 and over or with underlying health conditions - would start being vaccinated from next week.

"The three DHBs in Auckland are gearing up to start vaccinating this group from next week."

She reiterated it would be extremely important when the vaccination was rolled out to group 4 from July - the general population. She said there would be enough of the vaccine for everyone and asked that some people remain patient.

Brochures advising people which group they were in and how to make appointments for their vaccinations were being distributed to all households in the country from this week, she said.

Asked about workers at Ports of Tauranga who had reportedly not received their first dose yet, she said if details of those people were provided to the government they would get onto it immediately.

Verrall said she received her second dose of the vaccine on Friday and recommended people not hit the gym straight after.

"I had quite a sore arm after lifting some heavy weights and a slight rash on my arm for a day or so. I felt a little tired but otherwise I felt totally fine."

The ministry recommended a two-week gap between flu vaccination and Covid-19 vaccination, she said.

Community pharmacies would play an important role in vaccination, and the government expected GP and after hours clinics would also be involved.

Dr Bloomfield said 95 percent of workforce at MIQ had been vaccinated and most others had vaccinations booked. From May, all border and MIQ workers will have to be vaccinated.

Some 47,981 vaccine doses total had been administered by midnight last night, he said, slightly higher than previous weeks.

Bloomfield said 685,620 doses of the Pfizer vaccine had arrived into New Zealand to date - enough to vaccinate more than 342,000 people fully.

Asked about a lack of public transport in the Far North and the effect on vaccination campaigns, Dr Bloomfield said that was a responsibility for DHBs, and they would also look at mobile vaccination centres for rural communities like was already happening at rest homes.

Dr Verrall acknowledged there were far fewer Māori in residential care, and said there would be a separate process for elderly Māori to access vaccinations in the community along with whānau and caregivers.

Meanwhile, the National Party has vowed to get rid of the separate Māori Health authority planned as part of the government's reforms of the health system. Dr Verrall said Māori faced persistent and long-standing health inequities and the things that had been tried so far had made little difference.

Giving Māori commissioning powers and more of a voice would mean that when there were decisions to be made, they would ask how the money could be used to improve outcomes for Māori, she said.

Dr Bloomfield said there were two new cases found in managed isolation and quarantine (MIQ), and with 10 recovered cases that meant active cases were at 27.

No new cases had been discovered in the community, he said.

All close contacts of the airport worker who tested positive last Tuesday had returned negative tests. He said the source investigation was continuing but the infection most likely happened when the person was cleaning the aircraft when the index case had been on it.

He said a milestone was reached over the weekend.

"We passed a total of 2 million Covid-19 tests having being taken."

Traveller from Perth during lockdown

Yesterday, the Health Ministry said eight new cases of Covid-19 had been found in managed isolation since the last update on Sunday.

It also said a man had travelled from Perth to Auckland via Sydney on 26 April, during the Perth/Peel lockdown period, then made his way to Northland.

Dr Bloomfield this afternoon said the man's travel was being investigated, but any person who enters New Zealand that is ineligible for quarantine free travel must go to MIQ or could face up to six months in prison and a fine of $4000.

However, authorities needed to make sure all facts were correct before considering enforcement action, he said.

He said the system did pick up more than 70 people who had come from Perth and were prevented from travelling onward to New Zealand. This one person was not stopped but was now in a managed isolation facility.

The ministry said the risk the man posed was low, something Dr Bloomfield elaborated on this afternoon.

"Based on the information we have to date the risk arising from this person's travel to New Zealand is regarded as low - they had not attended any locations of interest in Perth."

"Our overall Covid-19 response relies on accurate and complete information from people."

Verrall said they wanted to identify where there were gaps, and fix them.

Dr Bloomfield said 295 applications for early access to the vaccine had been received for travel on compassionate grounds, with 124 of those approved while 107 were declined and 64 were still being considered.

Some 488 applications for travel overseas for national significance had been received from Sport NZ, including Olympians and Black Caps, plus another seven applications the Ministry of Foreign Affairs and Trade.