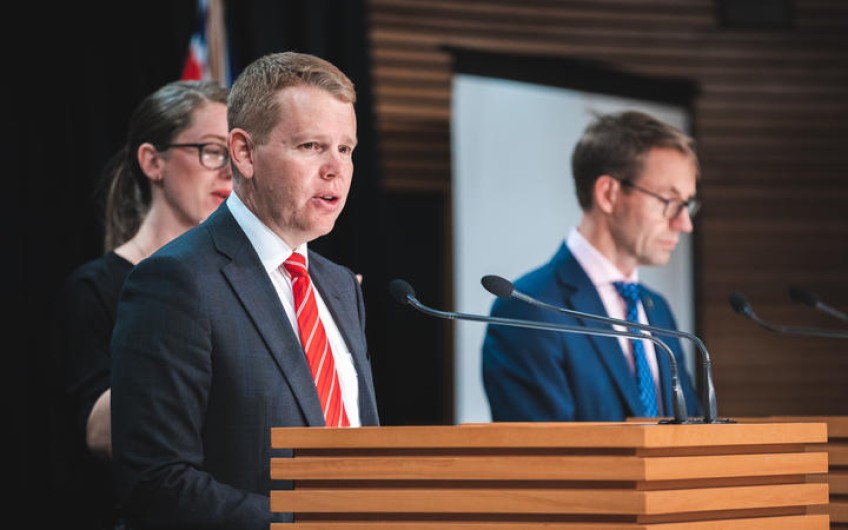 New Zealand will rapidly move to alert level four if a case of the Covid-19 Delta variant is detected in this country, Covid-19 Response Minister Chris Hipkins has confirmed.

Hipkins and Director-General of Health Dr Ashley Bloomfield are giving an update on the novel coronavirus and vaccines.

Hipkins warned that the danger of the Delta variant could be seen in Sydney, now in its seventh week of lockdown with case numbers refusing to fall.

He said even the gold standard of contact tracing is not enough alone to control the Delta variant, as is being seen in New South Wales and the variant was continuing to "wreak havoc".

"For several days now they have reported over 300 new cases [per day] ... so we're adjusting our response and our more likely response."

He said the government would continue to use contact tracing but would also look to escalate alert levels quickly - either regionally or nationally - if cases were discovered. With Delta, this means a rapid move to alert level four is more likely if cases are found.

"A short, sharp lockdown is more likely to be successful. My message to all New Zealanders is that this is not over. Further lockdowns are possible."

He said the government did not want to spend a long time in lockdowns, which is why they are continuing to monitor vigilantly.

That's why we've decided based on the latest public health advice to add Indonesia and Fiji to the list of very high risk countries, he says.

He said the countries announced in April remain on the list, but that will be under regular review and that travellers transiting through Fiji to New Zealand will still be allowed to travel.

Dr Bloomfield said there are no new community cases and two new cases in managed isolation.

He said vaccination was a very important part of New Zealand's future in reconnecting with the rest of the world, as today's report led by Sir David Skegg has found.

Hipkins said 850,000 New Zealanders were now fully vaccinated and 2,293,301 doses of vaccine have now been administered.

The saliva testing regime is also now being rolled out across the country for border workers, Hipkins said, and will be expanded over August and September.

"As Professor Skegg noted in his report ... we must be prepared to maintain our border first before opening up our border."

He says Health Service Utilisation data is now being used. (I can come back to this later)

Dr Bloomfield said the majority of Tauranga port workers who were in isolation were now clear to return to work. Public health officials will be in touch to advise them, he said.

He says the assessment by ESR is that the pilot on the ship was likely infected by the crew, not the other way around.

The ministry is reviewing the handling of the Rio de la Plata container ship, and separately also doing a wider review of handling of ships that have docked in New Zealand recently with Covid-19 on board.