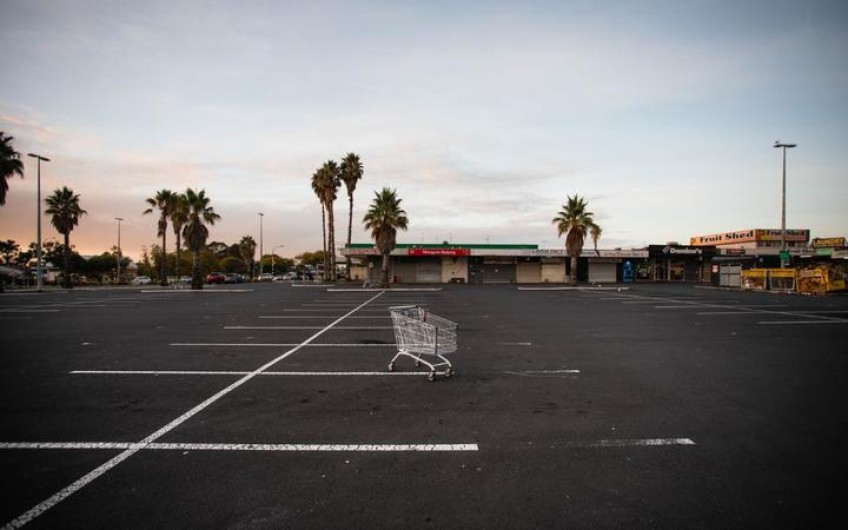 It's the question on everyone's mind - so RNZ asked experts how and when the level 4 restrictions might be lifted.

Covid-19 researchers in New Zealand are optimistic that the level 4 restrictions could be lifted in at least some regions in a few weeks - but warn that New Zealanders should brace themselves to do things differently for up to 18 months.

The initial level 4 period is due to end on 23 April, although Prime Minister Jacinda Ardern has said the effects of the lockdown would not start to become clear until later this week - when enough time would have passed for anyone who was already infected to have shown symptoms.

With businesses, workers and parents of school-aged children all keen to get out from under level 4's thumb, RNZ asked experts when that might happen - and what it might look like.

Together with his fellow researchers at Te Pūnaha Matatini - a research cluster that studies complex systems - Shaun Hendy has been working on new modelling of Covid-19's spread in New Zealand that can better predict short-term outcomes.

He is feeling optimistic. Since 26 March - the first day of level 4 - daily cases have bounced around, going as high as 89 new cases and as low as 58, but are no longer showing the distinct upward trend from before the lockdown. Yesterday, for the first time, recoveries exceeded new cases - meaning the total number of current cases actually dipped.

Hendy says the lack of exponential growth in cases shows the lockdown is worth it - but it can feel counterintuitive. "I'm reasonably confident now that we're not going to see a big ballooning of cases during this lockdown period. So it's going to look like nothing's happening - but actually this lockdown is stopping that ballooning from happening… we're actually holding [the numbers] in check."

So will cases simply explode if we lift the lockdown now?

The magic number is something called R0 - the number of new cases each existing case creates. When R0 drops below 1, the total number of cases starts to go down, because the new cases are no longer keeping up with recoveries. Only then can the country think about easing restrictions, Hendy says.

He says R0 very much depends on everyone's behaviour for the remaining lockdown period - the more strictly everyone adheres to the rules, the fewer new cases are created. "There's a really optimistic scenario where we could go to level 3 and still eliminate," he says. "If we're as good as the Chinese you could think about coming off [the strictest level]."

Alternatively, there are scenarios the team has modelled where four weeks isn't quite enough: "We might need to extend it for longer - it might turn into six or eight weeks."

Shaun Hendy has been working on modelling the Covid-19 trends from his kitchen table. Photo: Supplied

The worst outcome would be if people - seeing case numbers start to stall - begin to slack off, he says. "If we're all a bit lackadaisical ... then actually there are scenarios where we wouldn't be able to come off lockdown for a very long time."

Otago University infectious diseases specialist Ayesha Verrall feels positive about the way cases are tracking. "I don't see any reason we shouldn't be able to finish the lockdown in four weeks if we've followed the plans we've made and if we scale up the contact-tracing and refine our surveillance."

That's a big if, though.

Over the weekend, the Ministry of Health trumpeted the fact that its new National Close Contact Service had traced 700 contacts in a single day. With the lockdown in place, new cases only have three to five contacts each - meaning the service is tracing the contacts of about 200 cases a day.

Dr Verrall believes New Zealand needs the ability to contact-trace 1000 cases a day, so it can keep ahead of even a large outbreak. Director-General of Health Ashley Bloomfield says there's still plenty of untapped capacity, but yesterday announced that Verrall would be brought in to audit the contact-tracing process.

Dr Verrall bases her opinion on a paper published in medical journal The Lancet a month ago, which modelled how thorough and fast contact tracing needed to be to bring an outbreak of Covid-19 under control.

"It said, and I think this is plausible, contact tracing doesn't need to be perfectly complete. That paper said that if we could trace 80 percent we could still achieve control," Dr Verrall says.

"But what we can't compromise on is speed. We have to go from the case getting sick, to their diagnosis, their result coming back and being reported, the public health service being notified and the contacts being notified and put in isolation."

All that had to happen within four days to stay ahead of the spread, he said.

Initially, testing turn-around times were slower than that in some cases. However, the Ministry of Health says that on average Covid-19 tests are now turned around within a day, with contact-tracing beginning as soon as a positive result is confirmed. The ministry could not give an average timeframe for the entire process - from diagnosis to isolation of contacts - other than to say it "varies widely depending on the situation".

Could we go back into a level-four lockdown?

Hendy says that when the initial lockdown period ends, our level 4 days are highly unlikely to be over.

The most likely scenario is an easing of restrictions - back to level 3 or even level 2 - but with aggressive contact-tracing and testing to weed out new cases. If new clusters flare up, level 4 could be brought back in as a back-up.

"At least one scenario we've looked at, we could manage it with much shorter lockdowns than this one," Hendy says. "If you do enough work at the outset then your ramp-up back to level 4 can be a bit of a fail-safe, and it may not have to be as lengthy and as strong as this initial one. You've used this initial period to slow the disease right down and then you can use that switch back up to level 4 to break any waves that hit you again."

Level 4 could also be applied with much more precision, he says.

The effect of the initial lockdown has been to localise the spread of the virus - clusters have largely been contained to the region they originated in.

"We might be able to look at parts of the country that haven't had a case for a long time and have some degree of confidence that we could [lower] the level there," Hendy says. "That might also be useful for us, useful for the government, in understanding how people are going to react at that transition point."

Can we hack a longer lockdown?

Prime Minister Jacinda Ardern has praised the public for how well everyone has adhered to the restrictions so far. However, as time passes and cases fail to rocket up, Hendy says the lockdown may become harder to stomach for some.

Countries like Italy and France, which have had lockdowns in place for over a month already with plans to further extend them face much more horrific circumstances. "People overseas are actually doing it; they're making their lockdowns effective, but the qualification to that is that the disease is much more prevalent and so the situation facing them is scarier."

Victoria University clinical psychologist Dougal Sutherland says acceptance of a longer lockdown here depends on how and when the government makes its decision.

"If level 4 is to be extended for some or all of us, that decision needs to be made as soon as possible to allow people to adjust their expectations and reduce the feelings of disappointment and anger that may naturally occur," he says. "Having a bored and grumpy population who are losing motivation is a situation the government will want to avoid."

How will things change in the medium-term?

An end to level 4 isn't a return to normal life, Hendy says. "As soon as things get relaxed, everybody's going to want to go out and do a bunch of things that they haven't been able to do at level 4."

If everyone rushes out to fulfil their lockdown cravings, it "could actually be pretty bad", he says. "It's going to be really key how the government manages that transition and just makes sure that we don't all go a bit crazy and ruin all the good work that we've done at level 4."

Ayesha Verrall says the lockdown was necessary to buy time, but she would like to see more nuanced policy developed so the restriction levels don't need to be so blunt. "We have better tools than we did when we went in. So if we had more sophisticated surveillance, we could apply lockdown on a regional basis. If we had more strength in our contact tracing, we could have a higher threshold for the number of cases in any region before applying a lockdown."

New Zealand could also learn from countries like Hong Kong that have experienced previous outbreaks such as SARS. "They have a lot more in the social distancing toolkit than we appear to have and they use other options more creatively than we have."

That could include changes to the way the education system works, Verrall says. "Currently our framework has schools open, and schools closed. You can have schools where the children don't have a common lunch hour, which would reduce mixing; you can have much better processes around hygiene at school entry and exit. You could have guidelines for the seating in schools that will hopefully have some reduction in the amount of contact."

Similar behaviours could develop in businesses. "Some of the things like physical distancing - two metres in all your shop queues - we could apply those when the shops are open... In some cases, the number of people in a store at one time."

When will all of this be over?

Both Hendy and Verrall agree that the real end-game to the upheaval created by Covid-19 is a vaccine.

"If you're pursuing an elimination strategy so you avoid tens of thousands of deaths, then you need to manage the risk of an outbreak until you get a vaccine or a treatment - and that might be 18 months away," Verrall says.

Even countries like Italy that have suffered a huge death toll are nowhere near herd immunity, Hendy says. "Even though it seems like surely it must have peaked there, it's the lockdown that's forced that peak ... they could have exactly the same thing happen to them [again] in a couple of months."

The spread of Covid-19 overseas means that long after New Zealand is able to lift restrictions on everyday life, the border will remain closed, Hendy says. "The border controls are going to be with us the longest. The testing, the tracing, the self-isolation - that's going to be around for a while too."

Visiting friends and family within New Zealand and returning to work and school won't be quite as far away, he hopes. "Hopefully the physical distancing is something that - if we're able to eliminate - then we can start relaxing some of those things, which means many of us can get back to our jobs and have a bit of a social life again."