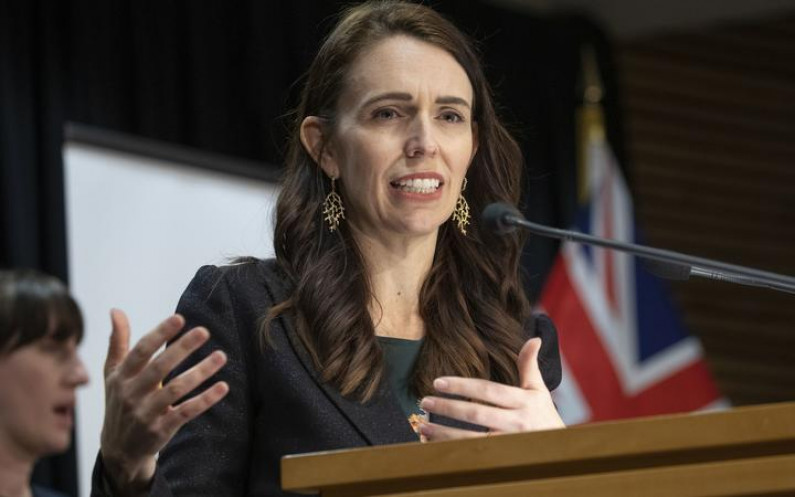 Prime Minister Jacinda Ardern has announced a new deal with Denmark for 500,000 more doses of the Pfizer vaccine.

Ardern and Director-General of Health Dr Ashley Bloomfield are giving an update on the Covid-19 situation.

The new vaccines are set to arrive in the country later this week.

Ardern said this will bolster the vaccine rollout for the rest of the month, ahead of the large planned shipments in October.

"Combined the Denmark and the Spain deals leave us in the strongest position possible to vaccinate at pace.

"There is now nothing holding us back."

Ardern pointed to the US, where hospitals were heavily dominated by the unvaccinated.

"We know the vaccine helps break chains of transmission.

"People have been getting vaccinated for those around them, those they love," she said.

She said half a million Aucklanders are now fully vaccinated.

"Thank you Auckland, and keep it up. You are doing the very best you can do right now to avoid future scenarios like the one we are in."

Cabinet is meeting tomorrow to consider any changes to alert levels with Auckland currently at alert level 4 until 11.59pm on Tuesday and the rest of New Zealand at alert level 2.

Ardern began today's briefing by acknowledging "how hard it is when numbers jump around as they have been doing in the last few days".

But with health authorities aware of where the vast majority of our cases are coming from, "our general direction is positive, and our goals remain the same".

Yesterday there were 23 new cases of Covid-19 reported in the community in New Zealand, more than double the amount reported on Friday when 11 cases were reported.

The Ministry of Health issued a statement last night stating that three people who presented to Middlemore Hospital this week have tested positive for Covid-19. Those cases follow two other cases that were connected to the hospital in recent days.

Auckland Mayor Phil Goff said he did not expect that Monday's announcement would indicate a change to the alert level for the city given rise in the number of Covid cases on Saturday.