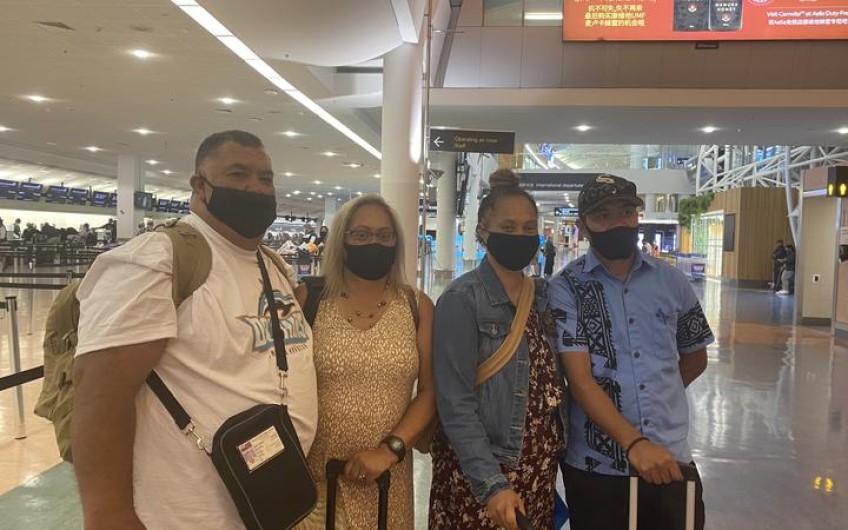 The Cook Islands has reopened its borders to fully vaccinated New Zealanders, but with less fanfare and more trepidation than last year's kick-off.

The two-way quarantine-free travel bubble lasted just three months in 2021 before authorities pulled the pin due to Auckland's Delta outbreak.

Since then, the island nation has vaccinated close to 100 percent of its eligible population, paving the way for today's reconnection.

"We've been open and closed before. Omicron is running away in Australia. There's so much uncertainty."

Crocombe, the owner of the Rarotongan Beach Resort, said initial demand had been modest, below what he had hoped and expected.

"There's no stampede [of tourists] this time. This has been very muted, very measured, very slow."

He said the summer months were typically quiet for the Cook Islands, but believed demand was also down due to traveller fatigue with tourists delaying plans due to the constant uncertainty.

"If you listen to our colleagues in Queenstown, they're not even getting the Aucklanders to move to Queenstown in the numbers they would've expected, so the market is definitely spooked."

Scott, who manages the Muri Beach Club Hotel, said most properties were at 30-40 percent capacity over the next few months, but would pick up from April onwards.

"Maybe it's a blessing in disguise," she said.

"We haven't had Covid here ... perhaps a slower start does allow us to adapt to some of the new procedures and practices that have come on board."

Cook Islands Tourism Australasia general manager Graeme West said bookings were "reasonably quiet" for the next few months, but that would turn around as New Zealand moved into winter.

"Given we're starting mid-January, the demand has been good, but not as crazy as last time. From April on, we're seeing very good bookings."

Passengers at check-in for the first flight to the Cook Islands. Photo: RNZ / Lydia Lewis

House of Travel chief operating officer Brent Thomas said it would take a long time for international travel to return to pre-Covid-19 levels, but the Cook Islands was well placed to bounce back.

"The Cook Islands itself is actually a relatively small destination in terms of its capacity so it's not some place that takes a lot to fill it up."

Air New Zealand's chief operational integrity and safety officer David Morgan said the airline had "strong demand" for bookings this month, with "some seat availability in late January and February".

The airline was offering a daily service between Auckland and Rarotonga but would adjust the schedule "where possible" as it monitored demand.

Only double-vaccinated travellers, from the age of 12 up, will be allowed into the Pacific nation, with a negative Covid-19 test required no more than 48 hours before departure.

Once in Rarotonga, passengers will need to take a rapid antigen test before travelling on to Aitutaki.