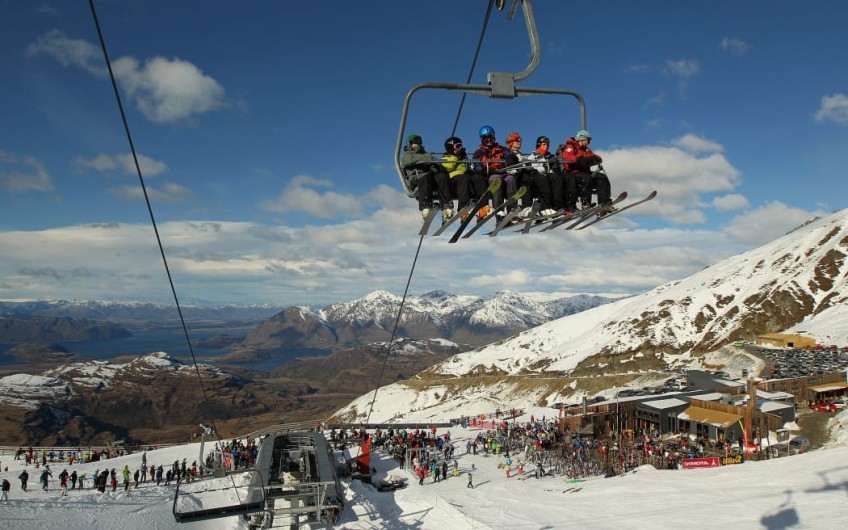 As international travel climbs back to pre-pandemic levels, climate change experts are urging New Zealanders to re-think the way they fly and even axe trans-Tasman getaways.

Despite that, international travel has been taking off.

Auckland International Airport has reported travel is back to just over 50 percent of pre-pandemic levels. Air New Zealand expected to be back to 90 percent of all of its flights by 2025.

Overseas estimates are the world's set to reach pre-pandemic levels of air travel in just two years, by 2024.

"The question is do we need to do that travel like we did in the past. I know people that have been to Melbourne for the weekend just to go shopping.

"It's quite nice to go to Melbourne but there is a cost to that and a cost to the environment," Dr Sims said.

Recent findings from an Otago University study surprised even the researchers - revealing long-haul emissions had increased between 2007 to 2017 and short-haul emissions had remained the same - despite talk of planes getting more efficient.

"This apparent decrease in the efficiency of aeroplanes servicing New Zealand, across 21 airlines, seems to be due to operational factors such as seating density," leader of the research team Dr Inga Smith said.

Dr Sims said alternatives and biofuels were in the works but were still years away, especially where commercial international travel was concerned

"Small electric planes are nearly here now so they might be able to buzz up and down New Zealand but from an international point of view we will be producing greenhouse gas emissions for many years to come," he said.

Professor of Applied Mathematics Robert McLachlan said one thing that needed to change was trans-Tasman travel.

"People like to fly from Melbourne to Queenstown in the evening, ski the next day, and go back the following day. Now, that is not sustainable in the long-term to have people doing one-day ski trips between Australia and New Zealand," he said.

Those type of trips were worse than young people flying abroad in their thousands for their overseas experience, McLachlan said.

"The OE is probably fine because you are travelling a long way but you are probably staying overseas for a long time so the most damaging ones are people who fly very frequently long distances or stay for a short time," McLachlan said.

Paul Winton has a PHD in engineering and set up the 1Point5 Project to help people reduce greenhouse gas emissions. He had similar advice.

"Maybe rather than going every couple of years you go every three or four years to visit family in Australia. So, there are some things that are in our control," he said.

Winton said road transport and freight were two other major carbon contributors and pointed out it was on governments to do the heavy lifting to bring about change and decarbonise societies.

Governments were, so far, failing to do what was needed, Winton said.

Main image (RNZ/Getty Images): One-day trans-Tasman skiing trips should be off the agenda, an expert says.