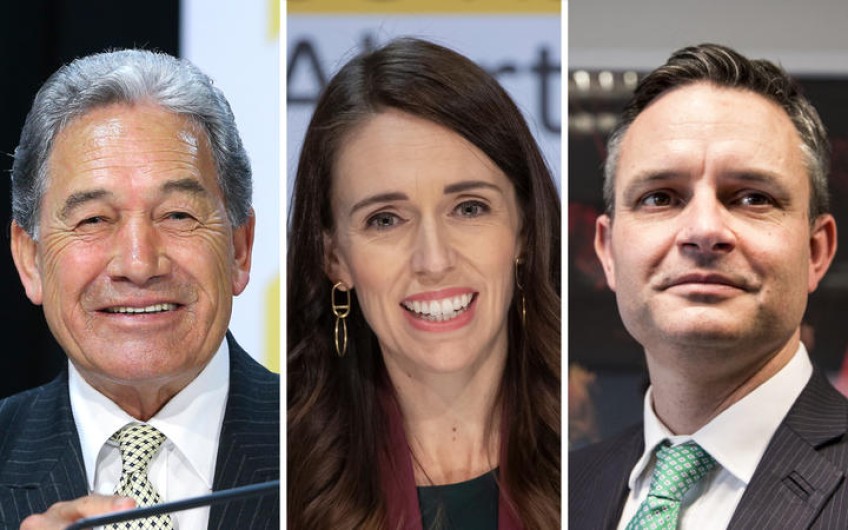 Budget 2020: Parties look to secure wins from $20b ahead of election

A $50 billion Covid-19 rescue package poured out of the Crown coffers yesterday when the government revealed its rebuild plan - but it is the $20b blank cheque that has got the Opposition crying foul.

With just four months and four days until the election, the National Party has labelled it a slush fund for election bribes.

The campaign has unofficially kicked off and even New Zealand First and the Greens started singing from their own songsheets within hours of the Minister of Finance delivering his election-year Budget.

The National Party's criticism started in 2017 with the $3b Provincial Growth Fund set up as part of the Labour-New Zealand First coalition.

But their opposition to the splashing of cash in the regions has nothing on Grant Robertson's Budget recovery package.

The plan lays out an initial $16b of spending - $14b has already been allocated, leaving about $20b unspent.

The Opposition leader, Simon Bridges, said New Zealanders would see it for what it was - an election bribe.

"Sadly, a $50 billion slush fund is not a plan for jobs and growth. Much isn't allocated, leaving over $20 billion to spray prior to election 2020," he said.

He said it was much easier to spend money than it was to create an actual plan.

The prime minister said the Opposition was being political and dismissive at a time when the country was hurting.

"I'd have to say it's fairly cynical and does a disservice to New Zealanders at a time when they know that our rebuild phase and our rebuild plan will be critical to their livelihoods," she said.

Just four months out from an election and each of the governing parties will be looking to secure their wins from the $20b.

New Zealand First leader Winston Peters is an old-hand at electioneering - just two days before the Budget he was throwing money at all-weather race tracks - two years earlier it was good-looking racehorses.

Now it is his fisheries voter base that is front of mind.

"King salmon, our breed grown in New Zealand is 40 percent higher in the market than anywhere else in the whole wide world. You'd think we'd be screaming to build aquacutlure because it means billions in export wealth," Peters said.

The Green Party is also fighting for minor party survival at the election, and its co-leader James Shaw has a few ideas about how to spend a large chunk of cash.

"The climate crisis, the housing crisis, the crisis in our rivers and in our marine environment and in our forests. Our three waters infrastructure, you know the water that's coming out of our taps is unsafe to drink and it does occasionally run dry. So there are a series of things that we need to fix, all of which create jobs," he said.

Shaw said it was actually the perfect time for parties to start offering up their own visions for the rebuild.

While the three governing parties fight that one out, the Minister of Finance has given certainty to failing businesses with an extension to the wage subsidy scheme.

But the fact some businesses were struggling had escaped Peters, who questioned why staff would be getting laid off.

"Most of them have only got about a week's cash, you know, they really are operating hand to mouth in most parts of the country and so it doesn't surprise me that there have been small businesses that haven't been able to sustain it, even though there has been a fairly significant wage subsidy in place," he said.

While Covid-19 has put the brakes on businesses and people's livelihoods, it has not derailed the election.

With Budget Day done and dusted, all eyes are now on 19 September.