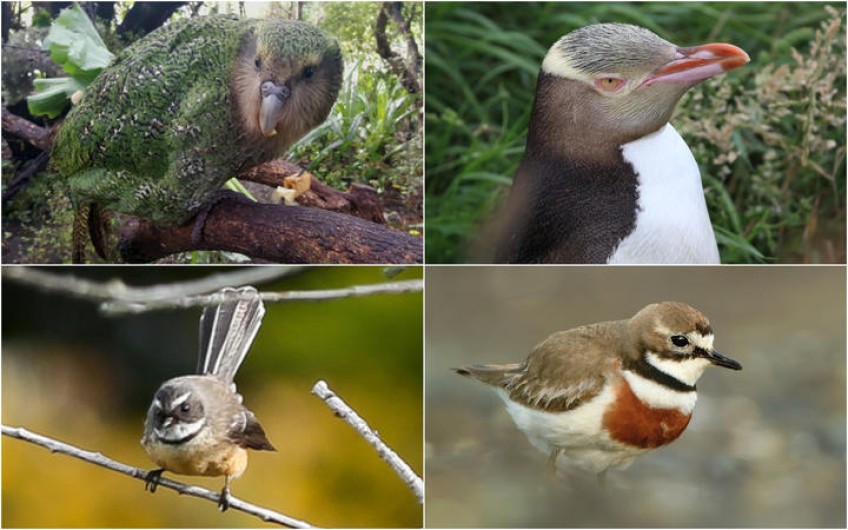 Bird of the year 2019: Hoiho takes the winning title

The winner of Bird of the Year 2019 has been revealed after a tight contest between the hoiho and the kākāpō.

The hoiho, or yellow-eyed penguin, has been proclaimed the victor - marking the competition's first seabird winner.

The kākāpō, black robin, banded dotterel and pīwakawaka were all close on the winner's tail - ranking second, third, fourth and fifth respectively.

Hours left until @Forest_and_Bird's #BirdOfTheYear voting closes for 2019.Who will be crowned the top birb? If you’re placing your number one vote with one of this year’s faves, know the facts. Vote here before 5pm: https://t.co/pY2Jh0RWH8 pic.twitter.com/mhnLWmrPFK

This is the first time voters have been able to rank their preferences for the birds, instead of the first-past-the-post system used previously.

The kererū won top spot in last year's competition in which about 50,000 votes were cast.

Forest & Bird spokesperson Laura Keown told RNZ at the start of voting that although the competition is light-hearted, it also raised awareness of New Zealand's native birds and the threats they faced.

"When you visit the bird of the year website you can see the threats facing our birds and unfortunately over three quarters of our birds are in serious trouble and may be facing extinction."

Read and listen to The Detail's backgrounder on the serious message behind a fun competition:

NZ in a flutter over Bird of the Year.