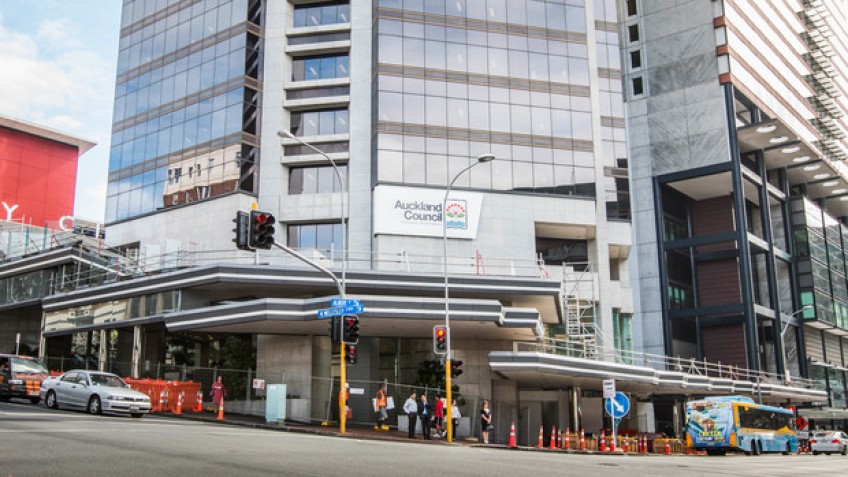 The council's development arm, Panuku, has been taking the council to the Environment Court over its refusal to allow a residential development on Dominion Road.

Two council departments are also in court over whether to build a seawall in Orewa.

Figures released to RNZ show the Orewa case has now cost the council $1.26m, with $1.1m of that taken on by the Community Facilities department.

The dispute began after the council wanted to build the seawall, but had to go through its own formal consent process.

For fairness, the case was heard by independent commissioners on the council's behalf - but they turned the application down.

The council still wanted it, so effectively had to appeal its own decision in the Environment Court.

The other dispute was over a five-storey retail and apartment block that Panuku (which is council owned but acts largely independently) wanted to build in Dominion Road.

The council refused permission and Panuku appealed. That has cost Panuku $572,000 so far.

The council says it has spent $25,000 on its case, but that did not include the cost of its external lawyers, which could not be itemised because they charge a flat fee for all their council work.

However, in a new development, mayor Phil Goff said the two sides have now resolved their differences and will no longer oppose each other in court.

But the hearing will still proceed next month because neighbours still oppose the development.

Mayoral candidate John Tamihere, who wanted to curb the independence of council controlled organisations like Panuku, said it was ridiculous that the disputes had got this far.

"What you've got to do is take a grown up approach and get a mediator down to the mayors office, and sort it out there rather than go through elongated legal proceedings that benefit nobody but lawyers," he said.

Mr Goff points out the council has now done that with the Dominion Road development. However the appeal process was a necessary check on power, he said.

"Yes it is expensive and I regret that, but not to have that process would… allow the council effectively to do whatever it liked, because it was the judge in its own case," he said.