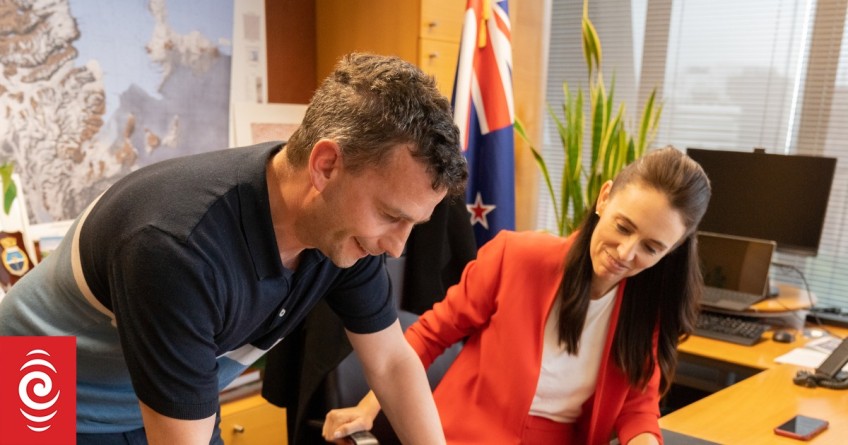 Prime Minister Jacinda Ardern and ACT leader David Seymour are teaming up for charity after she was caught calling him an "arrogant prick" in Parliament.

The two leaders will sign a framed transcript of the remark and auction it on Trade Me, with proceeds going to the Prostate Cancer Foundation.

"Standing up for pricks everywhere," he said.

"A couple of people suggested parts of the idea, I put it together and suggested it to the prime minister and she got it immediately, so I think it's a great Kiwi ending to what could have been a nasty incident."

In a statement, he said the frame was bought on sale at Briscoes.

Ardern posted a link to the auction on social media, saying the quote had been immortalised "in the spirit of good sportsmanship and a good cause".

The remark - muttered to her deputy after a combative Question from Seymour on Tuesday, the second-to-last sitting day of the year - was picked up faintly by the debating chamber's microphone and preserved in the official Parliamentary transcript, known as Hansard.

Ardern quickly sent him a text message to apologise, and later offered a further apology in the House.

Seymour at the time said it was "water off a duck's back".

Main image (RNZ/ACT Party): David Seymour and Jacinda Ardern sign the printout of Hansard they plan to auction off for charity.