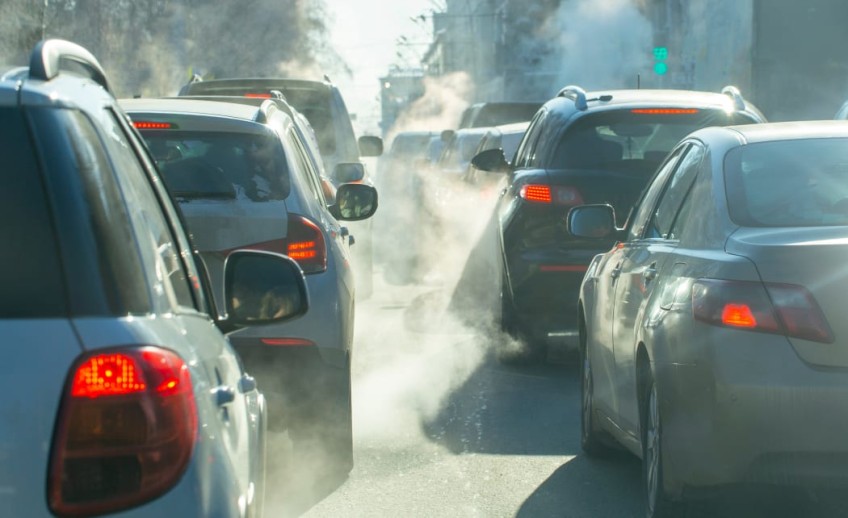 In findings which have startled scientists, new data shows car pollution is killing thousands of New Zealanders each year and costing the country billions of dollars.

The first-of-its-kind study has measured the health impacts of nitrogen dioxide, a toxic gas emitted by fossil fuel cars.

That meant as a whole, 10 percent of the people who died each year in the country were dying because of air pollution.

Exposure was also sending more than 13,000 people to hospital for respiratory and cardiac illnesses and giving the same number of children asthma.

The social cost of these health impacts was estimated to be $15.6 billion.

The study, Health and Air Pollution in New Zealand, was conducted by New Zealand experts in air quality, health, and economics.

It was the study's third instalment since 2012, but for the first time, pollution data from vehicles was measured.

Researchers said the extent of the nitrogen dioxide impacts were "unexpected" and "startling".

The country has almost 4.4 million motor vehicles and that figure is on an upwards trend.

Previously, air pollution measured in the country had been largely from fine pollution particles - which came from domestic fires, car breaks, and industry.

That pollution caused an estimated 1300 deaths in adults per year.

A closer look now showed that a further 2000 people were dying because of exposure to nitrogen dioxide.

That was because the pollutant was a major factor in stroke, heart disease, lung cancer and chronic respiratory diseases.

Young children, elderly, asthmatics and people with pre-existing heart or lung diseases were most vulnerable to both forms of air pollution.

Nitrogen dioxide is sending an estimated 8500 people to hospital with cardiovascular or respiratory illness, compared to 4600 from other air pollutants.

An extra 6000 people are being hospitalised with a respiratory condition from nitrogen dioxide exposure.

It brings the total annual hospitalisations from all air pollution to 13,100.

New Zealand already has some of the highest asthma rates in the world, and the new research estimated that 13,200 cases of asthma in children were exclusively because of car pollution.

The cost of the harm

Not only is air pollution killing people and harming their health, it is costing the country $15.6b; and 60 percent of that is because of nitrogen dioxide.

The "social costs" of air pollution calculated in the study took into account the costs to society when people were sick or died from exposure.

It was not just in terms of the direct medical costs with illness and death, but a loss of output from people taking time off work, school and the loss of income.

The study used a "value of statistical life" which was the same used to cost road crash deaths.

It also estimated a cost of $36,000 for each person admitted to hospital with cardiac issues, and $31,700 for people with respiratory issues triggered by air pollution.

Childhood asthma hospitalisations are costing the country $1800 per case.

Air pollution is also causing 1.745 million restricted activity days - days where people cannot do the things they normally would because of the bad air.

Data for the study was collected from 2016 statistics because at the study's commencement in 2019, it was the most suitable on hand.