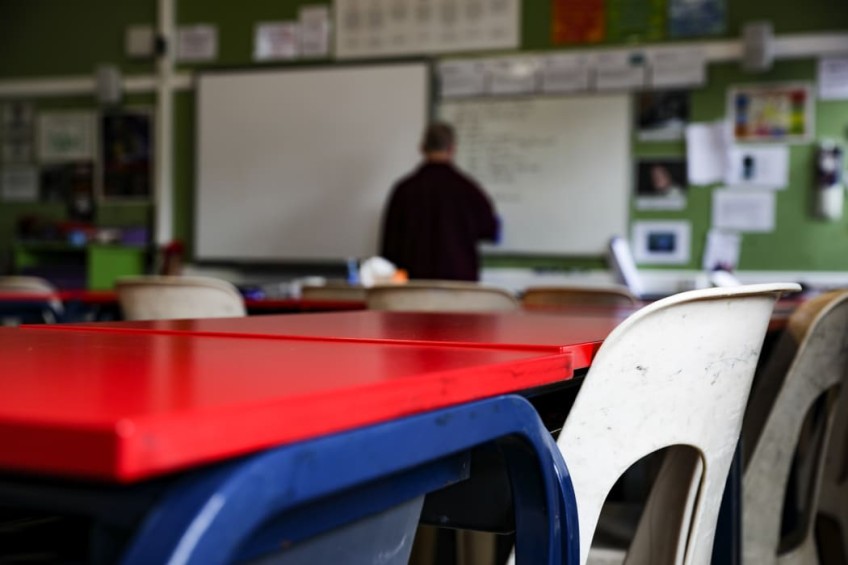 Absences 'through the roof' at schools due to illness surge

Schools around the country have been cancelling classes because of a surge of Covid-19 and winter illnesses among staff.

Some are rostering particular year levels home or asking families to keep children away because they don't have enough teachers on site.

Principals are worried that the worst is yet to come if there is a second wave of Omicron cases.

In Christchurch, Rāwhiti School principal Liz Weir said it had its worst day for teacher absences and took the unprecendented step of asking some parents to keep children home.

"In term one we had very high levels of student absence, we had up to 40 percent of our school away on any given day and therefore if we had some teachers away there was a little bit of wriggle room - if you've got 240 kids away you don't need your full complement of teachers. This term the kids are back but it's the teachers that are getting sick really regularly," she said.

She said the Education Ministry was covering more of the cost of staff sick leave than usual, but the school had already used up most of its budget for relief teachers and sick leave.

"My staffing deficit is currently looking like it would normally look in December after a whole year of teacher absence and we're not even halfway though the year yet so there's a real financial implication here," she said.

Cashmere High School principal Joe Eccleton said it would roster home one year group each week for at least the next two weeks and possibly the rest of the term.

He said the school did not have any other options.

"It's not ideal but when you have such large staff absences it's almost impossible to keep the school going. A couple of Fridays ago we had 29 staff away on the Friday, only seven with Covid, so there's a whole range of other illnesses that are around the school community at the moment," he said.

"You don't know on any one day how many staff you will have. You could get a text at 8 o'clock the night before to say 'I've got Covid I can't come in' or 'I'm needing to isolate for the next week' and you know you don't have a pool of relief staff that you can call into the school. We can redeploy staff from other roles and we have to constantly reorganise our systems and our structures and ways of working just to keep the school going," she said.

She said the lack of staff was combining with student absences in a way that made learning messy and complicated.

"None of it's happening in train with one another so you've got one student that might be away and then come back and then their teacher might be away. And then go to another class and a teacher might be away or other students will be away so the teacher's busy trying to work out how can I best catch everyone up and meet them where their needs are," she said.

Education Ministry figures showed student attendance in the past couple of weeks was around 83 percent, better than in March, though there were recently about 20,000 pupils learning from home.