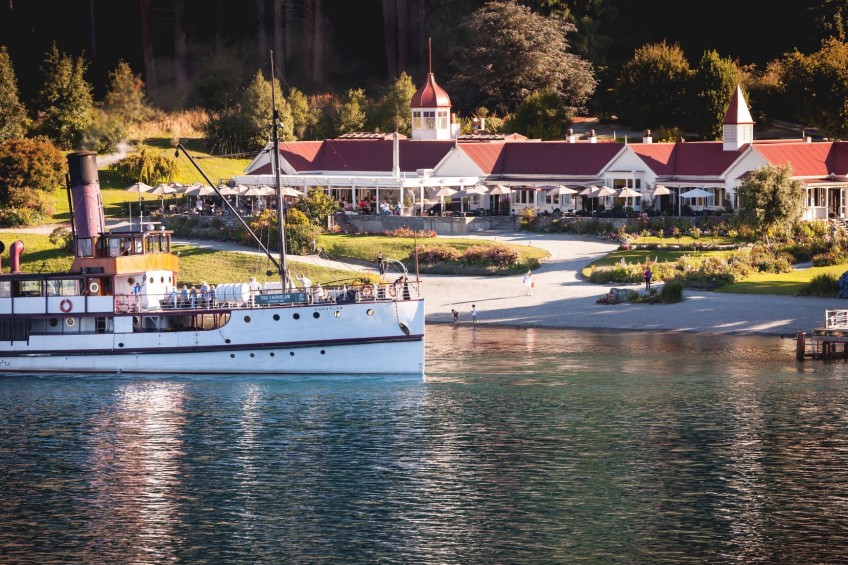 Real Journeys General Manager Paul Norris says the original garden was established by the McKenzie family in the late 1800s and their family home, named Ardmore House after the family’s village in Scotland, is still on the site. 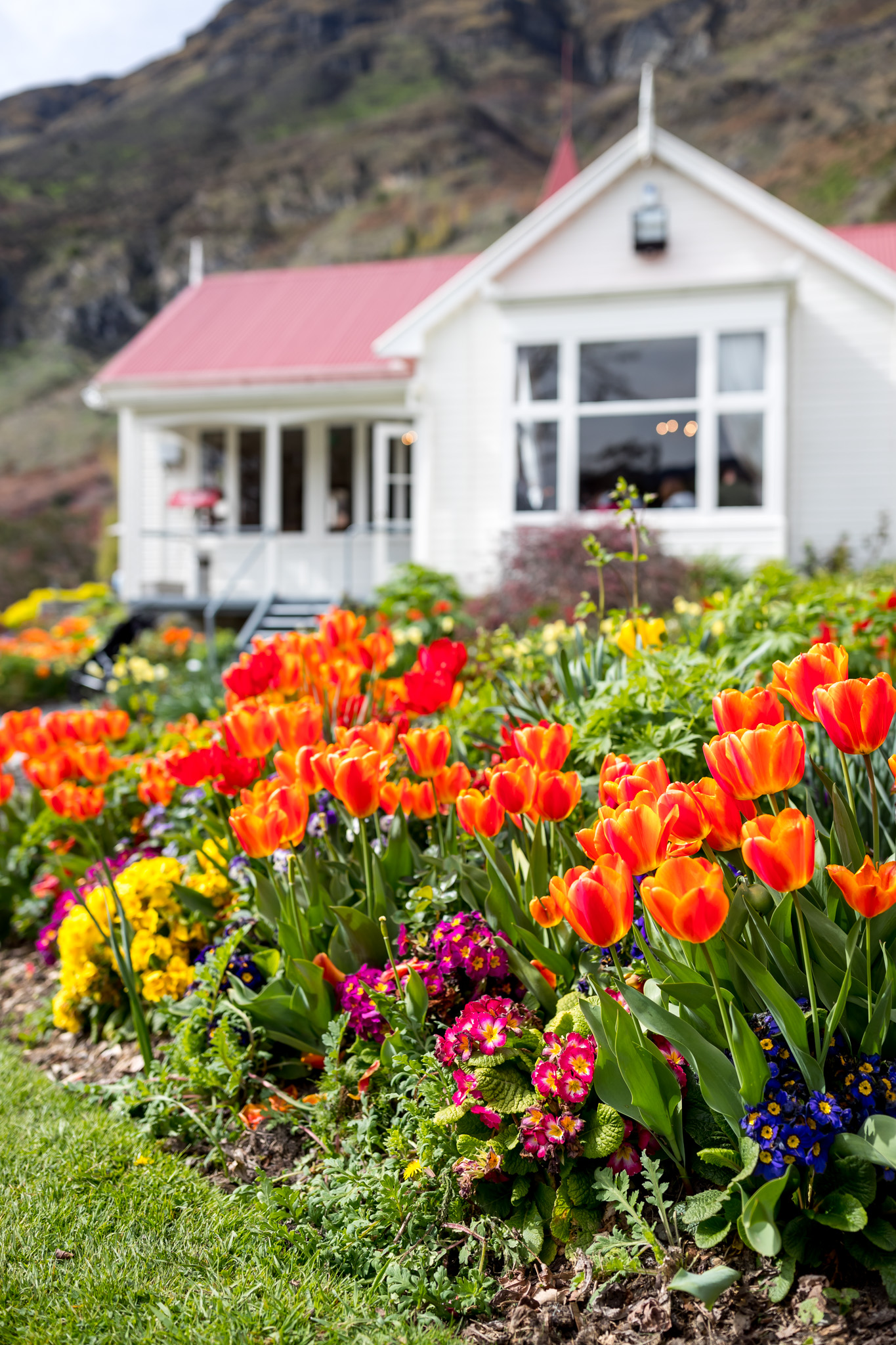 The Colonel’s Homestead with a view of the Walter Peak garden.

“Thanks to the unique microclimate at Walter Peak, certain plant species not normally found in Central Otago happily flourish here, including a kauri tree which is believed to be the southernmost specimen in New Zealand.”

Another native worthy of note is the kaka beak shrub, which is critically endangered and also normally only found in the North Island. Non-native notables include giant redwood trees, which shelter the garden from the wind, and East Asian cherry trees.

“Year-round there are plants to admire, from narcissi in winter, tulips in spring, roses in summer, to the glorious colours of the trees in autumn,” says Norris.

“Since 2014, there has also been an intensive planting of native trees after the wilding pines on Beach Point were removed to restore the area to a combination of native plants and pastures.”

Established as a Trust of the Royal New Zealand Institute of Horticulture, the New Zealand Gardens Trust (NZGT) promotes the best in New Zealand gardens and horticulture.

In its assessor’s report, the NZGT noted that the planted beds at Walter Peak are very well maintained and designed with an excellent variety of plants creating subtle variations in line, texture and colour.

To visit the gardens simply book a Walter Peak farm tour, dining experience or horse trek, each of which includes a cruise on the historic TSS Earnslaw steamship.