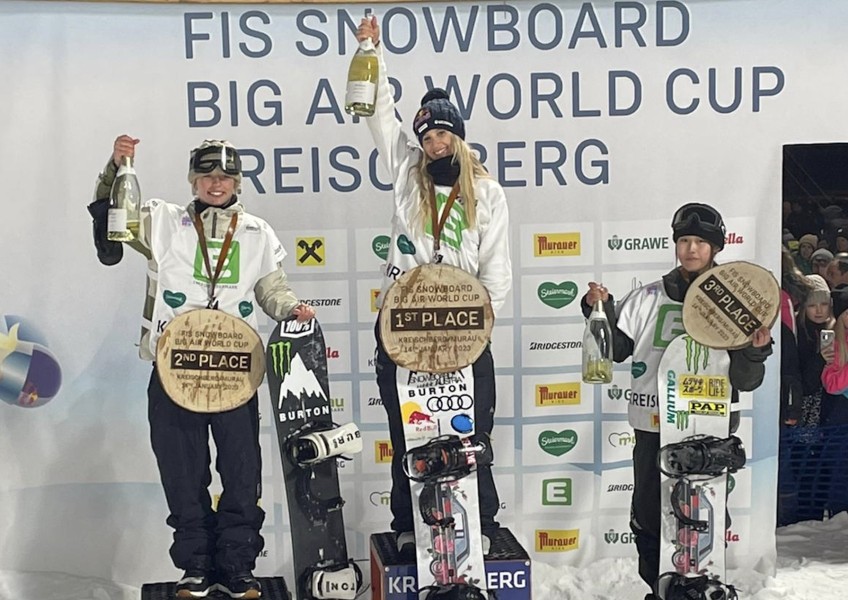 Zoi gets Silver in her first major event of 2023

Sadowski-Synnott said, “It was super sick to be back in the bib, I’m stoked to be back competing. My last competition was the Winter Olympics, so to end up on the podium tonight at my first comp back is awesome.”

Snowboard Big Air comprises of each athlete taking three runs, with their top two run scores (consisting of two different tricks) combined to generate the ranking. Qualifying rounds were held earlier in the day, before the finals went down under the floodlights in front of an excited crowd. 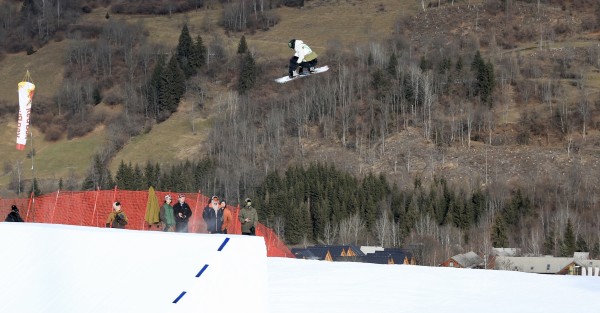 Sadowski-Synnott had an uncharacteristic start, crashing on her first run attempting a highly technical switch backside 1260 with a weddle grab. Undeterred, she made her way back to the top, gave the trick another attempt and absolutely stomped it to the delight of Sadowski-Synnott and her team. The judges were suitably impressed and rewarded her with a huge score, a 97.50, the single highest score of the day.

Asking her how she reset after the crash, Sadowski-Synnott explained; “In qualifiers I had the same situation where I fell on my first run, I just had to keep my head in the game, I knew I could do the trick, so I just had to stay focused.”

Tom Willmott, Snow Sports NZ Park & Pipe Head Coach and Pathway Director explained; “Zoi's switch backside 1260 weddle was the best trick landed yet in women’s snowboard competition.  Landing this in competition after achieving it in training at Cardrona Alpine Resort back in September is a momentous occasion that has taken a whole lot of focus and dedication. Having this new trick in Zoi’s arsenal is a massive asset for future events.”

Standing at the top of the course for her third and final run, it was all on the line for Sadowski-Synnott. No stranger to pressure, Sadowski-Synnott dropped in and laced together a textbook backside 1080, scoring a 79.00.

Her combined score of 176.50 was enough to secure a second-place finish. Anna Gasser of Austria, 2022 Winter Olympic Big Air gold medalist, took the win today, spurred on by a huge home crowd. Kokomo Murase of Japan rounded out the podium in third place.

These three women also stood on the Big Air podium at the Beijing 2022 Winter Olympic Games in the same order.

“It was a big like Déjà vu being the same podium as the Olympics which is a bit crazy, I am super stoked with how the event went because all the girls were ripping so hard and it is awesome to be on the podium once again with Anna and Kokomo,” said Sadowski-Synnott.

Sadowski-Synnott and the Kiwi snowboarders will next be in action next weekend at the LAAX Slopestyle World Cup in Switzerland.