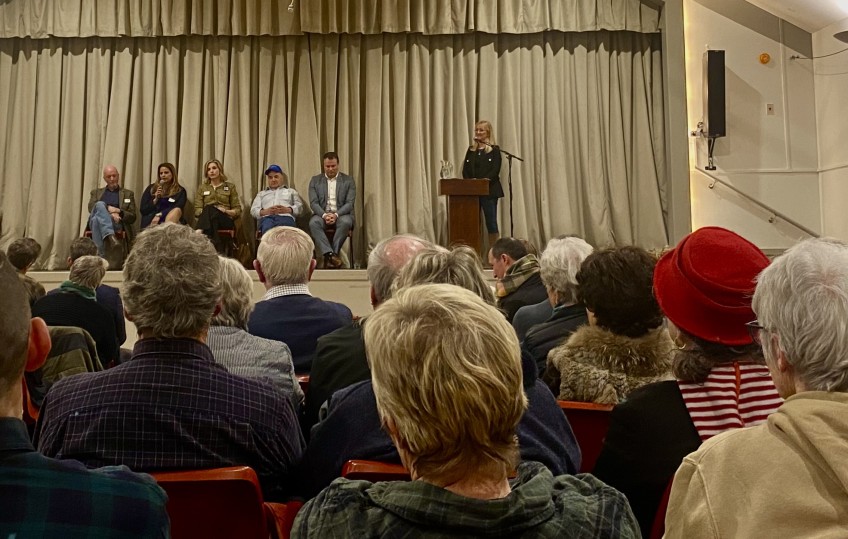 For Crux intern Brydie Macbeth, the upcoming local election will be the first she's eligible to vote in. 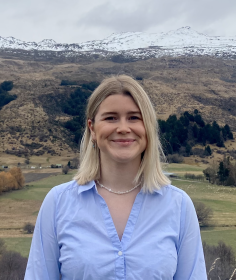 Statistically, there's a good chance she won't bother - at last count, young people aged 18 to 24 years old (and that's Brydie) are only about half as likely to have a say in a local election as somebody over the age of 65.

Only 42 percent of the population in general managed to vote in 2019.

So why the low turnout? And are our candidates engaging young people in the district? Could capturing the youth vote be key to bumping up New Zealand's dismal voting numbers?

Like plenty of her peers, Brydie's left Queenstown for now for tertiary study, but the district's home, and she's keen to come back one day.

What have those standing for local election got to say to her, and others in a similar boat?

If you're young, there's no question Queenstown, with its activities and allure, is the place to be.

For locals like me who grew up here, there's even more of a pull to move back to a place we call home after study and travel.

It's the place where our families and friends live; it's a place where we want to work and one day raise children.

Yet after watching our mayoral candidates discuss the issues of our district at the ‘Meet the Mayoral Candidates’ event in Arrowtown last week it's become apparent to me that some of the things that most concern young people aren’t at the forefront of the campaign trail. 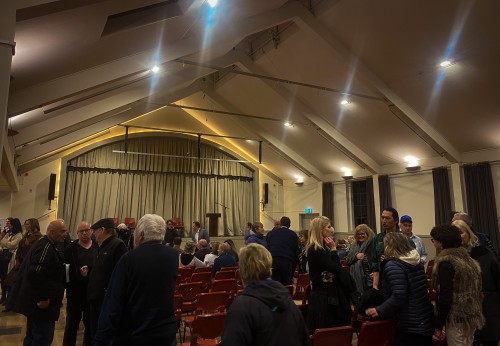 Locals attending the 'Meet the Mayoral Candidates' event in the Arrowtown Athenaeum Hall.

At the event, all the candidates committed to putting the people of the district at the centre - the idea of community-first was a primary one.

Yet a quick scan of the room and it seemed obvious the community wasn't well represented - other than an 11 year old attending with her dad to my left, I'd take a guess I was the sole representative for the under-25 category.

So why is it that our local young people aren’t engaged with our local government?

When young people look at who sits around council tables, they generally don't see themselves or others like them.

As mayoral candidate Olivia Wensley's pointed out on social media, there's more people called John (and Michael) than there are people under 40 on local councils. At least, that was the case in 2019, when Stuff Reporter Charlie Mitchell wrote this piece.

Personally, it feels more possible to make a difference in my district if I am seeing my age group reflected in council.

The underrepresentation of young people in our Queenstown Lakes political sphere has the possibility to discourage the input of our younger generations which we so desperately need.

At the end of the day it’s about empowering our young people and delegating them some responsibility.

Speaking to our youngest would-be councillor Cody Tucker, aged 27, running for the Wanaka-Upper Clutha Ward, I was comforted to find it isn’t just me who's noticing the under-representation of young people across our local body councils.

Mr Tucker believes education and involvement needs to start younger, at a grassroots level, and be relevant to different age groups.

“More support from local community groups and incorporating these values at an educational level is needed to help these young people to understand," he says.

He thinks it would also help for our mayors and councillors to try more to engage with young people using modern communication channels and in more contemporary, fun ways.

“You can involve more people by making it entertaining and get updated in a way that’s more charismatic.”

I asked him why he thinks he's the youngest person running for council and why there's not more like him - it comes down to the feasibility of it, he says.

“You need to be in a position to have the time and platform to do so effectively, you need to be flexible in your work.”

The transitory nature of our younger community members further contributes to this, with a three-year council term binding individuals to stay in the area.

“When you’re in your 20s you want the flexibility to be able to move around and explore. Being fixed to a three-year term, this requires you to stay put,” Mr Tucker says.

When the policies include us, that's a motivator.

Speaking at the Arrowtown event, mayoral candidate Olivia Wensley says she's standing for the next generation, with hopes of creating more meaningful job opportunities and economic diversification, so the Queenstown Lakes can be a place where careers can grow.

“So the next generation and current one can seriously thrive,” she says.

I agree, job opportunities are indeed a way to bring us back home - we need a variation of positions across industries so Queenstown can attract those kick starting their careers like the cities do.

Mayoral candidate Jon Mitchell also addressed the issue, saying he worries his own daughter will struggle when she returns to the area from overseas.

“We need to add more jobs to the local economy."

Jobs are all well and good, but it won’t work unless you have somewhere to live.

Glyn Lewers, the only sitting councillor vying for the job of mayor, says the district currently has 800 families on the waitlist for affordable homes.

She supports the community housing trust model, and thinks developers need to be held accountable as currently “people who want to rent and buy affordably can’t due to developers not fulfilling these promises”.

So where is the room for our young people?

The supply and demand relationship for housing will continue to grow and with this, one of the district's primary concerns is overdevelopment and urban sprawl.

Cody Tucker agrees, describing housing as the largest ‘pinch-point’ for our young people.

Affordable housing will bring us back to the area but not if it's at the cost of our district's integrity.

We don’t want to leave a town and return to find an overdeveloped city in its place.

Out and about with the youth vote 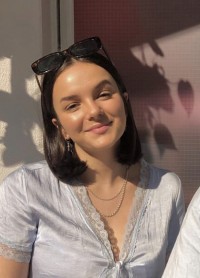 Do you think your friends/age demographic are interested in local politics, if not then why? Some of them might be, not most.

Can you name any six of the mayoral candidates? I know Olivia Wensley just because of her big campaign signs.

What do you think can be done to increase the involvement of young people and their voice in the Queenstown Lakes District? If there was an emphasis put onto the importance of youth interest in local politics and real appreciation for their opinions, there would probably be more interest from our end, by creating events, interacting in ways that are specifically targeting the youth perspective of the area. 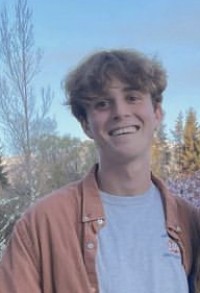 Will you be voting in the local election? Yes, it is part of our social responsibility.

Do you think your friends/age demographic are interested in local politics, if not then why? Nowhere near as much as they should be. There is a disconnect between youth and their local councils.

Can you name any of the six mayoral candidates? Personally, I cannot.

What do you think can be done to increase the involvement of young people and their voice in the Queenstown Lakes District? There is a lack of education around how local government functions which contributes to young people's disinterest in local politics. A compulsory civic society topic should be introduced into the high school curriculum, this is required in all 50 states of the USA. This would teach young people about their civic duty, legal rights and the importance of processes such as voting and make clear the different functions of national and local government in New Zealand. 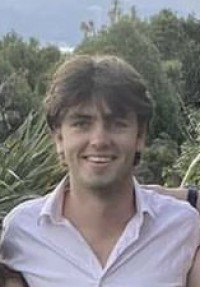 Do you think your friends/age demographic are interested in local politics, if not then why? Very few of us are directly connected to the community and a lot of the issues don’t concern us. Local kids move away and this creates less of a connection to the local body.

Can you name any of the six mayoral candidates? Glyn Lewers, Neeta Shetty and Jon someone.

What do you think can be done to increase the involvement of young people and their voice in the Queenstown Lakes District? We are always going to struggle finding young local candidates due to the three-year term period. It is often hard to commit and stay in one place for this long at a young age. However, representation of young members in council would likely increase involvement. 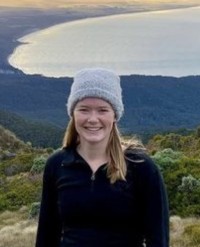 Do you think your friends/age demographic are interested in local politics, if not then why? Not

really, I feel like you never see what is actually being achieved as it is never communicated in ways our age demographic will see it.

Can you name any of the six mayoral candidates? There's one called Olivia because her sign is huge. I feel like there's a John.

What do you think can be done to increase the involvement of young people and their voice in the Queenstown Lakes District? Trying to access the young demographic in a different means, through social media or an approach that will directly reach us so we can see what they’re actually doing. 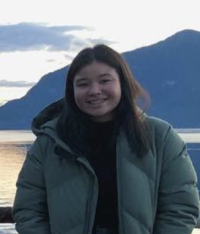 Will you be voting in the local election? Potentially, if I actually educate myself on the candidates first.

Do you think your friends/age demographic are interested in local politics, if not then why? Not hugely.

Can you name any of the six mayoral candidates? Nope.

What do you think can be done to increase the involvement of young people and their voice in the Queenstown Lakes District? Make more of an effort to educate us, target more policies towards us/our problems and support us. Just seem more interested in what it is we have to say. 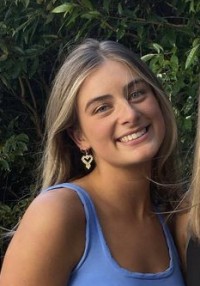 Do you think your friends/age demographic are interested in local politics, if not then why? No, none of us will vote because we don’t feel it affects us and we aren’t interested in the changes at this stage. Maybe when we are older we will care more about these elections.

Can you name any of the mayoral candidates (Central Otago District Council voter)? No

What do you think can be done to increase the involvement of young people and their voice in the Queenstown Lakes District? Be more relatable towards young people and engaging. Ask young people the changes they would like to see and if the council is capable of actioning these.