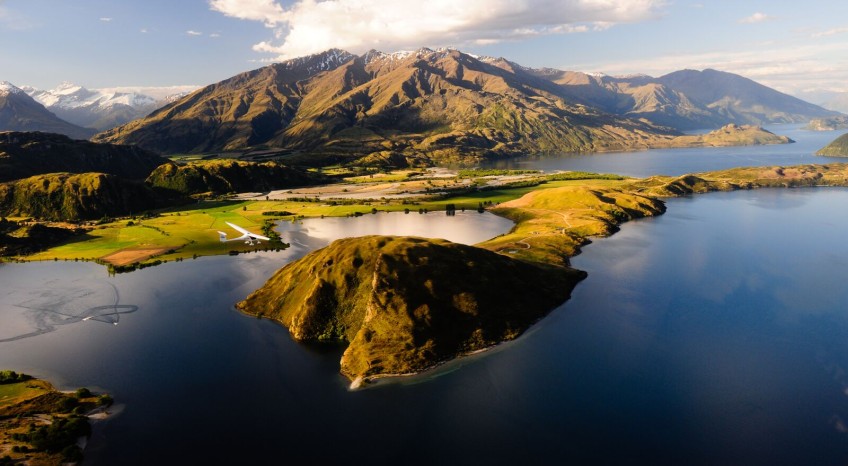 Wanaka airport expansion. Is 20 years of planning an unstoppable force?

Wouldn’t it be great to have a commercial airport in Wanaka! Fancy flying direct to Christchurch, Auckland, Wellington – maybe even Australia. No more driving over the Crown Range, dodging through the Frankton traffic, hustling with the Queenstown parking and airport crowds. Sounds brilliant doesn’t it. So handy and convenient. And grown-up! Our very own airport! 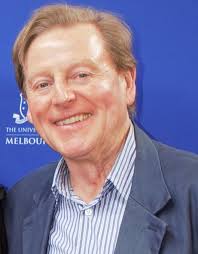 Hang on a minute – let’s just think this through. What does an airport capable of handling commercial jet aircraft actually involve? Why would somebody (who?) spend potentially hundreds of millions of dollars developing Wanaka airport from a General Aviation to commercial passenger airport just to give folks from the Upper Clutha easier access to domestic and maybe international travel?

The short and realistic answer is – they wouldn’t. You only have to look at how Air New Zealand has withdrawn or wound down services to a clutch of smaller towns around New Zealand over the past four years. They’ve stopped flying to Blenheim, Westport, Whakatane, Kaitaia and, earlier this year, the Kapiti Coast. Air New Zealand has also cut some routes to Palmerston North, Taupo, Hamilton, Whangarei and New Plymouth. The reason? They say the services were uneconomical.

So, what makes Wanaka different? Two things – it’s close to Queenstown and it is a tourist destination. What would make it worthwhile investing hundreds of millions of dollars in developing Wanaka airport is tourism and the projected growth in visitors wanting to come to New Zealand over the next 20 plus years. That is how a commercially run airport would recoup its investment and pay dividends to its shareholders.

Queenstown Airport Corporation is the company that has the license to manage the Wanaka airport. They have already acquired land surrounding the existing airport and signed a 100-year lease on Wanaka Airport with QLDC to future proof their options.

What are those options? They could increase the costs of leasing hangar and other space at the airport, increase landing fees and charge more for parking in order to generate an increase in revenue. But tough as that might be for the current leaseholders and operators, it’s not going to generate a huge amount of money and profit.

Much more likely is a plan to develop and upgrade Wanaka airport to become a commercial jet aircraft operation. The overall intention is pretty clear from the QAC’s Statement of Intent 2019-2021:

"Our vision is to position Queenstown and Wanaka Airports collectively as a World Leading Tourism Airport Group, taking full advantage of the region’s appeal as a leisure and visitor destination."

The QAC is currently undertaking a Wanaka Airport Masterplan which it says will be completed by September 2019. It will then be open to public consultation, to be completed by June 2020. It seems highly unlikely that the QAC would spend that amount of time and money to investigate the future business strategy for Wanaka Airport if they didn’t expect to come up with something significantly more ambitious and profitable than its current status, servicing the needs of general aviation, tourist flights and NASA.

That is especially so when you consider recent events in Queenstown, where in the face of a community backlash against QAC proposals to expand the noise boundaries and increase the airport’s capacity, the QAC was forced to back down and withdraw the noise boundary application to the QLDC. 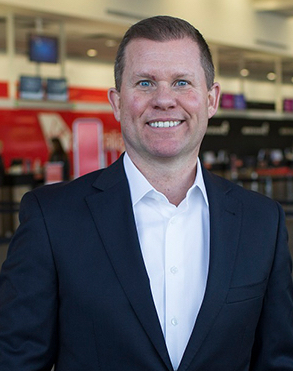 The QAC’s immediate response came from CEO Colin Keel who said that they would advance with work on their Wanaka Airport Masterplan while considering other key long-term planning initiatives. It’s reasonable to assume that QAC intend to direct the Wanaka Airport Master Plan more forcibly towards an option which allows for commercial jet aircraft to land in Wanaka, in order to accommodate the overflow from Queenstown.

That’s especially so since the QAC has made its preferences clear in its 2017 report: Queenstown Airport Master Plan Options – Let’s start talking about tomorrow. The report examines various options for managing the unexpectedly rapid growth of Queenstown airport and its capacity to handle the increasing number of visitors over the next 30 years.

The report states that by 2025, passenger movements through Queenstown Airport could reach 3.2 million (visitors/residents), and 25,000 aircraft movements a year. QAC projects that on a peak day that equates to 1,580 international passengers coming and going, and 13 aircraft movements, an hour.

Looking out to 2045, the report’s analysis shows potential demand of around 7 million passenger movements (3.5 million visitors/residents) each year by 2045. QAC believes about 5 million passenger movements (2.5 million visitors/residents) per year is more sustainable for Queenstown Airport (although that now looks questionable in the face of strong opposition to its noise boundary expansion application).

That suggests a deficit in capacity of 2 million passenger movements a year. A Wanaka airport operating as a dual airport with Queenstown looks an attractive option to QAC to pick up the shortfall.

On page 36 of the report, it poses the question under the heading New Airport - Should we move the airport? The report considers 20 locations for establishing a new airport but swiftly reduces those to two: Wanaka /Hawea Downs to the north, Five Rivers/Mossburn to the south. The report evaluates but then dismisses this idea for a number of reasons as being impractical and proceeds to the next proposition on page 39, titled: Dual Airport – What about Wanaka?

"We see Wanaka as a key element of a “one airport business, two complementary airports” approach to support economic growth across the region."

And in the report’s summary, QAC states:

"Dual airport option - we intend to pursue the dual complementary airport model with Queenstown and Wanaka airports. Once the long-term lease is finalised with QLDC, we will work with the community on future development plans for Wanaka Airport."

You might say – that’s all very well for QAC to work with the community on future development plans – but they are a company with vested commercial interests, 24.99% owned by Auckland Airport. QAC is not an elected body answerable to the ratepayers or communities of the Southern Lakes District.

QAC is run by a board of directors whose responsibility is to deliver positive commercial results for their shareholders.

That is clear in their Statement of Intent 2019-2021 – a report that goes to the QLDC for comment and consultation before being submitted to the QAC board, in accordance with the Local Government Act 2002.

"QAC’s business success and growth is intrinsically linked to the health of New Zealand’s tourism and visitor industry. In turn, the industry depends on Queenstown and Wanaka airports to provide sustainable air connectivity and a world-class visitor experience to support its tourism industry goal of achieving $41 billion annual revenue by 2025."

Yes, the QLDC is the majority shareholder with a 75.01% stake in QAC but that doesn’t absolve the QLDC from independently consulting its constituency on the larger issues of whether they want a commercial jet aircraft airport on their doorstep. At this point it helps if we take a step back in time and look at the history of what has been investigated, reported and consulted over the ten years. You may be surprised by what has already gone on, been studied and concluded.

In an accompanying video to the Airport of the Future, published on 12th August 2015, it says:

‘By 2030, two thirds of the global middle class will live in Asia Pacific. That’s over 3 billion people. We’re a hub in the middle of that growth’.

The consultation document goes on to say: ‘At the moment Wanaka Airport has a modest income stream of about $230,000 a year before interest and tax, largely from landing fees and ground rents. The Council’s long-term plan has a total capital programme of $396M, of which $1.5M relates to Wanaka Airport. Capital expenditure at the Airport depends on other core Council priorities such as network infrastructure. This level of investment is reactive only and is required to maintain existing infrastructure. It is insufficient to achieve the development required over the next decade or more to provide for the expected growth of the Airport.’

The document continues: under the heading of FUTURE GROWTH: Demand for air services across the District is increasing. Land and planning constraints make further expansion of Queenstown Airport difficult. At the same time, under its present governance structure, there is little incentive for the capital expenditure necessary to attract aviation services to Wanaka Airport. This review provides a significant opportunity for Wanaka Airport to grow. If planned and managed well, this could provide increased services to the Wanaka area and also reduce pressure on Queenstown Airport.

Gilks went on to say, "..we do know there are new opportunities at Wanaka Airport and there's the separate opportunity to share some of the facilities with Queenstown. Queenstown is constrained and is going to be more and more constrained. What we would like to do is reposition, as much as we can, the services between the two airports".

Local media asked whether that means Wanaka Airport is being groomed to handle the additional 2 million passenger movements per year.

‘Reasons for opposition vary, but are broadly due to: The additional adverse effects (particularly noise) that will result from further air traffic movements, and; Opposition to the effects of additional visitors to Queenstown more generally.’ The report also noted that: ‘The majority disagree that planning for growth in passenger numbers to 5.1 mppa (million passenger per annum) will have a positive effect for the local and regional economy: Many respondents indicated they see no benefits from the growth in passenger numbers proposed’.

All this raises a number of questions for residents and ratepayers in Wanaka, the Upper Clutha and district wide. Here are few to get the discussion going:

How can these be maintained while accommodating an expansion of Wanaka Airport’s capabilities to handle commercial jet aircraft and to cater for potentially 2 million passenger movements a year?

Declared Interest: I am a member of the Wanaka Stakeholders Group which is established:

➢ to discuss the likely long-term impact of such development on this area.