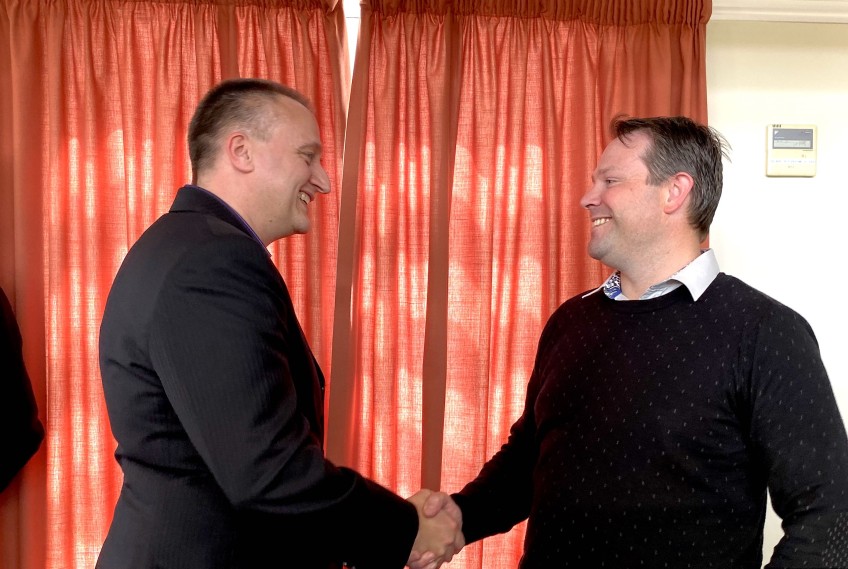 In a dramatic toss of a $2 coin Glyn Lewers has been elected to serve on QLDC after a recount yesterday put him level with competing candidate A J Mason.

The recount yesterday gave both candidates 2,183 votes after an error was found on a single voting paper.

A small crowd of media gathered in the council chamber just  before 3.00 pm for the fateful toss of the $NZ2 coin - as decreed by a District Court judge after the recount.

Crux covered the coin toss live. The winner was Glyn Lewers who had earlier told Crux he'd had some sleepless nights since losing to A J Mason in the initial results and then by just one vote in the final results - before the recount.