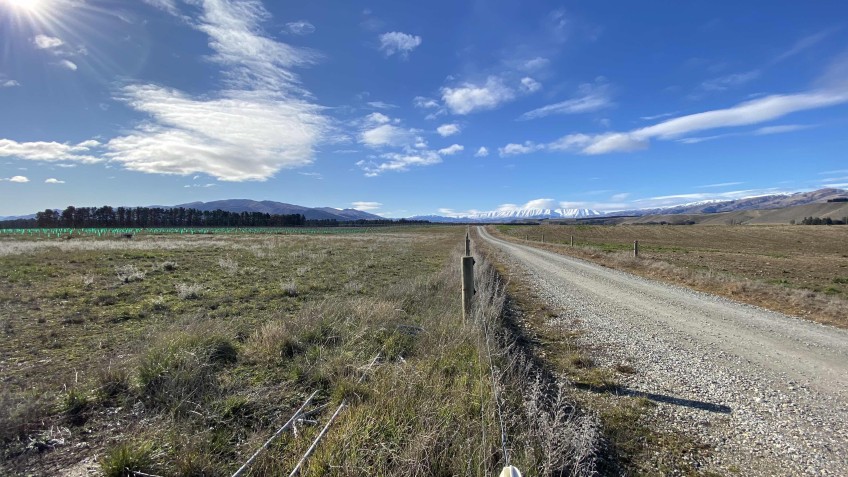 Tarras Airport: Cromwell Community Board on the fence

It was a contest of ideas at this afternoon’s Cromwell Community Board as representatives from both sides of the fence took advantage of the public forum to speak with the elected local representatives on the Tarras Airport proposal.

Rhys Boswell of Christchurch International Airport Ltd (CIAL) took the opportunity to provide a project update to the board, saying its research showed central Otago’s growing import population demands domestic and international connectivity and the Tarras Airport could deliver on that.

The grassroots anti-airport group told the community board members they plan to roll out the survey to households in the wider district, including those in Cromwell and Wānaka.

Almost every household in Tarras – 190 of them – had received the Sustainable Tarras survey, as well as 450 households in the Upper Clutha.

“Overall, there’s a lot of anxiety out there about the airport,” Ms Duxson told the board members.

“We feel the most important thing we can do to add to the conversation is really to produce reliable data about what communities think and what their concerns are.” 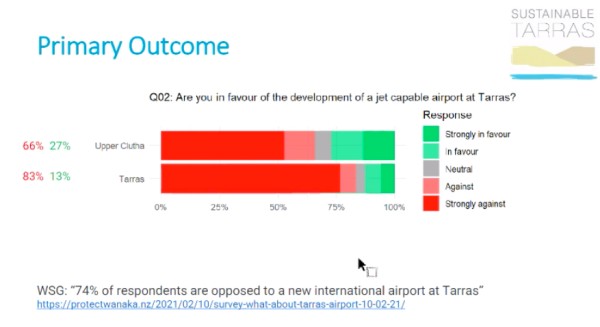 Not in our backyard: that's the sentiment from Sustainable Tarras' initial survey respondents. Now the lobby group wants to ask more people across the district their view.

Mr Walton, a Queensberry homeowner and statistician has been involved in producing the survey and says the data and the process to collect it is robust.

“This is a contentious area. It was always going to be right from the start. So, we’ve built a bomb-proof design, which is going to be open to scrutiny.”

The general sentiment of those surveyed so far: two out of three respondents in the Upper Clutha are in opposition to the airport; in Tarras, it’s seven out of eight, Mr Walton told the board members.

Mr Boswell, speaking on behalf of the airport, unsurprisingly painted a different picture, based on the business’ own preliminary research to establish a business case for the airport.

Referring to the wider Southern Lakes and Central Otago region, Mr Boswell says 40 percent of residents had moved to the area in the past five years.

And this new imported local is typically mobile, he says.

“The residents of this region have a greater propensity to travel than any other part of New Zealand.

“These migrants have a requirement, a desire, to stay connected to their communities and businesses in other parts of New Zealand and the world.”

Relatively conservative estimates of population growth, based on Statistics New Zealand data, put the region’s population at more than 100,000 by 2050 – roughly the population of Dunedin, he told the board members.

It’s economic future depends on the “efficient movement of people and produce”, but through the Kawarau Gorge, in Queenstown, the established airport is being squeezed by noise limits, land restraints and night-time flying curfews, he says.

Dunedin and Invercargill airports don’t provide the desired connectivity and are “problematic” because of the drive times from central Otago, he says.

The case for wide body aircraft was laid: They can carry twice as many people and seven times as much freight, he says.

“So in a part of the world that currently struggles to find enough air freight capacity to service the needs of the existing export sectors such as horticulture…wide body capability would potentially have a tremendous impact.”

Ms Duxson told the board members it was coincidental she stood to talk in today’s public forum following on from the Christchurch Airport spokesperson – she was unaware they would be in attendance also.

Community board chair Anna Harrison welcomed the input from both the parties, but says it is too early and inappropriate for board members to voice any “strong opinions” either way on the proposed airport at this stage.