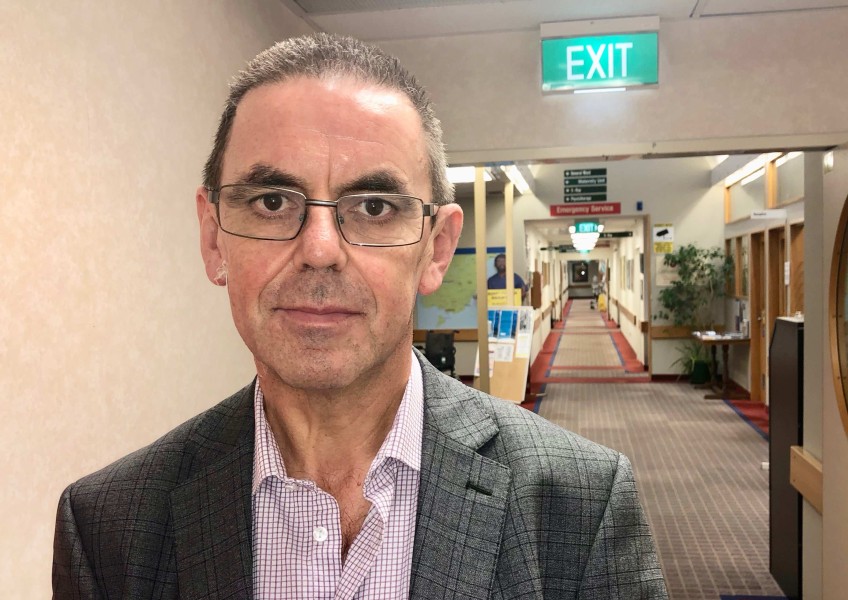 Southern District Health Board chief executive Chris Fleming has announced he's stepping down from the top job to pursue new business opportunities with his family.

It comes less than two months out from all district health boards being absorbed into a new Crown entity, Health New Zealand.

After 30 years in the health sector, 15 of which have been spent at the helm of three different district health boards, Mr Fleming will finish up with the SDHB on June 30.

He has been at the SDHB for the last six years.

In a statement provided to media this afternoon, Mr Fleming says for several years he has been considering purchasing a family business with his wife and son.

“Despite the exciting future ahead in health, with the transition to Health New Zealand on July 1, I have been contemplating the right move for me and my family, and I’ve decided that the time is right for me to do something completely different for now.

"It is likely that I may become involved in the health system again in the future but for now will focus on establishing ourselves in the businesses we are acquiring.

"We will be relocating to the Waikato, which is where I am originally from.”

It has been a privilege to be entrusted with the chief executive roles at South Canterbury, Nelson Marlborough, and Southern District Health Boards, he says.

“We have made some great achievements in the southern health system, and there is plenty more to come under the new Health NZ banner.

"Personally, I am supportive of the intentions behind the reforms and believe it will strengthen the New Zealand health system."

SDHB chair Pete Hodgson says the board is grateful for Mr Fleming’s efforts in leading the organisation.

“The board learned today of Chris’ decision to draw his long career as a chief executive of several district heath boards to a close. Our response has been to express our gratitude to him for his steadfast leadership of the SDHB, and to wish him well in the next passage of his life.

“Chris has led the DHB through both difficult and successful times. He has served under two separate boards and a set of commissioners. He has led the significant improvement of the Board’s financial deficits, helped to resolve multiple clinical challenges, and has been deeply immersed in the new Dunedin Hospital project. Most recently he and all staff have been focussed on the challenge of Covid-19, including the successful rollout of the vaccination programme.

“Leading the Southern DHB is not for the faint-hearted. Its challenges have always been cultural, geographical, and financial. The forthcoming new Dunedin Hospital and the move to the new health system have both presented the opportunity and obligation to create New Zealand’s most modern health system. Chris has seen us begin that journey."

The chief executive of Health New Zealand will determine the next steps in terms of leadership for SDHB staff as it transitions to Health NZ. No formal decisions have yet been made.