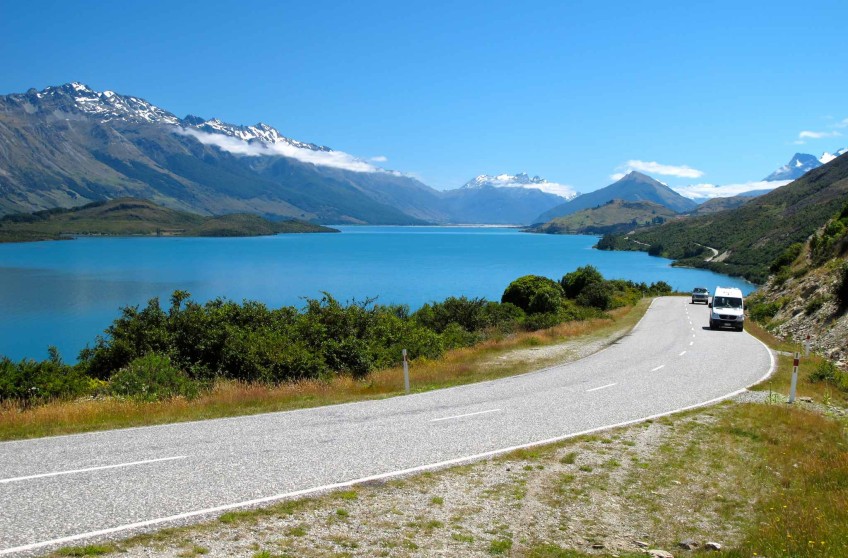 Russian Roulette on the road to Glenorchy

If the old adage goes “a miss is as good as a mile,” I would like to add a category for “road accidents that almost happened but didn’t, thanks to the split-second good thinking of at least one driver”.

As the annual road toll tells us about these moments when that didn’t succeed, it says nothing about how many “near miss accidents” take place every year.

Due to the extraordinary number of bizarre road hazards Glenorchy drivers now face, I would like to propose an annual award for “Valour in the Face of Road Lunacy”.

While we all now keep track of how many times we have almost died in head-on collisions with drivers on the wrong side of the road (I’m currently at seven), this award would instead take in the truly unexpected, which has sadly become common in recent years. 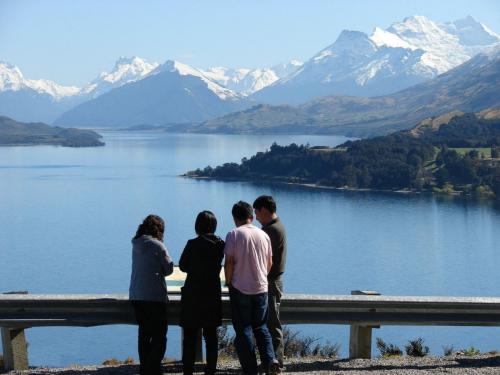 It's obvious why people want to stop on the way to Glenorchy, but there's often little thought given to other road users.

I imagine many tourists who have come to jump off things in Queenstown have found the Glenorchy Rd is indeed the place where their fantasies of danger can be played out, or perhaps it is that they are all candidates for the Darwin Awards. It is truly unfathomable.

Is it any wonder I’ve had to have my brakes replaced of late? They are getting a lot of use.

If the road to hell is paved with good intentions, the road to Paradise is paved with tumbled Jucy vans where drivers have taken the Earnslaw Burn corner at high speed and ended up like beached whales on their sides. The views are amazing but why does there have to be a life or death game of chicken to get to Glenorchy?

This list doesn’t even capture our other road hazards which we have come to accept as normal, including people driving at 30kph and not using the passing bays (the risk of road rage-induced heart attacks rises exponentially); the “will they or won’t they pull out at the last second” at Bennet’s Bluff moments; drivers who don’t understand our one-way bridges and begin a high speed game of chicken in their shiny rented minivans, just as you’re halfway across the Rees River; cyclists encouraging you to pass them on the blind corners and, better still, drivers who slow down and wave you on to pass them, not noticing there is a vehicle coming the other way. Confronting these hazards in summer dust clouds on Paradise Rd adds to the “adventure”.

There are also nature’s less life-threatening hazards of possums, rabbits, goats and cats, and swerving to avoid a hawk struggling to get airborne with an entire roadkill carcass. The hazards can be many and varied.

And there is your neighbour’s dog wandering late at night up the Precipice Creek bridge, saved only by the glint of his eyes in your headlights. Black ice in winter, slips after rainfall, road grit flicking up and shattering your windscreen, and the occasional boulder rolling off Bennett’s Bluff to at times block the already narrow road or just miss the school bus.

Glenorchy’s wholly volunteer First Response and Fire Brigade were called out day after day this season to fish drivers from the lake, winch them back up over Bennett’s Bluff and generally save as many lives as they could.

If our defensive drivers deserve praise for valour, these community volunteers deserve far, far more. They have worked tirelessly to help those whose Glenorchy Rd experience was unfortunately not a “near miss” story.

The handwringers will say “well, there’s nothing we can do” or, worse than that, “we want more tourists who self-drive as they spend more”. For those of us who take our lives into our hands every time we head to Queenstown for groceries, I say bring back boats. For the first 100 years, Glenorchy’s vast tourist population came up the lake only by boat. Surely the environmentally sustainable and safe solution to our road dramas is to give our visitors a majestic trip up the lake and save the rest of us from a trip to A&E? If the boats idea doesn’t sail, how about an inexpensive bus service that could take visitors and locals to town and back? How many lives does that cost? How many lives would it save?

In the meantime, as we head into winter with its black ice and leaping snow brides in white fur, all I can suggest is - try to stay safe out there.