Review of health funding formula at least two years away

The Southern District Health Board’s under-funding woes appear set to continue as Health Minister David Clark has put on hold a promised review of the formula he used to blame for the area’s health deficit.

Critics say the population-based funding formula punishes rural District Health Boards (DHBs) as it’s essentially based on a head count with some tweaks for demographic and geographic factors. The Ministry of Health has been criticised over the secrecy of the formula, as it's guarded about the exact make-up of each's DHB's allocation.

At more than 62,000 sq km, the Southern District Health Board (SDHB) is the largest geographically and supports two main hospitals and a sprawling network of rural hospitals. In an email, Dr Clark says the population-based funding formula review can wait until after the more broad-brush health and disability sector review he announced last month. In fact it’s likely to “naturally flow on” from that, he says.

The broad-brush review is set to deliver its final report in early 2020 and Dr Clark says it’s still his intention to carry out the health formula review in this term of government.

Clark refused to answer further questions, with his spokesperson saying it would be “highly speculative” to do so.

Clark, a Dunedin MP, has frequently pointed out the SDHB covers an area twice the size of Belgium.

Queenstown health advocate John MacDonald says the formula isn’t good at dealing with booming areas like Queenstown. The area’s population growth is effectively masked by the otherwise largely stagnant population of Otago and Southland, so the SDHB’s funding isn’t keeping up.

“It’s going to be very interesting as the Queenstown Lakes and Central Otago area grows, how we’re going to be funded. “When it comes to the hospital, we are not appropriately funded and there doesn’t seem to be a plan for that.”

He says SDHB has a mammoth task compared with compact DHBs like South Canterbury, which has one base hospital and a manageable hinterland.

“We’ve got multiple hospitals and multiple towns; some are going in different directions (in population) to others,” MacDonald says.

SDHB board members were sacked in 2015 because of the deficit and the board’s still run by a commissioner.

Sacked board member Branko Sijnja, a Balclutha GP, says it wasn’t possible to make the books balance because the area is vast and complicated.

“We have been plagued by the vagaries of the population-based funding formula.” 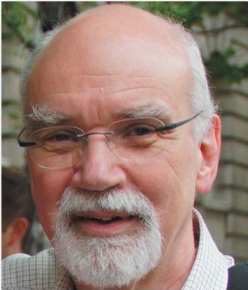 Clearly still rankled by the dismissal, Sijnja points out that other DHBs, like Waikato, have had major problems and “dysfunction”, but their board members have been spared.

“Around Queenstown you have quite a different population group there than you would have around Gore and Mataura.”

He says the area needs a third base hospital in Central Otago and Queenstown but the SDHB can’t pay for it.

Costs incurred by tourism in Queenstown Lakes are significant, only part of which is recoverable, he says.

The part of the formula that accounts for rural areas doesn’t go far enough. The cost of providing district nursing in areas like The Catlins, for instance, is far more expensive than in an urban area, Sijnja says.

In 2012, a University of Otago technical report criticised a lack of transparency from the Ministry of Health as researchers were unable to get all the information they needed. The report found large rural DHBs like the SDHB appeared to be disadvantaged.

However, Southern DHB deputy commissioner Richard Thomson is sceptical, saying, when contacted, that health will always be a limited funding pot no matter how it’s divided.

In the coming year, funding allocated under the formula accounts for about 85 percent of SDHB’s revenue, with the rest coming from other Ministry of Health and ACC streams.

It got a $30 million increase in its population-based funding in last month’s budget, which was in line with its budget track projections.

In a statement, the SDHB says any increase contributes to its planning for health across the region.