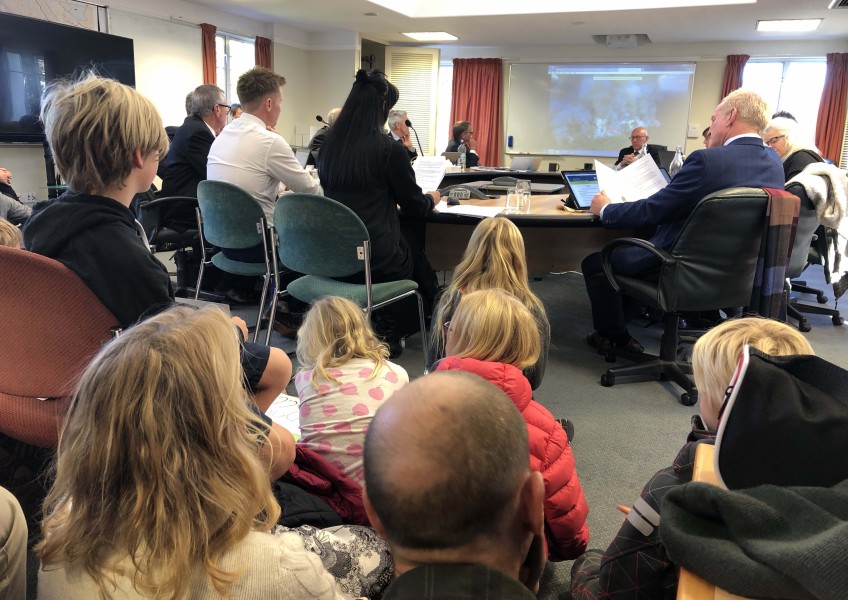 Ratepayers' Verdict on ZQN7 - QLDC has broken its own rules

In a Crux survey of ratepayers 89.35% say that QLDC did not comply with its own financial rules in paying out $630,000 to two former council staff as consultants via their company - ZQN7 Ltd.

Crux published our detailed investigation into the payments last Friday, January 15th and then asked local residents and ratepayers to register their verdict as to whether QLDC was telling the truth in saying the payments complied with council's own procurement policy. 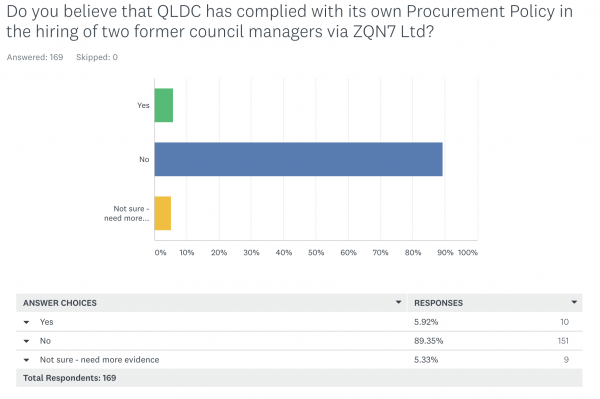 Did QLDC comply with its own procurement rules over ZQN7?

5.92% said they thought the council has complied and 5.33% said they needed more evidence before deciding.

Many of the comments on what should happen next called for a full, independent external investigation with many respondents disappointed at what they saw as a council cover up.

"QLDC is funded by the rate payers and therefore should be accountable to the rate payers. ALL documentation should be released by QLDC. If they have nothing to hide then there is no problem. Otherwise it appears to be a smokescreen which is basically an admission of guilt. No one is perfect so if there have been mistakes made , let's just clean them up and improve future outcomes."

"Honesty and transparency appears to have been lost with this Council who, after all, are the servants of our community. The Ombudsman/appropriate authority needs investigate these concerns and to require the Council to comply with its obligations to the community."

"QLDC should be transparent as to all its spending on suppliers, including consultants and contractors - no exclusions - like the Auckland Council. There should be a thorough investigation into what is going on in this case and any other similar cases. It is likely that there will be more."

The same number of respondents, 89.35%, said that it was "Extremely Important" for QLDC to follow its own financial rules and polices with 8.88% saying it was "Very Important". Less than 2% said it was less important.

When asked about the current level of confidence and trust in QLDC's current management 62.72% said they were "Not at all confident" with 26.04% saying they were "Not so confident." Only 10% of respondents indicated a higher level of trust and confidence. 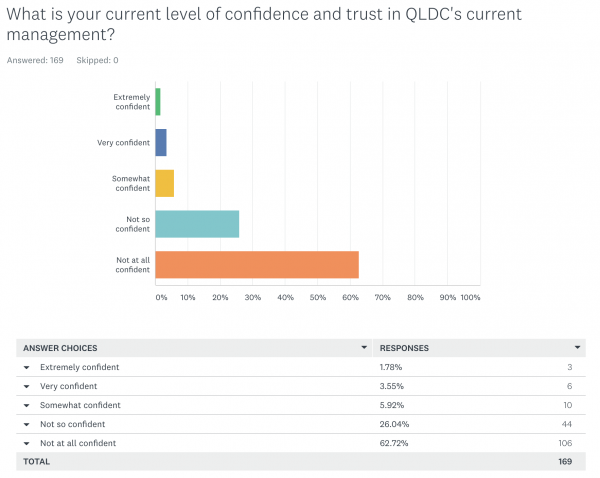 Crux asked about the level of confidence and trust in QLDC management.

These comments are typical of 120 answers when Crux asked why respondents had registered their level of trust and confidence in management:

"This story/expose opens up & somewhat confirms many long-held suspicions of entitlement/nepotism/jobs for the boys:girls/pigs at the trough? Reveals that the high level of payments are apparently xxxxxxxx (removed for legal reasons - Crux), at the least staggeringly enormous, especially considering 'mates' getting the jobs. deep concerns are raised on how wide and deep is this "mates" 'modus operandi' permeating throughout other/all QLDC financial affairs and awarding of contracts, appointments, services delivery etc.? How unbelievably devious and obstructive the council is to (& lack of timely) replying to very clear questions raised by CRUX. That Adam Feeley's financial reforms are not fully implemented is dereliction at the highest level/scandalous by the council. The Mayor takes ultimate responsibility to sort this debacle: get on with this immediately, genuinely and completely transparently!"

"It seems there are plenty of people that want to be involved at a community level but the council insist's on outsourcing to these consultant's to more often than not agree with the council's position, meanwhile costing the ratepayers millions. Where I see it there should be more local debate with the community and full transparency for the need to get consultant's involved. It stinks of the council hiring specific consultant's to get their own agenda across the line."

"Over the entire period of Mayor Boult's two terms he has been obstructive, arrogant and (xxxxxx removed for legal reasons - Crux) regarding council spending and the behind the scenes decisions regarding Wanaka airport expansion and other commercial activity relating to the council. He has also got a large conflict of interest as the chairman of Wayfare Group, the largest tourist operator in the district. I would only become more confident in their management through 100% transparency in their motives and breakdowns of the actual monies spent on behalf of us, the ratepayers."

The Crux survey received 169 responses over three days. The complete results can be accessed here - including all comments.

The survey responses are not the opinions of Crux and Crux can take no responsibility for the accuracy of the comments.