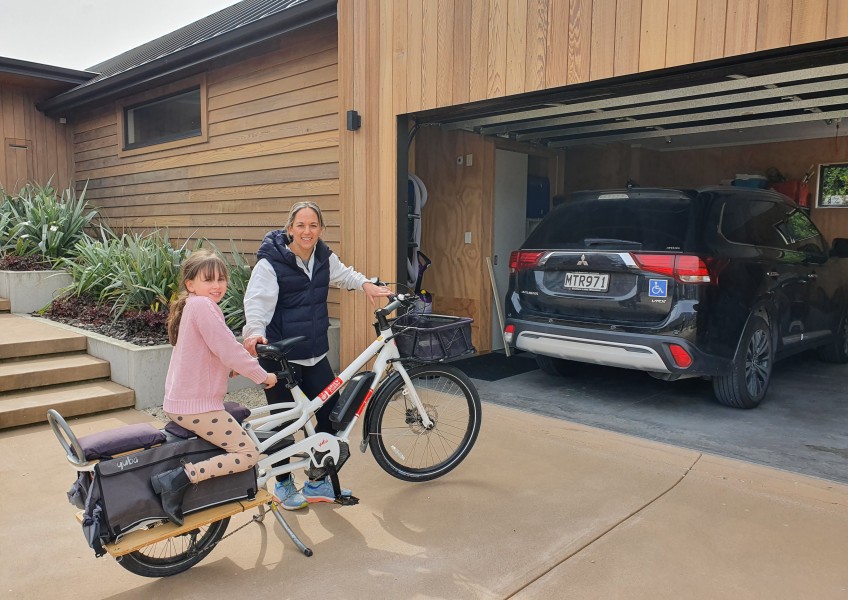 Qtown "no car commuters" decide to stick with the programme

Reader commentary. Amanda Robinson is Chair of the Lightfoot Initiative, a local group advocating for active transport and alternate travel solutions. Here's her final report and video on last week's Test the Network project, where seven locals put bikes, the bus and carpooling to the test, leaving their cars at home.

"Last week, the Lightfoot Initiative followed seven ordinary people in their daily journeys around the Whakatipu basin. For one week, they chose active modes of transport and avoided individual cars as they tried to Test the Network. The group were deliberately selected because of their professional roles and/or suburb they live in. The purpose was to see what kind of daily travel was possible without a car, for different groups of people in our community.

As for the results, well - watch this video to hear from our challengers.

Queenstown and Arrowtown host world class cycle trails and a regular and affordable bus service. These are made possible by investment to make the destination experience better for visitors. Locals benefit significantly from the trails and bus, but many of us are sick of seeing empty buses trundling past. We also often forget that the trails are well located for commuters as well as recreational riders. There are reasons why cars are the most obvious choice for all of us; distances, the climate, the hills. That does not mean they are always the best choice.

Following our Test the Network challengers for seven days revealed some interesting information about how and why we use transport. We also learned a lot about what was possible with an e-bike and a bus card. Firstly, let’s meet the challengers.

We had representation from age 35 – early 60s. Most of the challengers were able cyclists, but inexperienced e-bikers. Many had never used the Orbus service in Queenstown and all but one were committed to using a car for their daily commute. The whole of the basin was well represented, with challengers based in Arrowtown, Arthur’s Point, Shotover Country, Frankton, Jack’s Point, and Goldfield Heights.

*Note: the Jack’s Point based family did not cycle on State Highway 6. We urgently await the active travel link from JP and Hanley’s Farm to Frankton to assure safe connections between these communities.

As the week wore on, some of the challengers became fatigued. Every day generally presented a new type of travel mode, which required thinking and planning to execute. Like with anything, the more regularly one does something, the easier it becomes. It was the challengers’ commitment to the project that drove them to continue to use the e-bike and bus combo. This was encouraging as it showed us that the e-bike was a genuinely effective tool in supporting a commitment to active commuting. If the e-bike hadn’t proved its worth in the first few days, the challengers wouldn’t have maintained their commitment. Daily videos by each challenger highlighted the pros and cons, which varied across the different individuals. It was evident that, on the whole, shifting modes was actually a positive experience. You can watch their videos here.

The challengers have all made a commitment to continue commuting using active modes of transportation. We think a small step is possible and the challenge has shown that our existing network is capable of supporting our combined efforts. Reduction, rather than elimination, is a realistic long-term goal for our community. Surely we all agree that it would be great to see a few more people on the buses each day.

Lightfoot have some cool projects running in 2022 that we’d love for you to participate in. Join us on the journey at www.lightfoot.org.nz.