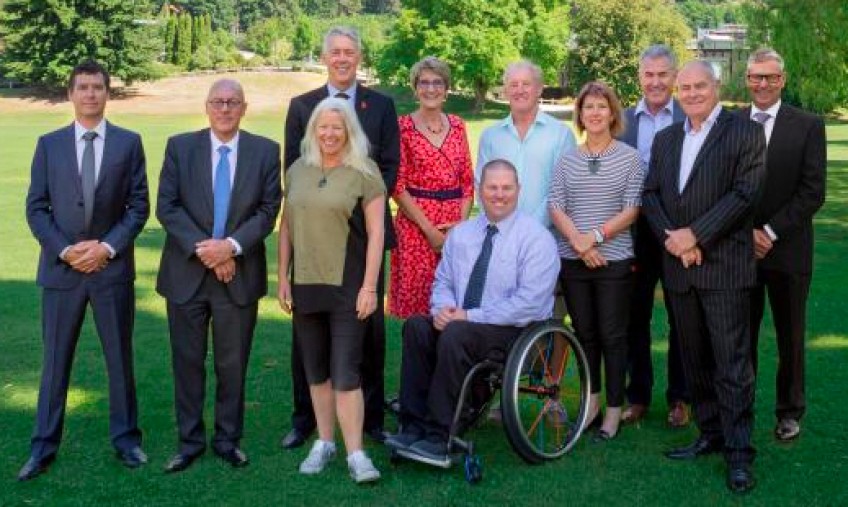 QLDC's Ross McRobie: why we should get excited about the ten-year plan

How many of us yawn when we see the words "council's Ten Year Plan"?

The chair of the Queenstown Lakes District Council's finance, audit and risk committee, Councillor Ross McRobie, a former accountant, tells us why it's important, why we should get involved and assures us that, when we do, our opinions are taken into account...

Crux: So, what exactly is the Ten Year Plan?

Ross: The Ten Year Plan is the council's Long Term Plan, also known as the LTP. It’s council’s budget and guiding document for the following 10 years. In my view, it’s the most important document that councillors approve during their term. All projects, one way or another, stem from the LTP. 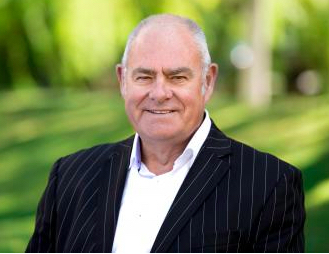 Crux: Why is it important for people to (a) read it and (b) lodge a submission if they feel strongly about any of the proposals?

There was substantial early consultation with all of our communities, then further consultation and submissions on the draft LTP, then final deliberations by councillors on the draft plan, which then leads to the final LTP, which council approved at last week, at the June council meeting.

Our vision is “Vibrant Communities, Enduring Landscapes and Bold Leadership”, and I personally believe this LTP delivers on, and invests in, all of these.

Crux: You're a Wanaka ward councillor, what’s in the LTP for Wanaka?

Ross: The total spend in this LTP, as I understand, is the largest approved by any QLDC. The total gross spend is approximately $950m, of which $210m can be categorised as relating to the Upper Clutha. By gross, I mean the plan is predicated depending on assistance from other partners like the New Zealand Transport Agency, the Otago Regional Council etc. The bigger spends for Wanaka are:

Of course it’s not only about the capital spend. As the district grows and development continues, the cost of servicing the district, maintaining our assets and ensuring we are meeting the day-to-day needs of the community grows as well. The overall operational budgets reflect the growing demand by the community on these resources.

Crux: Council obviously has a limited amount of funding – how is the contents of the LTP decided?

Ross: Projects are prioritised, costed and decided upon by council based on community needs. Small communities which often have a greater need for infrastructure because of growth are looked at very carefully. For example, bringing forward the Cardrona wastewater scheme in the LTP.

Crux: Some Wanaka residents feel rates aren’t spent fairly between Wanaka and Queenstown – what’s your response to that?

Ross: I disagree with this. In this LTP, there are a number of major projects planned for the Wakatipu, but many of them hinge on support from the NZTA. For example, the Queenstown bypass arterial is budgeted for $149m, of which $119m is proposed to come from the NZTA.

The key issue that our district faces is how to fund infrastructure when so much impact comes from tourists. In Queenstown, for example, we have one local resident to 34 international visitors. In comparison, in Auckland it is one for one and in Christchurch, it is one for three. This impact has a wide-ranging effect on infrastructure needs, but the key question is: how can, or why should, local ratepayers attempt to fund this. Tourism is our number one economic driver in the Queenstown Lakes District so, while not included in this LTP, a local bed tax would assist in paying for much of this infrastructure.

We also need to remember that the QLDC has one of the lowest general rates in the country and that the large capital projects are either funded on a ward rate basis or on a scheme basis, so the community that benefits bears the greater burden of cost – we are trying to spread the cost of development equitably and we do endeavour to maintain a balanced level of service across the district, as this improves the efficiency of delivery.

Crux: This is your first term on council – what do you think about the level of public involvement in the LTP?

Ross: It’s been said: “Do you really take note of what we would like in our communities?”. Yes, we most certainly do. All submissions are read...I recall this year, the almost 600 submissions, the LTP itself and its various volumes, totalled over 4000 pages to read. Council staff are extremely helpful in assisting with the layout, the contents, the calculations around affordability and the impact on rates. Of course, not everything can be done due to many circumstances and we have to be fiscally responsible in ensuring we are using ratepayers money wisely and effectively…that’s we are charged to do. Some projects will get delayed.

Crux: Is there a risk that many people are put off from making submissions because, rightly or wrongly, they see the process as intimidating, difficult or potentially irrelevant to the outcomes?

Ross: As above but, as more consultation is undertaken and bold decisions are made, I think this attitude or thinking reduces substantially. This LTP has been approved by councillors who really are wanting to make a difference to our district and to our communities. We are a “Can Do Council” and this plan is a “Bold Plan”, and one which, when achieved, will make a huge difference to our communities. People will see this, and understand this is a big task – let’s get on and do it!

Crux: What could be done to get people more engaged in the LTP?

Ross: Perhaps more community involvement through the various residents associations etc. But people do know the process is on and those who want to be engaged will be. Others will say that we elect you, so get on and do what’s best for the district. Councillors are making decisions on a district-wide basis and they need to be informed in terms of what can be achieved, where the benefits are and the risks, so putting together the final budget and programme is always going to be a complex piece of work. Sometimes that’s not always easy to appreciate from the perspective of any individual community or group.

Crux: We always hear about what’s in the LTP for Queenstown and Wanaka. What about our smaller communities – Hawea, Luggate, Cardrona, Arrowtown, Kingston, Glenorchy?

Ross: There are a number of pressing issues being addressed in each of the small communities and it would be a long process to list all of them. We do realise that communities such as Luggate and Hawea are also under huge growth pressure and there is a need to upgrade key infrastructure. Kingston is one of the areas for which council has applied for funding from the Housing infrastructure Fund to enable development, including the implementation of a whole suite of infrastructure. Cardrona’s wastewater solution is also being fast-tracked. The entire district is experiencing the effects of growth and, once again, council and the LTP seeks to address the keys challenges in all our communities.

Crux: How does the council/LTP plan ahead for population increases? What data is this work based on and are you confident it’s as accurate as possible?

Ross: All parts of the LTP are based on supported facts and the plan is also audited. We received a clean audit this year, so that is very commendable. We use Stats NZ data, various real estate documents, tourism trackers, building consent numbers…they’re all based on solid, provable and auditable evidence. We also undertake extensive population modelling and, as a High Growth Council, we are now expected to project population and employment growth forecasts and assess not only the availability of land, but the likelihood of land being put on the market. Some have said personally to me, that they don’t believe the numbers in the LTP for Wanaka and they should be much higher…we use population numbers in the LTP that are based on an average daily resident population. This is because so many of our dwellings in this district are unoccupied. Equally, we need to ensure our infrastructure and services are able to meet our peak day population which, this summer, exceeded that of the City of Dunedin.

Crux: It’s called a Ten Year Plan or a Long Term Plan, but it’s not set in concrete for a decade?

Ross: Correct. The LTP is reviewed every three years and, of course annually, there is the Annual Plan, so plans are reviewed on a rolling basis. Our new LTP is very different to the previous LTP and, with such high and dynamic growth, we expect it to continue to evolve, though we think the direction is well set. We also know the council will need to use the next few years to undertake the planning and business cases to put us in a strong position to look at future capital works programmes for the district.

Wanaka ward Councillor Ross McRobie was a member of the Institute of Accountants for over three decades and managed many radio stations, before moving to Wanaka more than eight years ago. Since then he’s worked in governance, joining the boards of several organisations from not-for-profit, to private companies, to Government-appointed boards. This is his first term as a Queenstown Lakes District councillor.