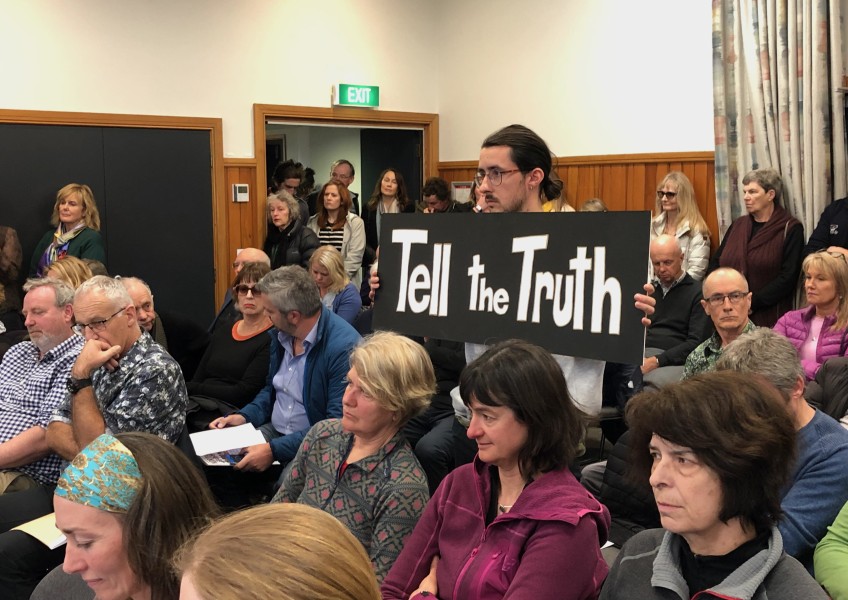 QLDC - A Council in Crisis

We all are familiar with that sense of an impending storm. There’s an electricity in the air, almost the smell of lightning before it happens – and an eerie sense of quiet – the calm before the storm.

It feels that way at the moment as the Martin Jenkins airport survey rolls around the region. It has probably cost us, the ratepayer, around $300,000 but is carefully positioned to be authoritative and definitive if the result is pro-growth and “just an early, indicative engagement” if the population decides that big-scale airport/tourism growth does not make a lot of sense – all things considered.

More importantly the survey, along with its non-communicative consultants and unusually restrictive scenarios, represents a deeper problem. Our council – and in particular – Our Mayor.

Jim Boult started his first term well with progress on affordable housing and public transport, but now his second term has all the hallmarks of a man who has lost interest in what might be seen as the window-dressing of social issues.

Instead Mayor Boult seems hell bent on getting “his” second airport built at Wanaka – probably because the “first” airport in Queenstown can’t get much bigger due to its unfortunate, and arguably dangerous, physical location between mountains, a lake and a river.

Mayor Boult has airports in his blood. He was CEO of Christchurch Airport quite recently, and he’s well connected with Air New Zealand as well as the current management of the Queenstown Airport Corporation. His business mates, including the company he chairs – Real Journeys/Wayfare Group – want, even need, more tourists. Full stop. Airport boss Colin Keel does not get $550,000 a year just to keep the lawns mowed at Queenstown airport.

In the meantime, there has been precious little progress in diversifying away from our dependence on tourism for “growth.” Growth in this context means more tourist bums on seats – not higher wages, better worker accommodation, higher productivity or consideration for the environment. It is an “all of market” numbers game – no matter what Destination Queenstown and Tourism New Zealand claim. We are not chasing a smaller number of higher value visitors – it’s time that lie was laid to rest.

The social licence that tourism needs was suspended some time ago.

Our Mayor has been dismissive of the recent victory by the environmental lobby in the UK, including the Mayor of London, in getting a third runway at Heathrow airport cancelled due to climate change considerations. His reasoning – we “only” have a few million tourists compared to many more in London.

The bottom line is that we have a crisis here with our Mayor and Council that goes beyond airports and climate change. On Jim Boult’s watch “transparency” at QLDC has all but disappeared. Media are denied access to actual managers, actual documents and actual facts and actual figures. The airport debate is just one small part of the secrecy and autonomy that now characterises QLDC.

Our Mayor promised to address that very issue when he was first elected back in 2016. He has failed.

In fact, he’s gone further and bought into the entire Secret Management Club that quietly spends $100 million of our money every year – with more rate rises on the way. Our newly elected councillors have been told to keep quiet and trust the staff.

There’s a big storm coming. And something will break.