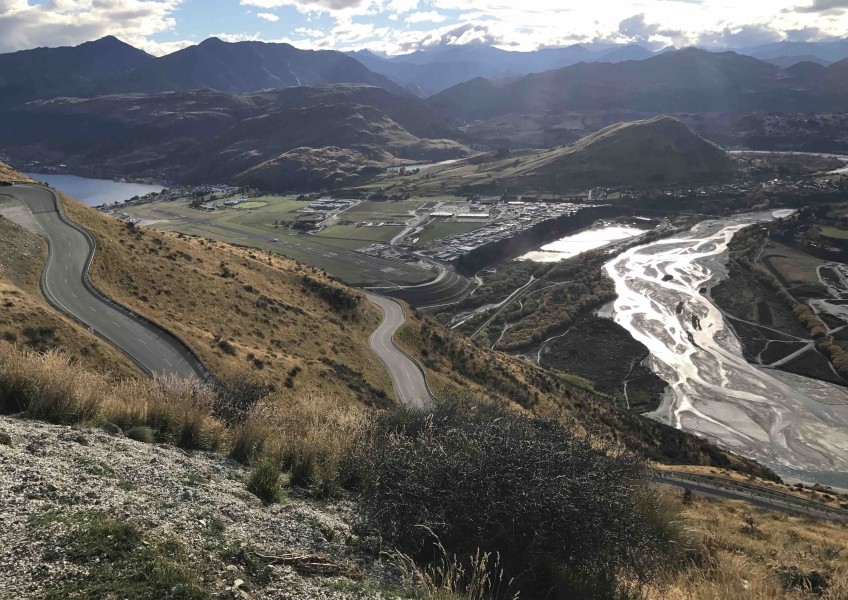 When life gets hard, there’s little room for living the dream so often depicted in those trite lifestyle magazines.

They display some gorgeous view from a modern, urban, lofty space atop a rural Queenstown mountain, with good food, (expensive) rustic charm, the right car and an assortment of toys. Esther Whitehead "Cracks in the veneer."

Being in Queenstown is like a microcosm of The American Dream, but - as you know - many who come here to work hard and play hard can rely on money that wasn’t generated here.

Small town, big dreams, but if you wanted to stay here, meet a girl/guy, settle down and raise a family, well, home insecurity, low wages and the high cost of living may have put an end to that dream.

This is the less marketable reality of the Queenstown Lakes District.

Many established definitions of poverty fall short, because they focus too narrowly on income (or lack of it). They fail to acknowledge what gives a person basic dignity - such as love, family support and being valued in their community.

When we add these values to the equation and witness the hand-to-mouth existence that many live, we may begin to understand the growing disparity within our town.

Working in a job in which you’re considered replaceable; living in a town where you have no family support; living in shared, inadequate and expensive houses; not necessarily understanding your value to the community and only just managing to pay the weekly bills - is that poverty?

Here are two imperfect definitions of poverty to help you answer that question:

“Absolute poverty” is when a person does not have access to the money necessary for meeting basic needs, such as food, clothing and shelter (UNESCO, n.d.).

“Hardship” poverty is when a person is constrained by their material circumstances from achieving a minimum “decent” level of well being (Treasury, 2012, p. 3).

Describing poverty in Queenstown can be difficult. With zero unemployment, it’s hard to paint the picture in the conventional way. But here and there are cracks in the veneer, with many sleeping in cars, more people using social/charitable services than ever before and a growing number seeking counseling for marriage separation and mental health issues. Property auctions often leave residents on even medium incomes out in the cold.

Our people who are suffering hardship or poverty are usually employed and could be described as the working homeless or working poor. They’re families who often end up living with other families or people in order to be able to afford housing. It’s individuals - often highly educated immigrants - working in low paid jobs, who may also volunteer in our community. It’s young people and the elderly. Yes, we have a whole cross-section of people living in hardship or poverty.

While differences between people and families explain a lot about poverty, it’s also clear that the region in which they live plays a large role.

Housing in Queenstown is overcrowded and extremely overpriced, with the average house price up to 14 times the average household income. The increasing costs of housing are forcing both young and old community members to leave the area – they simply cannot afford to stay. Ironically, there are people living in million dollar houses who are experiencing hardship.

Poor mental health is closely associated with poverty. Many in Queenstown are only just meeting their needs - they live with anxiety over the lack of their tenure, their low wages and any unexpected bills or costs which send them back into debt.

There are parents who have separated but can’t leave Queenstown because of the custodial rights of their children, so they become trapped here. Unfortunately, the weighting of the health system towards physical health comes at the expense of the provision of mental health services, despite the fact the latter shows a very high return on investment, whether it be in terms of medical outcomes, fiscal returns or individual well-being.

Difficult personal circumstances have an accumulative effect on community well-being. Many people in Queenstown may not feel safe tonight. “Lying in my car, waiting until daylight is the hardest thing,” says one guy who regularly seeks support from social services provider, Happiness House. “And trying to find somewhere to sleep is hard. I don’t really have enough money for petrol to stay out at Five Mile each night but I can’t freedom camp either.” He is here because his son lives here, but he never imagined it would be this hard. The streets are not paved with gold, the bubble has burst for too many people here. Commercial development is putting even more pressure on land, driving up house prices

As many of us sit alone, counting on both hands the people we love who are not here, it’s the Happiness Houses, the Salvos, the churches and the volunteers in this community that support us. There’s so much to stay for here, this community gives, businesses give, and that’s some of the reasons why people stay. Queenstown offers a heart, it hugs and it tries to heal. But there’s pressure on the few charities, services and individuals to carry the ever-growing load.

Like Milton, just south of Dunedin, which has the slogan “The Town of Opportunities”, we come here looking for opportunities to stay and to thrive but, too often, we’re forced to leave. Unlike Milton, I believe Queenstown has real opportunities, but they’re not accessible to all. As people who call this town home, we have to ask ourselves what opportunities are we creating for our talented youth, our skilled immigrants, our committed families and businesses, our retired elders and our volunteers?

If you would like to talk about this issue more, please read the discussion paper and join the conversation.

Esther Whitehead is a volunteer in our community, Managing Trustee of the Dyslexia Foundation of NZ and has worked closely with Judge Andrew Becroft, on neuro-diversity, poverty and youth justice. Esther participated in the Tackling Poverty in Queenstown Workshop in March 2016 and all references to poverty in this article were drawn from interviews with local people at Happiness House and the Salvation Army and from the Discussion Paper