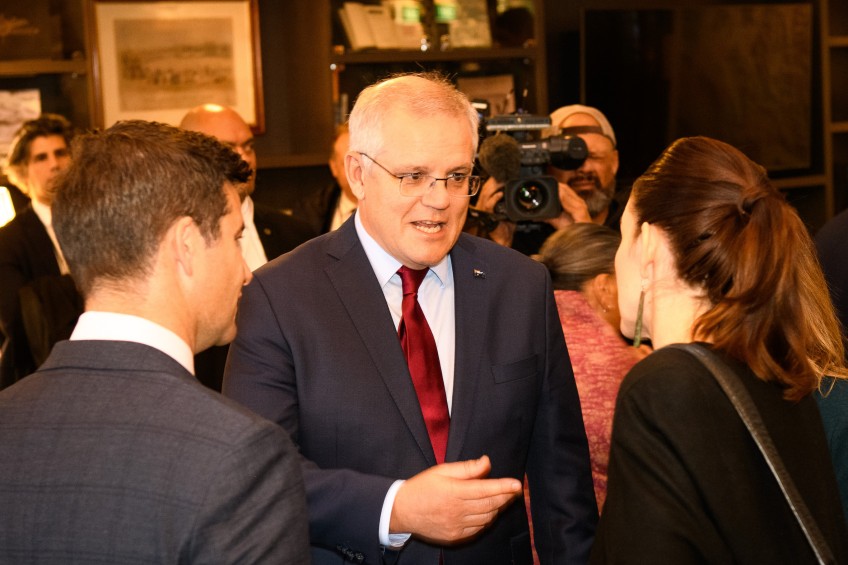 Aotearoa and Australia’s leaders’ first face-to-face meeting since the pandemic began was set to a theme of ANZAC cheer - sporting rivalry jokes, emphasis on the trans-Tasman “family” and even a Te Reo rendition of Waltzing Matilda.

Jacinda Ardern and Australian Prime Minister Scott Morrison met in Queenstown on Sunday - the first meeting between the pair since Ardern was in Sydney last year, when she got the phone call that New Zealand had its first Covid-19 case. That was a tense meeting with Ardern's barely disguised alarm over Australia's apparent refusal to listen to her concerns over the continuing repatriation of Kiwis convicted of Australian crimes - regardless of how long they had lived there.

Now, more than a year on, the borders between the two countries have reopened and both governments are keen for a chance to play up their success in fighting the pandemic. 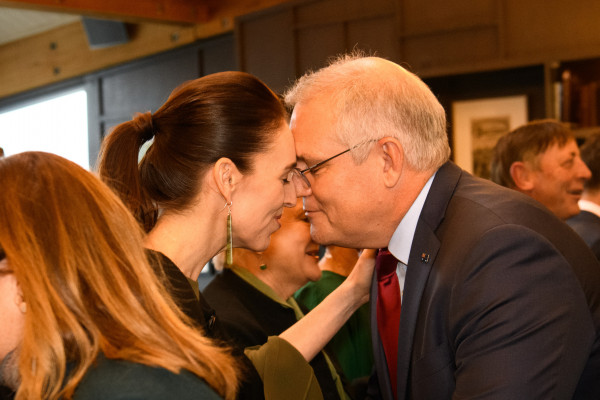 There wasn’t a mask to be seen and certainly no social distancing - hongi were exchanged between both leaders.

That was a big goal of this visit - a powerful show of strength against the pandemic, as well as an advertisement for the trans Tasman bubble.

A selection of leaders in the tourism and business sectors gathered at the top of the Skyline gondola to hear Ardern and Morrison emphasise the importance of the trans-Tasman relationship in working through Covid.

“One of the things we have missed so much as New Zealanders has been our ability to show our manaakitanga, our hospitality to others,” Ardern said.

“What we're both looking forward to in the next day of talks is that next stage of writing the rule book.

“Our borders being opened now means that we are in many ways joined as we both grapple with the challenge of reopening to the world.”

Ardern also made reference to some of the tough talks ahead - China, that deportation policy and Australian citizenship for Kiwis - but softened it with a sports gag.

“We often will see things differently, not just on the cricket pitch.”

And she stressed the closeness and long-standing relationship with Australia.

“What I believe Australia and New Zealand has been able to achieve these last months is quite extraordinary on the global scale,” Morrison said.

“It’s testament to the peoples of New Zealand and Australia, it’s an ANZAC path we’ve charted through this pandemic.”

Totally Tourism boss Mark Quickfall listened to both leaders and told Crux said he was encouraged they “shared the same dialogue”.

“Winter’s looking very promising, historically that’s been domestic and Australia-dominated. It’s when we get past that, that's the bigger question,” Quickfall said.

Earlier in the day Morrison was greeted by Ngāi Tahu with a powhiri and comments from kaumatua Edward Ellison who compared the Morrisons to a kōtuku - “a very rarely seen bird in this country.” This was followed with a te reo rendition of Waltzing Matilda. 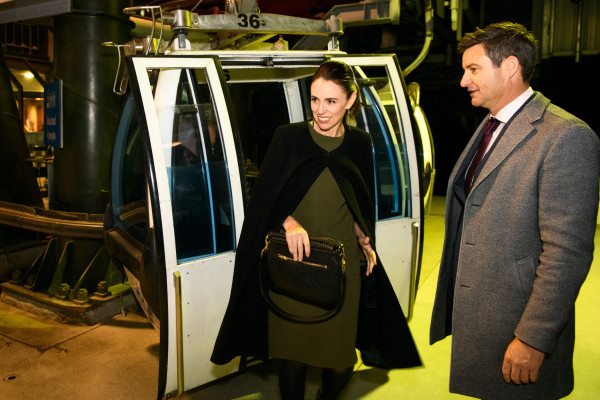 Jacinda Ardern and Clarke Gayford arrive at the Skyline Queenstown.

After today’s diplomatic lovefest, the business and tourism leaders were left to mingle among themselves while Ardern and Morrison with their partners were whisked away to a dinner at The Grille by Eichardt's.

Tomorrow the hard talks will begin - Morrison will want to raise China as his country’s relationship with Beijing is the worst it’s been in decades, and there are suggestions New Zealand’s relatively soft approach to China is a thorn in that all-important trans-Tasman relationship.