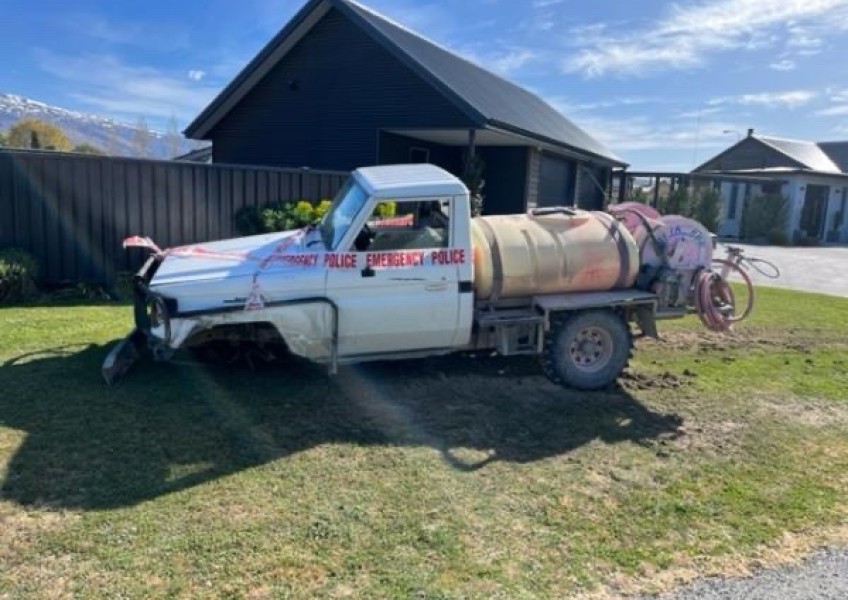 Police are seeking any video footage taken by members of the public after a ute was driven into two police cars near Cromwell yesterday (Tuesday).

In a statement this afternoon, police sergeant Derek Ealson says a 35 year-old man is facing serious charges after a series of incidents in Tarras, Wānaka and Pisa Moorings.

The man drove a Toyota Landcruiser into two police cars, that had been used by officers responding to a family harm event just before 6pm.

Both the officers were uninjured, but the vehicles sustained minor damage.

The driver then left the scene, travelling towards Tarras on the Tarras-Cromwell Rd, then onto Wānaka before travelling through to Lowburn and Pisa Moorings, where he was later located and taken into custody.

"While this was an unpredictable and concerning incident, we want to reassure the Central Otago community that there is no further threat," the sergeant says.

The man is due to appear in the Queenstown District Court today and faces several driving, assault and burglary charges.

Police would like to hear from anyone who captured video footage of the incident, the vehicle as it drove towards Tarras, Wānaka, Lowburn or Pisa Moorings, or the man’s arrest, as this may assist their investigation.

Video or images can be uploaded via this link or information can be provided online, using ‘Update My Report’. Please quote the file number 221018/3292.

Alternatively, information can also be provided anonymously via Crime Stoppers on 0800 555 111.

Main image (Supplied): Police are seeking any video footage captured by members of the public after a man drove a white Toyota Landcruiser into two police cars near Cromwell yesterday.