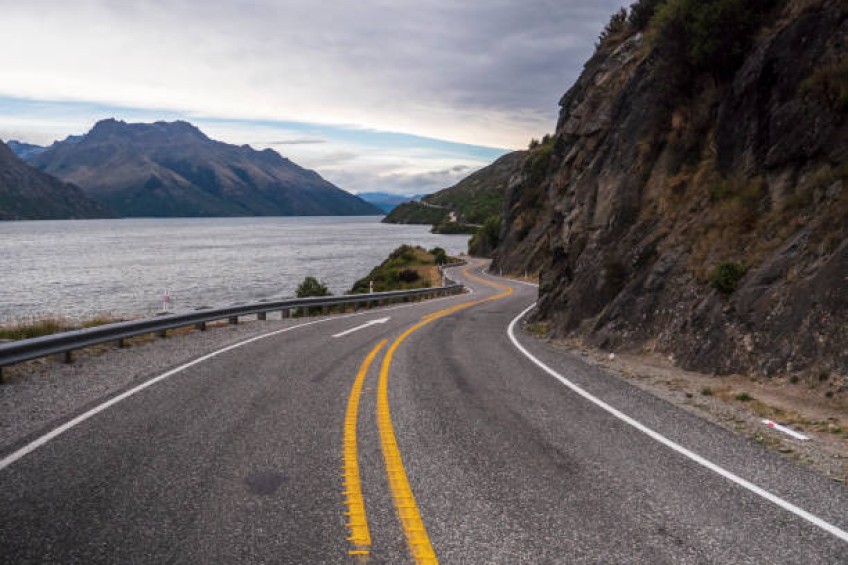 Police have arrested two people, who sought to evade them after a stolen vehicle was crashed on the Devil’s Staircase, a windy stretch of state highway alongside Lake Whakatipu, yesterday morning.

In a get-away vehicle, the pair fled the scene of the crash, repeatedly failing to stop when requested to by police as they drove south, putting other road users and members of the public at risk in doing so, according to the police.

Southern prevention acting senior sergeant Michael Wingfield said in a statement that at 8.40am Tuesday a man driving a stolen vehicle crashed on the Devil’s Staircase.

He was picked up by a woman driving another vehicle.

The pair headed south, but were identified in Lumsden and signalled to pull over.

The vehicle failed to stop and instead continued travelling south.

It was sighted again in Benmore, where spikes were deployed, unsuccessfully.

The vehicle was located again, near State Highway Six and Limehills-Browns Road, and was followed under lights and sirens.

Speeds did not exceed the posted speed limit of 100 kilometres per hourand the manner of driving was reported to be consistent, the acting senior sergeant says.

However, as the vehicle travelled towards the Winton township staff decided to abandon the pursuit.

The fleeing vehicle was sighted again on Eglington Street and was driven past a primary school, where two school buses and other members of the public were parked at the intersection.

Police say the driver was determined not to stop, and the offending vehicle was driven up onto the footpath and headed north, passing a coffee cart and several pedestrians along the way.

A 31-year-old woman and a 41-year-old man were arrested at the scene.

The patrol vehicle received damage to its front, passenger wheel.

The woman is due to appear in Invercargill District Court on May 19 on charges relating to reckless driving, failing to stop, and unlicensed driver failed to comply with prohibition.

The man is due to appear in Invercargill District Court on May 23 on charges relating to theft of a motor vehicle, resists police, and careless driving.

"These offenders have demonstrated a complete disregard for every other person who may have been using the road and footpath at this time.

"It is extremely fortunate the public and the offenders themselves were not seriously injured as a result of this reckless driving behaviour."

Investigations into the incident remain ongoing.