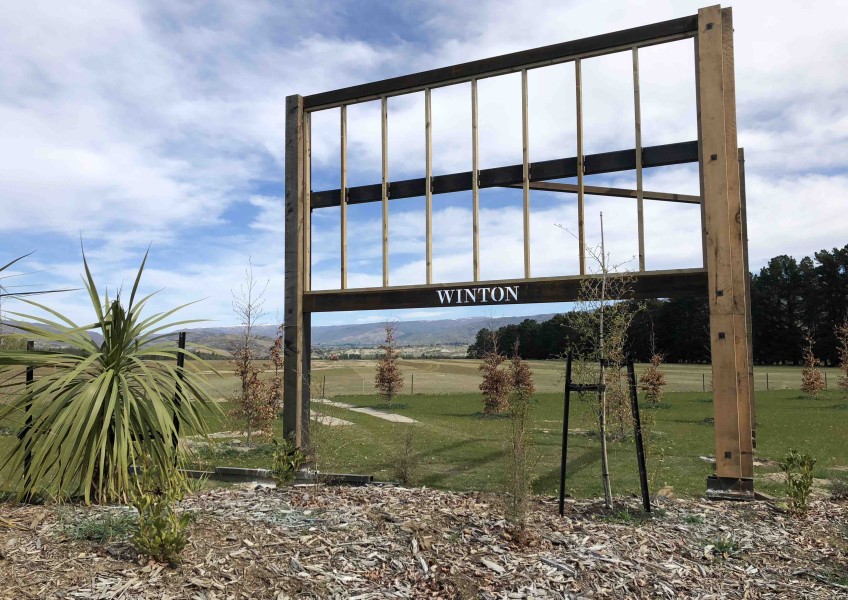 As community concern continues to grow around the River Terrace subdivsion, Crux has learned that the CODC will have to respond to noise complaints from residents, even though they may have signed an agreement not to complain.

The issue is important as the proposed new subdivsion is situated right next to the Highlands Motorsport Park. The owners of Highlands are concerned that noise complaints could restrict, or even partially close, their business which has so far cost $32 million to develop and employs over 30 locals.

A Crux petition launched last weekend in order to allow those opposed to the new subdivision to make their views clear has so far attracted almost 800 signatures. Here's a link to the petition.

Of the 417 submissions made to the CODC only two are in support of the proposed subdivision plan change and five are requesting more information. One of the supporting submissions is from the developers themselves - Winton.

The couple behind Winton, Chris Meehan and Michaela Ward Meehan are well known in Queenstown and Wanaka for refusing to give interviews or speak with locals.

In fact when they were developing the Northlake subdivision in Wanaka the frustration of local residents with their silence was so strong that the Meehans hired a PR company to issue the following statement, via the ODT, through PR consultant Fiona Woodham.

"I have to say that both Chris and Michaela are very media shy. That's just the way they are. And I do know from having dealt with them previously they really don't like to be upfront, you know?."

Wanaka locals who joined an unsuccessful legal battle to stop the subdivision plan change described the couple as "elusive."

The Meehans are also trying to develop Waterfall Park near Arrowtown where they have had three proposals to develop the site rejected since 2015. The couple was also behind the Bridesdale development in Queenstown where so called "affordable" houses ended up on the market two years ago for over $750,000 as opposed to an indicative $450,000 figure that was used when the project was first proposed. Northlake in Wanaka has been criticised by the Queenstown Lakes District Council for not delivering affordable land packages and by residents for not delivering some of the subdivision amenities that were originally planned. Wanaka residents also claim that Northlake is responsible for considerable pollution of the Clutha River due to sediment runoff from the subdivsion. The ORC and QLDC are both currently investigating the water pollution claims.

In an extensive interview with Crux, the Chief Operating Officer of Highlands, Josie Spillane spoke about her concerns regarding the new subdivsion, not just as an employee but as a local resident and mother. Josie Spillane - against the plan change as a resident and a mother, as well as an employee of Highlands Motorsport Park.

"For me, it's about creating a community where you don't have a sense of hierarchy or a sense of us and them. I certainly feel from a personal point of view that at the moment this is a knee jerk reaction to the entire region needing more housing for its workers. I think it's irresponsible. Queenstown and Wanaka need to provide solutions for their own workforce. I appreciate that there's a need for affordable housing, but I don't think it should be put in just one location where you create divisions in a community. I think we need to develop the right housing for each community."

Josie Spillane is also frustrated that local CODC councillors and community board members are not, in her view, providing leadership on this issue.

"It's actually quite a difficult submission process to navigate your way through and to understand what you can and can't say, as well as the reasons that you can object or support the plan change. The challenge that I have is that our elected councillors and the Community Board are not having a say one way or the other on what should be happening here, as our elected voice. So I think we are starting a conversation here that is much bigger than the subdivision plan change. It's about how we all determine the future of our community."

The themes expressed by Josie Spillane are echoed in many of the submissions made in opposition to the plan change. Fears of unmanaged growth, of Cromwell becoming a satellite town to Queenstown, of the new subdivision not being part of the Masterplan that is currently being formulated.

Crux asked CODC to comment on the plan change and this was their response.

"At this stage we would decline a phone interview with staff as the Council has not taken a position on the plan change. It is being processed in accordance with the statutory process under the RMA and will be considered by independent commissioners."

In an attempt to find a relatively neutral point of view, we sat down with long term resident Glen Christiansen, who manages The Gate. He's lived in Cromwell for over 20 years and says he's not necessarily for or against the plan change ... but he did detail why he thinks the process is the wrong thing at the wrong time. He says the new Masterplan needs to be completed before any other big decisions can, or should, be made.

Glen Christiansen of The Gate says it's time for Cromwell to pause, complete the Masterplan process, and only then look at issues like the River Terrace subdivision plan change.

Crux understands that the Community Board has scheduled a special meeting to discuss the plan change issue, and there is a media briefing scheduled for 2.00 pm Thursday October 18 that will discuss The Masterplan process and details of upcoming community engagement opportunities.

At the media briefing will be CODC Chief Executive Sanchia Jacobs who caused some raised eyebrows at a recent Cromwell Community Board meeting when she observed that there had "only" been 397 submissions in the plan change process (that became 417 by the final deadline) and she speculated about the importance of those who did not make a submission. This comment is extremely puzzling, given that the entire RMA process depends on submissions being made from both supporters and those opposed to a plan change.

The deadline for submissions now closes on October 29 and is limited, amongst other restrictions, to people making submissions in support of submissions already made. It's a good example of how complex the process is and how hard it is for many residents to make their views heard using a paper based form and complying with an RMA process that needs considerable expert knowledge to fully understand.

It may be that Cromwell residents will need to ultimately raise a fighting fund to hire RMA lawyers to fight their case. The decision that is made by the commissioners will need to be put into effect by the CODC, but the decision is open to appeal.

In the meantime here's the link to our petition. Public opinion does count.

Main Image: The Winton River Terrace sign being erected at the subdivision site this week.