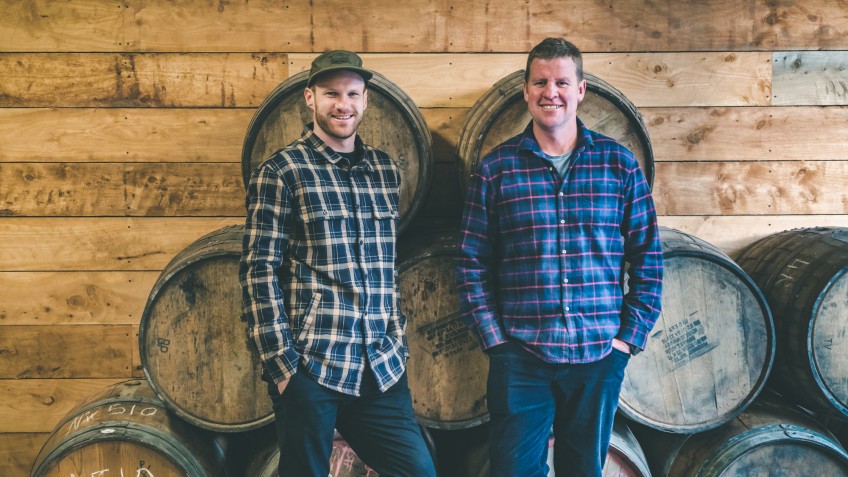 Two builders who started making gin out of their Arrowtown shed have won two international awards within months of making their first batch.

Stuart Clark and Hamish Bourke of Rifters won a gold medal at the International Spirits Competition in San Francisco last month for their Quartz gin, which features botanicals foraged locally.

“We tried to tie it in with Central Otago, so it’s got wild thyme, elderberry, douglas fir, mint and manuka,” Clark says.

They also took home a silver medal for their original dry gin. 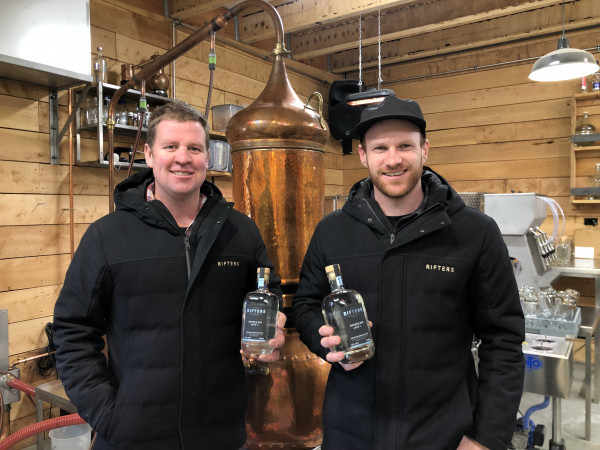 Stuart Clark, left, and Hamish Bourke with their award-winning Quartz gin in the shed they converted to a distillery

Clark and Bourke say they were stunned how quickly they've gone from "two chippies having a crack at gin, to cracking the world gin scene."

“For us to be a tiny company in Arrowtown with a team of four people to be winning awards on the world stage like that, it’s insane,” Bourke says.

Rifters have also won three awards locally, at the New Zealand Gin Awards and the NZ Spirits Awards - all of this after making their first batch for market in August last year.

Clark started thinking about making gin after he visited distilleries in the UK.

He’d met Bourke when he employed him as a foreman in 2013, and in 2018 he floated the idea of starting a distillery and tasting room to him when they were building his shed.

“We got yarning, I think it was literally standing on a ladder outside the door there and Stu was yelling to me from the workshop,” Bourke recalls.

That shed, which was originally “a bit of a man cave” according to Clark, is now the distillery.

Clark has won awards in the past for his construction business The Lakes Building Company, and says he's transferred his drive to build the perfect home to making the perfect gin. But he admits it's been a steep learning curve.

“I was amazed at how quick the process is but how incredibly complex it is to balance the botanicals. I was over there (the UK) tasting gins and thinking about all the amazing botanicals I had growing at home, and I had to give it a try,” Clark says.

The pair started trialling recipes in 2019.

“It was a process. There were some fails but plenty of success and over time we refined our recipe and shared it with others who loved it. That gave us the confidence to launch Rifters," Bourke says.

They drew inspiration for the name "Rifters" from the area's mining heritage.

“A rifter is a fossicker and forager in search of the elusive nugget in the rifts of Arrowtown,” Clark says. 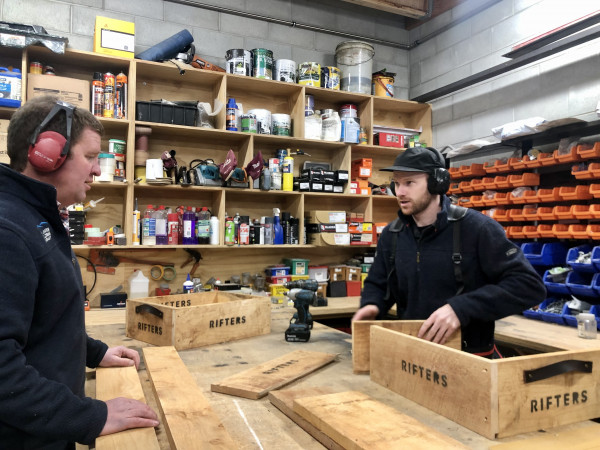 Clark employed Bourke as a foreman in 2013. They "started having a yarn" about making gin while they were building Clark's shed in 2018.

Their team is the pair of them, plus Clark’s wife Kate and distiller Kit Clinton-Baker.

They forage for most of the botanicals a stone’s throw from the shed, while the lavender, camomile and lemon verbena in their limited release Blossomed Gin comes from Wanaka.