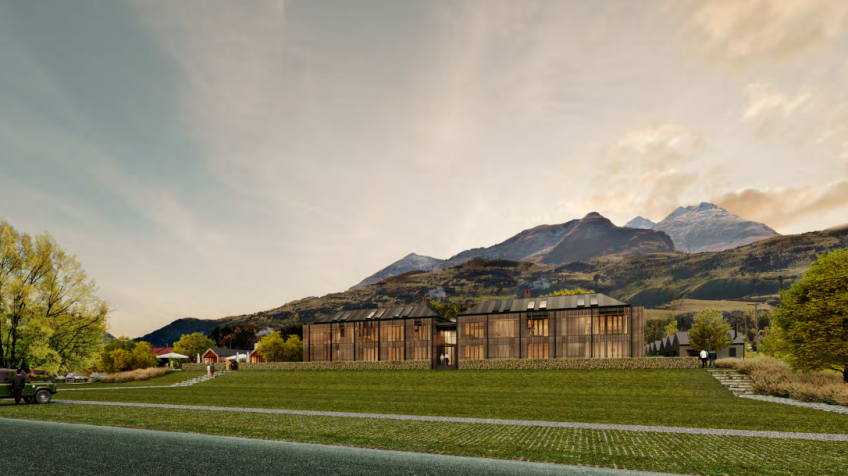 The Otago Regional Council is fighting the development of a luxury lakefront hotel in Glenorchy, saying it increases the risk from natural hazards and the public will end up paying for damage from floods or earthquakes. 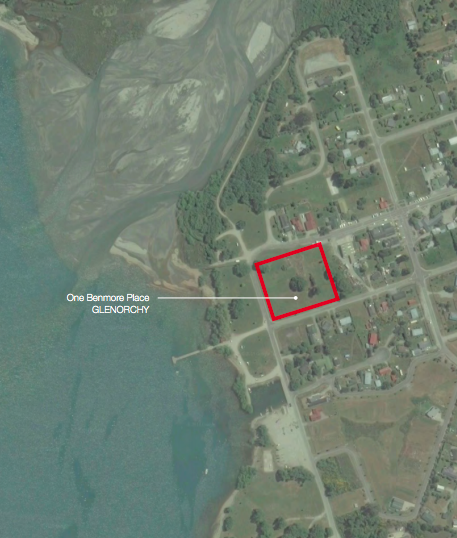 The ORC has gone to the Environment Court to appeal QLDC’s decision to grant resource consent to Blackthorn Lodge Glenorchy Ltd to build a 52-bedroom hotel, including 46 car parks, at 1 Benmore Place in Glenorchy.

Glenorchy resident Douglas Rikard-Bell was granted consent to build the Grand Mount Earnslaw Hotel on the site of the former Mt Earnslaw Hotel, which burned down in 1959.

Rikard-Bell told Crux he factored an Environment Court appeal into his decision to buy and develop the lakefront land.

"It might sound odd, but the rigour an appeal brings is somehow appropriate for the development we propose for this important site from a Glenorchy community perspective."

Rikard-Bell paid $2.5M for the 8079sqm site, and in a design report prepared in 2019 said his proposal to develop the hotel and commercial buildings is “deeply respectful”, but one he accepted would attract “fervent conjecture”.

He was granted consent for the development earlier this year, but the ORC says letting the hotel go ahead “fails to promote sustainable management of natural and physical resources”. 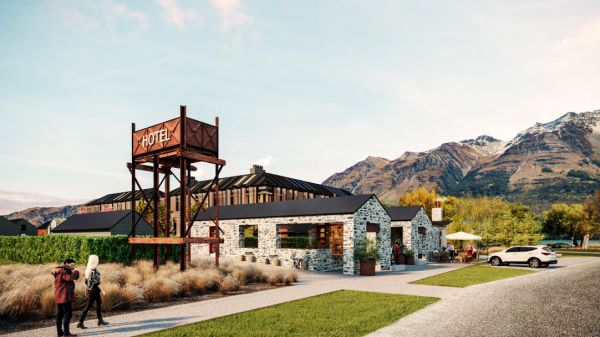 The proposal to build a "lakefront destination hotel" includes plans for a cafe, delicatessen, bakery, bar and restaurant

The ORC says the decision to grant the consent doesn’t manage the “significant risks from natural hazards” that the site is exposed to, including flooding, debris flow, lake tsunami, earthquakes and earthquake-induced hazards like liquefaction.

The appeal goes on to say that “the presence of existing development in the vicinity” does not justify the increase in “natural hazard risk” that the development represents.

It says the decision doesn’t take into account the effects of climate change and the cost of dealing with any natural hazard events will be borne by the public.

The ORC says the proposed buildings are “highly vulnerable” to liquefaction, and that land with similar characteristics in Christchurch has been red-zoned.

“Private development and activities of this kind create demand for public works to provide protection or mitigation of the effects of natural hazards,” the appeal reads.

“In this case such measures are not affordable, practicable or sustainable.”

"If ORC is successful, the development potential of so much of the Glenorchy township will be unclear or impossible," Rikard-Bell said.

"This can only slash property values and the prospects for any sustainable economy, all without any comprehensive community engagement, which among other things, should deal with compensation associated with a Government agency effectively red zoning land."

The design report says the proposal is to “draw strongly from the memory of the former hotel complex, whilst responding to the contemporary needs of a viable hotel and ancillary food and beverage building cluster for Glenorchy.”

It goes on to say the development will “enhance the character and amenity of Glenorchy as a visitor destination providing quality accommodation to support the local and international tourism activities of the township.”

An urban design report prepared last year concluded the development would “recall a key historic element within Glenorchy” and “positively adds in a number of ways” to the wider township.

The ORC seeks that the consent be declined and its legal costs be covered.