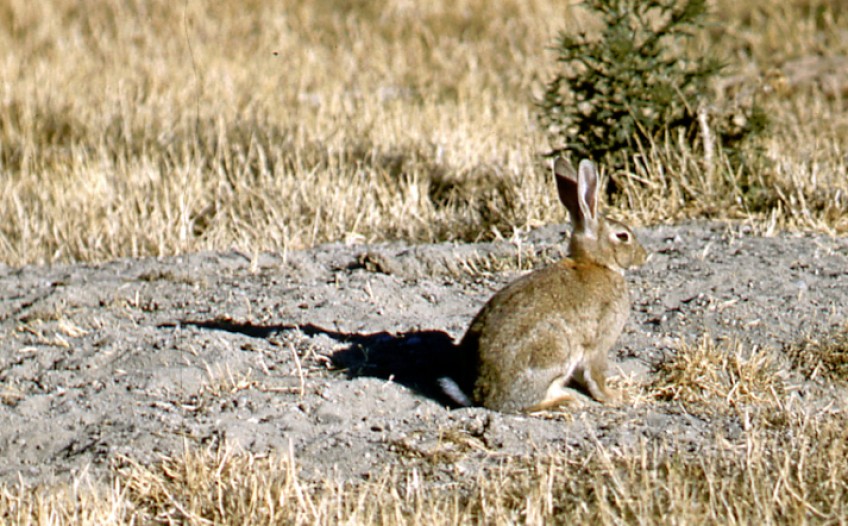 The Otago Regional Council has just posted this media release.

"ORC Chairman Stephen Woodhead today reminded all Otago landowners that they have a fundamental obligation to control the pests on their land – especially rabbits. “We all know that if you can see rabbits on your property you have a problem. It is your duty as a land owner to deal with that problem and put in place effective controls”.

Effective rabbit control relies on a number of tools, including poison, shooting, and biological controls – like the recently released RHDV K5 virus. Coordination between landowners is also essential. Responding to a report on the impact of the RHDV K5 virus Chairman Woodhead, a farmer himself, says “I have noticed that rabbit control is something that some farmers have not put enough effort into over recent years.”

“ORC is not in the business of controlling rabbits, that ceased when Rabbit Boards were disbanded in the early 1990’s. Landowners need to take their responsibilities seriously.”

Chairman Woodhead was pleased the results of the K5 release lined up with what was expected and has been found elsewhere in NZ. “The overall impact of K5 virus on all monitored sites was a 47% reduction in observed rabbits, slightly better than was predicted by Landcare prior to the release.”

Chairman Woodhead noted the extraordinary effort that ORC staff went to last autumn to ensure an efficient and effective release of the K5 virus. He stressed that the efforts of ORC staff have ensured the successful establishment of K5 across the whole region. “I completely disagree with Michael Laws criticisms, they are a cheap swipe from someone who does not have the slightest understanding of rabbit control or the work that staff and landowners do with regards to pest control.”

Landowners that have a rabbit issues need to plan a control programme, for some this will include a winter poison which needs good strategy and coordination with neighbours.

A report in the Regulatory Committee presented to ORC today, reiterates that landowners must continue to undertake rabbit pest management on their own land.

(Acting) Director Environmental Monitoring & Operations, Peter Winder said, “While the RHDV1 virus released in March 2018 was highly effective in some parts of the region, it was never intended to be a ‘silver bullet’. Primary control, such as shooting, was also advised and expected of landholders. This has been reinforced in our communication methods to landholders on a regular basis.”

Mr Winder said, “We understand that there’s a lot of rabbits around in parts of the region, especially where high levels of background immunity have limited the impact of the K5 virus. This highlights the importance of landowners undertaking their primary pest control activities.”

Sampling has confirmed that three viruses are currently active in Otago rabbit populations: in addition to the Czech strain of RHDV introduced illegally in 1997, and the K5 strain which was released in 2018 after a lengthy MPI consultation. The report to Council does confirm the presence of RHDV2 in Otago, however it is unclear how RHDV2 will impact K5 and Czech strain mortality rates."