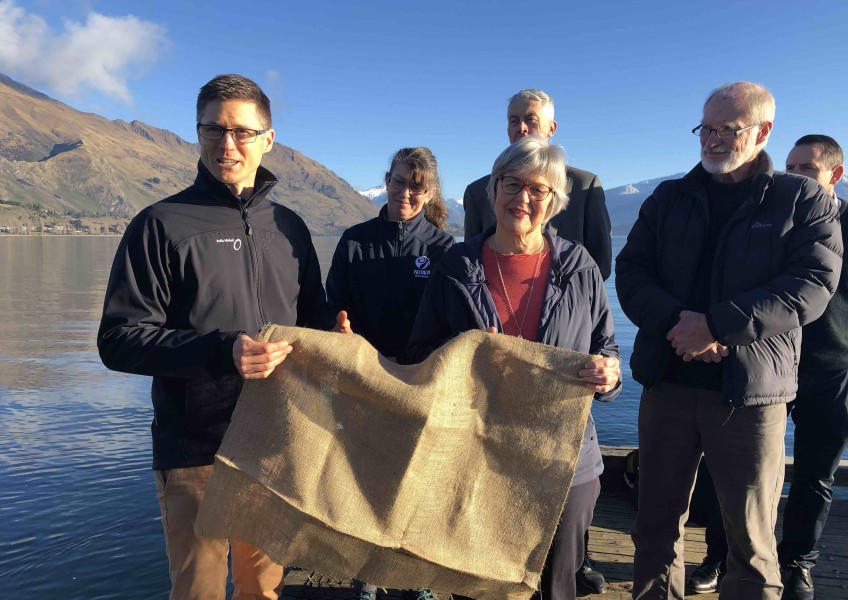 Conservation Minister Eugenie Sage has announced $7.5 million of new funding to help improve the water quality of the Southern Lakes.

The announcement was made in Wanaka this morning. Crux will publish a full video interview with the Minister later today.

Here's detail of the official announcement.

Main Image: Conservation Minister Eugenie Sage and a sample of the hessian matting that will be used to help fight non-native lake weed.