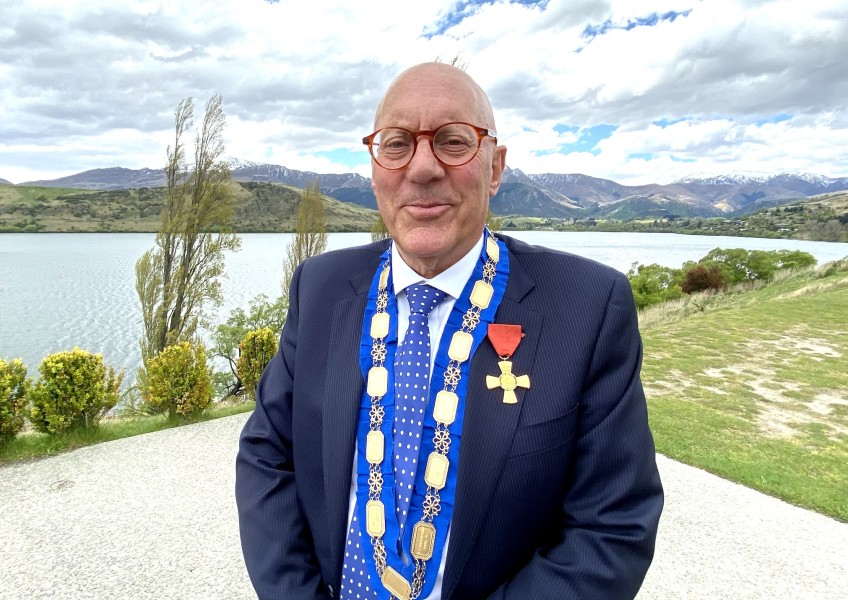 The following statement has been received from the Queenstown Lakes District Council.

"Queenstown Lakes Mayor Jim Boult has been made a life member of the Child Cancer Foundation.

The charity is very important to Mayor Boult and his wife, Karen. They became involved more than 30 years ago when Robert Strain, the three-year-old son of Mayor Boult's motor racing mechanic Marty Strain and his wife Jackie Strain, died from cancer.

"Seeing our close friends having to cope with this utterly devastating situation affected Karen and I a great deal. Since then the Child Cancer Foundation has been very dear to our hearts," Mayor Boult says.

Child Cancer Foundation Chief Executive Robyn Kiddle says Honorary Life Membership awards are given to people who have been nominated for their "unselfish support and service" to the charity over a lengthy period of time. The award has been given to just 21 people since the first award was conferred 26 years ago.

Mayor Boult's involvement with the board of the Child Cancer Foundation dates back to 1992 when he became chair of the Otago-Southland Child Cancer Accommodation Trust which, with the Cancer Society, built and ran accommodation in Dunedin for the families of children undergoing cancer treatment at Dunedin Hospital. When treatment services were moved to Christchurch, the sale of this property helped fund the existing Ronald McDonald accommodation in Christchurch and Auckland. While chairing the accommodation trust, the Boults also facilitated the purchase of a holiday house in Arrowtown so the families of children with cancer could have a break.

Ms Kiddle says, due to Mayor Boult's business and community connections, specialists volunteered their time to help resolve the Child Cancer Foundation's post-earthquake insurance and zoning issues, and the charity's Christchurch Family Place was rebuilt for a subsidised cost.

"Jim has been a passionate and dedicated supporter of the Child Cancer Foundation for decades. With a high degree of business acumen, Jim has shared his knowledge and skills with the board in a direct, but inclusive, manner that has seen a significant lift in the overall governance ability of the organisation.

"In a nutshell - it is Jim's leadership qualities, his desire to make a real difference for the children and families by leveraging his community connections, and his objective approach to the Child Cancer Foundation's challenges and issues that has made him stand out."

Mayor Boult says he was humbled to be nominated for the award by his peers, all of whom make a generous contribution to the organisation.

"To me, the Child Cancer Foundation is much more than a charity that Karen and I donate to. It's doing something for people facing possibly the worst time of their lives. Giving some real, practical help when it's vitally needed.”

The award will be conferred by the Governor General at a ceremony at Government House during the next year."