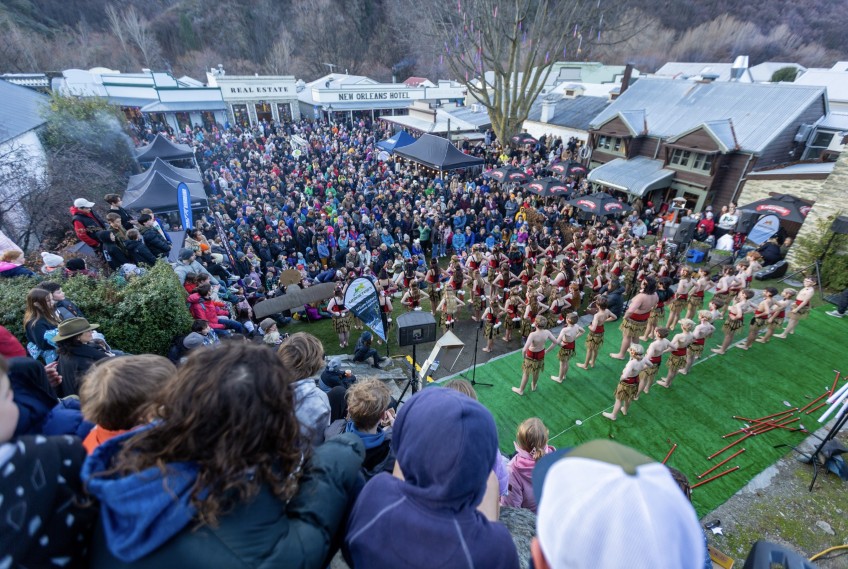 From the organisers of Matariki Arrowtown Lights.

The appreciative crowd appeared to agree with the speech by Arrowtown Museum Director David Clarke (recently awarded the Queens Service Medal for services to heritage preservation).  “As a recorder of history, I think you will all remember where you were on the first Matariki celebration in New Zealand.”

QLDC’s rangatahi in this year’s Tuia programme - Olivia Jones, along with Queenstown Lakes District Mayor Jim Boult completed the official opening. The mayor said that after two years isolated from loved ones - Matariki had come at a great time.

“Matariki is a time for renewal, reflection and celebration of our connection with each other, our whanau and our amazing environment. It’s a time for hope… It’s also a time for us to reflect and acknowledge the contribution of our ancestors who paved the way for our way of life in this wonderful part of the world.”

Arrowtown Promotion and Business Association Manager Nicky Busst said she was thrilled to see so many people embrace the event.  “It’s really brought the community together and I’ve met so many people from all parts of New Zealand who’ve heard about it and want to know more about Matariki or have come down because they have some sort of connection here.”

The Arrowtown Preschoolers’ performance delighted the crowd, before Arrowtown Primary School’s renowned kapa haka group of 70 braved the cold to perform eight sets.  They included a new waiata that has never been performed in public by the group before.  “I found it quite emotional – it was really quite beautiful,” said Nicky.

Once it became dark - Arrowtown’s historic buildings were lit up as never before.  The meaning of Matariki - and the beginning of the Māori New Year - explored through illuminations and projections by the South Island Light Orchestra (SILO).  The Arrowtown Primary School – once again adding to the artistic creations.

The wonders of the Matariki stars, astrophotography, and Otago’s dark night skies were shared by one of the world’s pre-eminent astrophysicists, Professor Brian Boyle to a captivated audience.

A Māori film festival at Dorothy Browns completed the evening with a showing of new release – Whina (about trailblazing Māori leader Dame Whina Cooper).  Other films today and tomorrow, include Whale Rider and Hunt for the Wilderpeople."