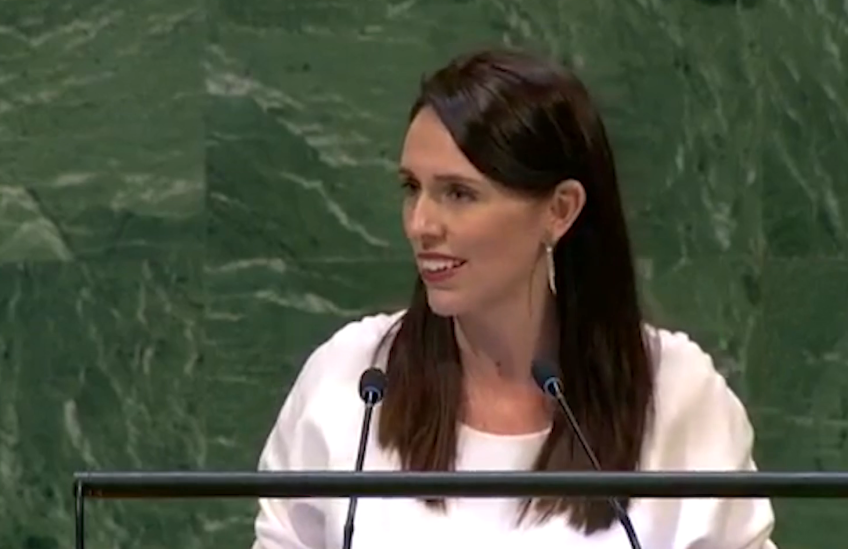 It's not weak to be kind. It's not kind to be weak.

Two different games have played out this week - both fascinating and significant in their own way.

In one corner our Prime Minister has wowed the US media, and the folks back home, with a multi-faceted display of kindness and clear, progressive thinking. She shone. She shone at the UN, she scintillated on the Today show, she dazzled on CNN and she was sophisticated, clever and funny on the Late Show. And before our National supporters get all upset and point to the quagmire of local political dramas, just allow NZ to shine on the world stage for a couple more days. Regardless of which party our PM belongs to - she did good.

Back home, our national airline, Air New Zealand has provided some intriguing clues that suggest it has decided Queenstown and Wanaka have reached peak tourism. Or at least that there's no room at our existing airports for more flights.

The leaked airport submission could have been a slip, but the answers to shareholders questions at the airline's AGM also told the same story - revolution is in the air. Rather than fight a prolonged and ugly battle over expanding Queenstown's beleaguered, over-stretched runway - they seem ready to move on to something new.

The hurdles will be huge, especially given the sometimes ridiculous requirements of the Resource Management Act. But behind the boldness of the move, Air New Zealand is also sending a signal to our airport companies. Not so much the Queenstown Airport Corporation, 75% council owned, but Auckland airport. Our biggest airport, that controversially owns 25% of Queenstown airport, behaves more like a shopping mall empire than an airport, milking the traveller for car parking and expensive food while rewarding those charges with long waiting times to get through security. Auckland airport also likes to charge its other big customers, airlines like Air New Zealand, some chunky landing fees. It's not really like running a business, more like shooting fish in a barrel.

So it's no wonder that Air NZ might want to escape that game and get some Government support to build a new airport where the airlines, not the non-flying execs in the expensive suits, hold the power.

We might say that's Air NZ playing hard ball, but it's not kind to be weak. Being weak would be to allow the airport monopoly game to carry on unchallenged. Being weak would be fighting for Queenstown airport to be expanded beyond its capacity, to the extreme annoyance of a justifiably sensitive local population.

In the same way, our Prime Minister is showing that being kind is not a display of weakness. She can be, and is, a tough Prime Minister as well as being a caring mother. Sure - she's inexperienced but she is learning fast. Her message of kindness and fairness becoming part of public policy is resonating softly but persistently around the world after her series of media triumphs in the US.

Adversarial party politics, and quasi-monopolies (like our airports)  in a "free market", both need a re-boot. It would be kind to make some changes and weak not to.