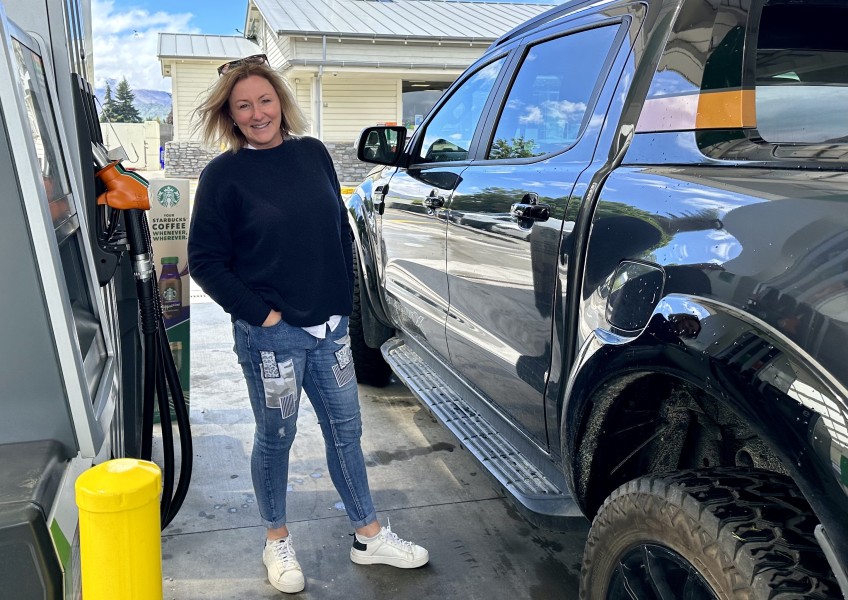 It’s no secret fuel is pricier in the adventure capital, but recently, we’ve had requests in our inbox asking us to find out why.

Looking at Gaspy, a New Zealand fuel-finding app with crowd-sourced data, there seems to be something about Queenstown that makes the fuel 20 cents dearer.

After looking at gas prices, I remembered the Crux car needed a refill and decided to make a day of it. We’ll look more into these numbers, but first we thought we’d interview our local fuel consumers.

I started chatting to people at the pumps, asking what they think of petrol prices lately, and how it affects their habits. Are they waiting to fuel up in Cromwell or checking out the latest deals? 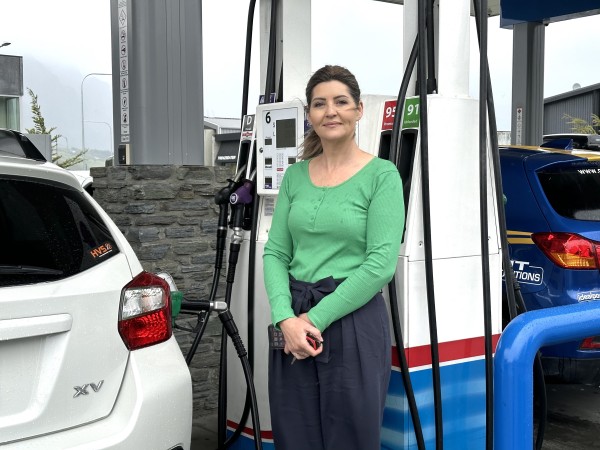 Jodie at NPD Frankton has definitely noticed the price going up, and says she will “wait until my light comes on” before refuelling.

“Lucky I only fill up two weeks – it’s horrendous.”

Jodie says she makes an effort to conserve fuel, trying to knock off all her errands in one trip.

She’s always scoping out the deals – that’s why she was at NPD today, where it’s 15 cents off a litre. But she doesn't take much notice of Cromwell or Wānaka. 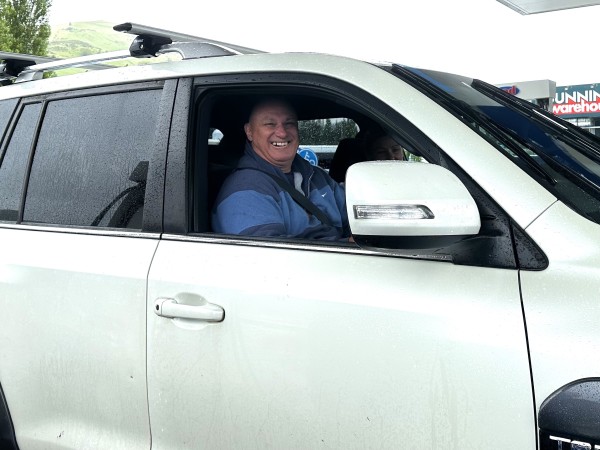 For Laurence, also filling up NPD Frankton, it’s been getting more expensive to put gas in his 116L engine - now it’s $300, but he says he hasn’t altered his driving habits because of it.

NPD is his usual spot, because "it's generally the cheapest", he says.

Laurence isn't a fan of finding the deals, or waiting until he’s in Wānaka or Cromwell.

His reasoning is “it’s expensive wherever you go”. 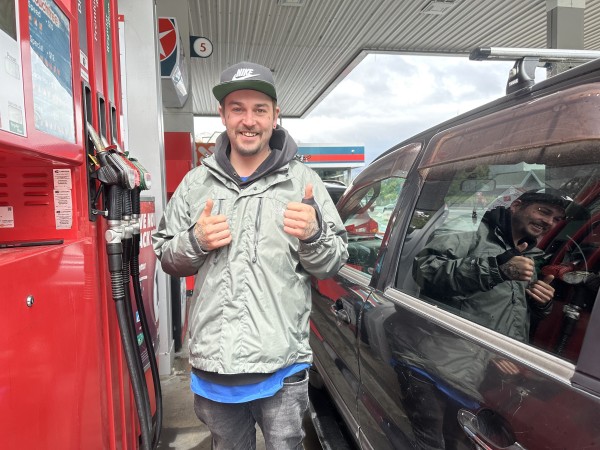 Nick at Caltex says he's started catching the bus to work this year, the price of petrol and parking no longer makes it worth it.

“I don’t drive as much as I used to just because of the cost of petrol.”

Now, he only uses the car on rainy days or days off.

He “doesn’t bother” checking where it’s cheapest, because he doesn’t fuel up often enough, he says. 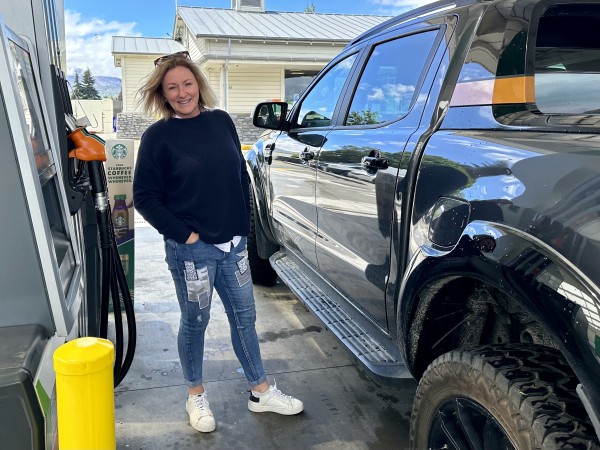 I spoke to this lovely lady at BP, but unfortunately, forgot to ask her name.

She’s caught on the prices are lower in Cromwell, and acts accordingly.

“If I can time it with a trip into Cromwell, I’ll let my fuel go down and fill up there.”

Originally from Auckland, she says she's always trying to conserve fuel. When she topped up her tank today, there was only 20 kilometres left in it.

“The few extra cents from here compared to Auckland is really noticeable.”

She doesn’t check up on the deals, but her 17-year-old son with his first car is “well into it”. 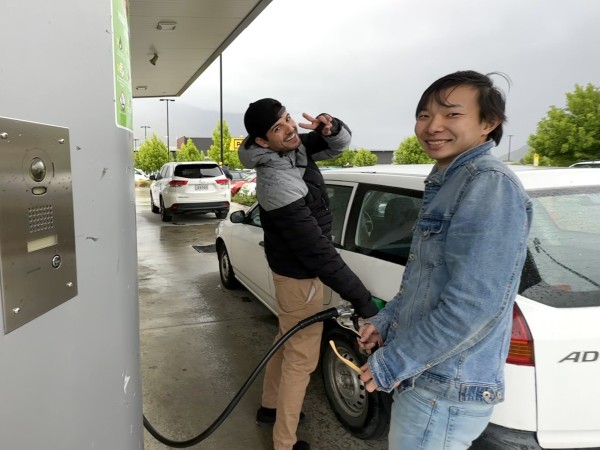 Curtis was fuelling at Pak'nSave fuel when I spoke to him. He’s been living in Queenstown for 10 months, and fills up about every two weeks, and it costs him about $65 for a tank.

“From where I’m from, the petrol in Christchurch is a lot cheaper, but once you get used to it it's fine.

“Everywhere is [in Queenstown] pretty close by”, so the cost of fuel isn’t something that keeps him up at night.

Curtis regularly uses apps to check where its cheapest, so today he's fuelled up at Pak'nSav with one of its vouchers.

Auckland has a wide range of prices, and a lot of petrol stations, and it clearly pays to shop around.

It’s cheapest price could be found at a Gull in South Auclland for $2.25 per litre, but there’s also 50 other places in Auckland you can get a litre of fuel for under $2.60. We saw five spots pricer than in Queenstown - all $2.84 per litre and above.

During the petrol pump interviews, Crux spoke to two Auckland holidaymakers - one who said Queenstown’s prices are five to 10 percent cheaper than up north, another who found the prices a lot higher.

Hamilton has the record lowest fuel from New Zealand’s main centres, starting from $2.12 per litre to $2.66.

Prices begin at $2.33 per litre in Wellington, found at a station 10 minute’s drive from the city centre. It only had two stations above $2.60 per litre, with the highest being in Karori at $2.65.

Christchurch displayed prices from $2.31 per litre, with its dearest at the airport at $2.64.

Over in Dunedin, petrol ranges from $2.29 per litre to $2.56. One Otago University student we spoke to at Pak'nSav Fuel - home for the summer break - says she's really noticed Queenstown's higher fuel prices compared with Dunedin.