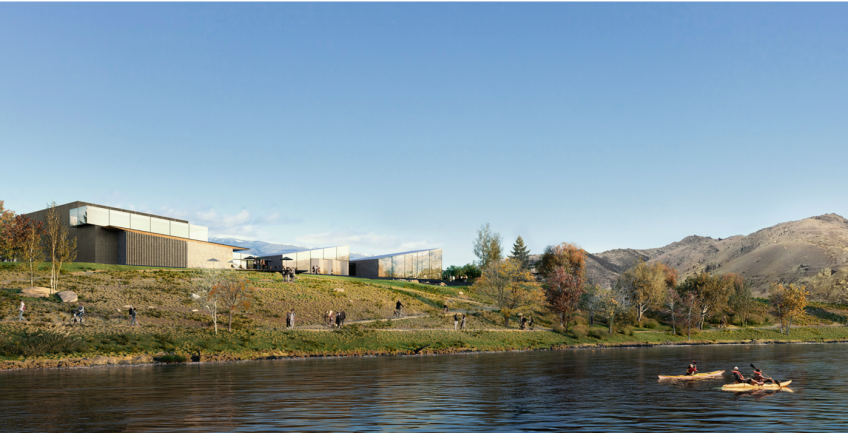 Grand design revealed for Cromwell's hall of the future

Cromwell’s hall of the future looks set to include a 400-seat auditorium as well as a 40-seat cinema, a museum, a café and a bar.

Concept plans have been released to the public today ahead of a community board meeting on Monday, where elected members will decide whether or not to sign-off on the general design.

There’s $31.5 million of ratepayer money already put aside for the new events centre, which will replace the town’s problem-plagued memorial hall overlooking the Kawarau Arm of Lake Dunstan.

In the new plans, the existing war memorial is shifted from its current resting spot to a prominent place at the entrance to the new facility.

It’s proposed the events centre will be just shy of 3,000 square metres, and able to be built in stages. 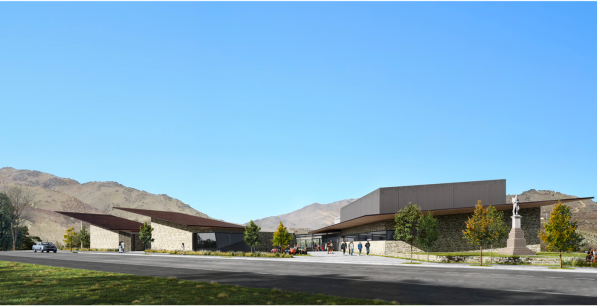 Cromwell's war memorial will be shifted but remain prominent if concept plans for the town's new events centre receive sign-off next week.

Included in the concept plans to be put before the board are: 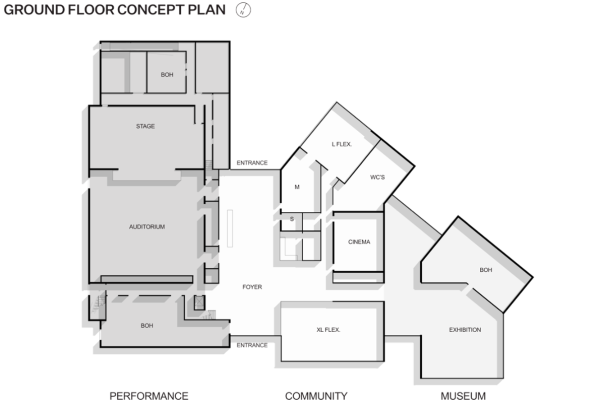 If the community board signs off on the concept plans, further funding options will be investigated to top-up what’s already been made available by the ratepayer – the wish list can’t be achieved without more dollars.

Out of the $31.5 million already allocated needs to come the demolition costs for the existing hall, and planning work for its replacement.

In a report to the community board project manager Darren Penketh says there’s been “early discussion” with the Lotteries Commission, who’s indicated the project is likely to meet its criteria for funding.

They’re taking a “staged” approach to the project that will allow the design to be scaled down if necessary, as funding is secured, Mr Penketh’s report says.

Approval of the design will give go-ahead to the demolition of the 60-year-old Cromwell Memorial Hall.

Prior to demolition, materials that make up the hall will be assessed for re-purposing in the new hall.