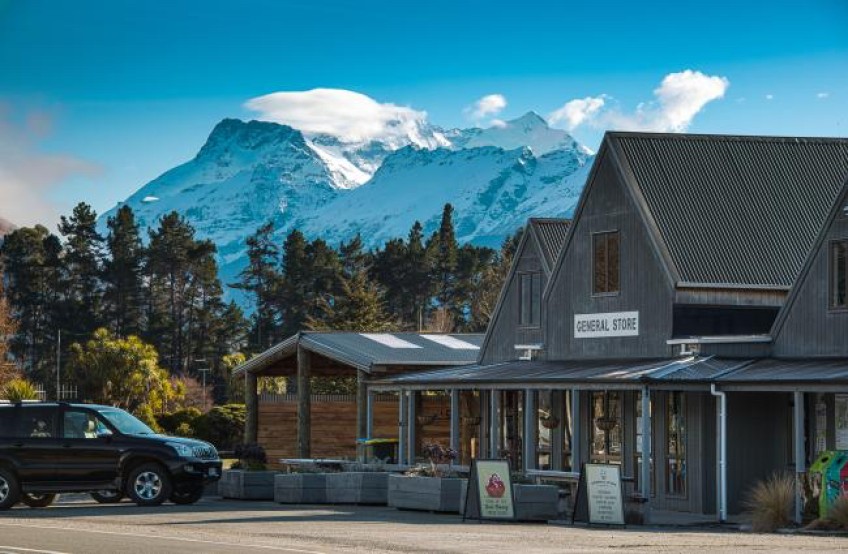 Good on ya Glenorchy

The first time I ever heard my late husband say “good on ya”, I thought he was speaking Russian. To my tender New Yorker ears, the phrase all ran together into one unbroken word which was as cryptic as “Bob’s your uncle”. (Why is he my uncle? Why does that mean all of my problems are solved?) Or the English teacher’s confounding, dangling simile of “sweet as” that still confuses me today.

“Good on ya” served many roles in my husband’s family’s vocabulary, but largely encouragement and appreciation for something that might otherwise have gone unnoticed. 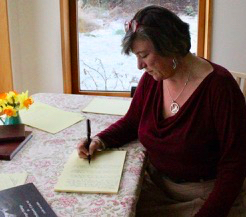 Leslie Van Gelder: thanks to the generosity of many, everything's just Bob's your uncle in Glenorchy.

During last month’s visit by international arts consultant, Adrian Ellis, a conversation arose about the philanthropic nature of New Zealand, and how it is similar or different to other places in the world. Living in Glenorchy - where our museum project has been generously supported by overseas-based philanthropists (it would have been almost impossible otherwise) and the Headwaters project where the potential profits from Mrs Woolly’s and the campground will eventually filter back into a community trust - we are aware and generally appreciative of the traditional definitions of philanthropy.

This support for these projects enabled us to “dream bigger than before”. Like so many arts, heritage and environment projects that don’t easily attract funding, they are especially appreciated as they make concrete things often only imagined or hoped for. Things that matter - like heritage - but don’t tend to make a profit. We’ll call this a philanthropy of funding. The other is a philanthropy of time. It builds, maintains, restores and ultimately provides the lifeblood of a community. In a small community, getting things done often means doing it yourselves. A staggering number of volunteer hours reflects the efforts of people serving in roles that in other parts of the world would be paid positions. In particular, I’d like to highlight Glenorchy’s volunteer First Response and Fire Brigade who are called out to every accident and fire across an enormous area.

There is a tremendous amount of fundraising that seeks the support of a population which largely doesn’t have much in the way of extra. What works is that it’s done in a way that makes the giving not just a donation, but the seeds of a good time. This comes in the form of annual events like quiz night (this year raising money for equipment for the cricket grounds), the Rural Women’s Midwinter Dinner which raised money to support the volunteer nurse’s clinic and, this year, the Head of the Lake Trails Trust. The Museum group hosted a vintage film night and the Parent Teacher Friends Association a movie night and ball. Each event aims to bring us together and raise money. Events that only happen because people donate food, services and, most essentially, the members of these groups give generously of their time. Hundreds of hours of time. Mark Hasselman takes a breather from singing in the Swanndri Quartet - a 12 member group which entertained at the Glenorchy Midwinter Dinner last month.

At a recent AGM for my little neighbourhood association, I looked around the table as we all tried not to be elected to any official roles. There sat key members of the Paradise Trust, the Routeburn Dart Wildlife Trust, the Glenorchy Community Association, the Museum Committee, Rural Women, the Rugby Club, Riding Club, Book Club, Brew Club, Head of the Lake Trail’s Trust, First Response and Land Search and Rescue. We were fewer than 10 households, but we all played a part in all of those community associations. Our little cross-section of the community was no different to any other, so we couldn’t claim it was “something in the water” that made us all be willing to pitch in and lend a hand.

In spring, we’ll plant more native trees, tend to stoat traps, count bats – the list goes on. Next year there’ll be new equipment at the recreation grounds, plans for a new trail, a new museum outpost at Kinloch and the memories of all the good times we spent together during the winter, laughing, dancing, playing music, repairing and brewing things that will sustain us through the rush of summer.

While I hope generous funders will keep supporting our big-picture projects and helping us to dream, I also hope that those who come to New Zealand and ask the question: “Where is philanthropy in this country?” will see it where it lives and thrives - in the heart of our communities.

“Good on ya, Glenorchy” and to all of the communities which are quietly, and without fanfare, giving so generously of time and spirit. The world needs much more of that! If only we had the time…