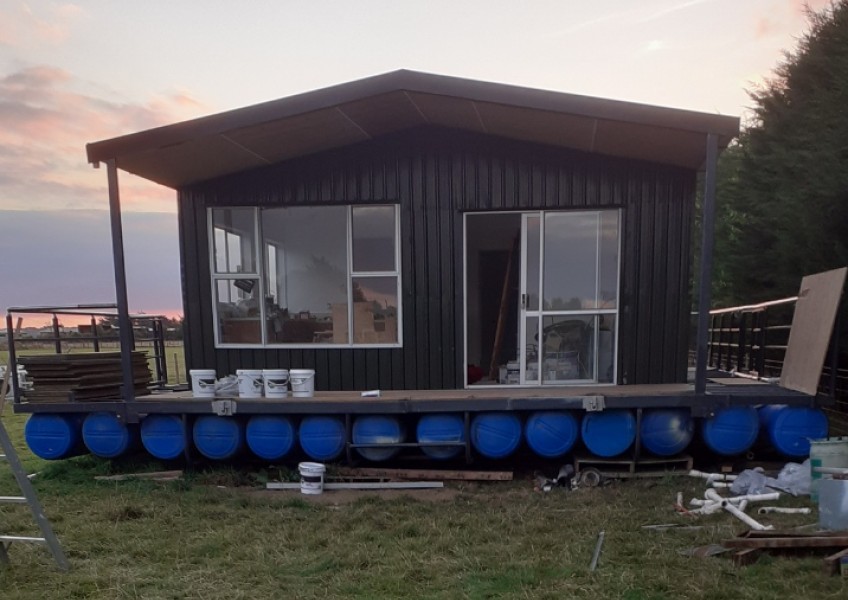 An Invercargill man says he’s been transparent from the get-go about the live-aboard “vessel” he wants to moor on Lake Dunstan, near Cromwell.

Ian Horsham’s plan for a floating house, set to be transported to its mooring site offshore from the New Zealand Motorhome Caravan Association last weekend, was sunk by an 11th hour council injunction.

In July 2021, Central Otago District Council granted Mr Horsham land use consent for the moorings on the lakebed to which the floating house was to be attached. 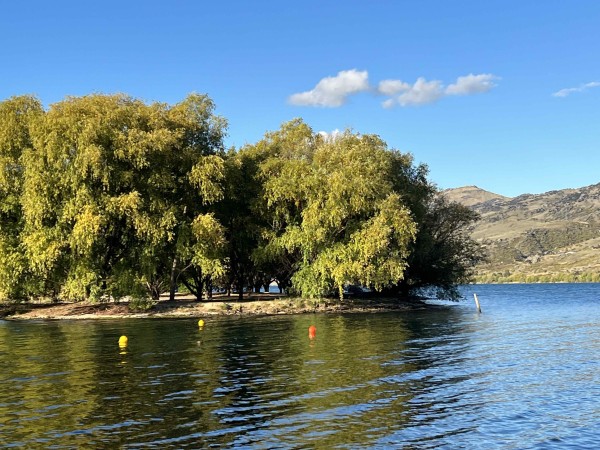 The moorings are ready and waiting in a sheltered spot on Lake Dunstan, near Lowburn, for Ian Horsham's houseboat.

Included in Mr Horsham’s resource consent application was a detailed sketch of his planned 86-square-metre, two-bedroom houseboat – appendix C of the application.

Yet, in an interview with Crux last week, CODC regulatory services manager Lee Webster said the council intervened after concerns about Mr Horsham’s project were raised with council by a member of the public.

It had become clear to CODC, Mr Horsham intended to moor something that was clearly a “structure” and not a “vessel”, and that was not what the resource consent granted in July last year allowed for, Mr Webster said in the interview.

Since this interview, Crux has asked for and received from Mr Horsham the initial resource consent application – an application that clearly outlines Mr Horsham’s grand design for a floating home. 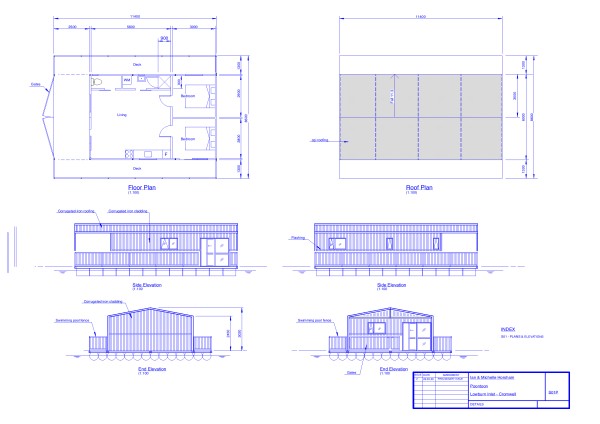 Ian Horsham included this technical sketch of the 'vessel' he planned to attach to his mooring in his resource consent application to Central Otago District Council.

Crux has gone back to CODC and Mr Webster to clarify why it gave greenlight to Mr Horsham’s resource consent for the mooring when it was obvious from supporting documents in his application that the structure he wished to float from it would be non-complying.

In his response, Mr Webster says Mr Horsham’s resource consent was only for the mooring blocks and associated chain and buoy.

As such, the consent was only assessed and issued based on that mooring, and “not for the alleged ‘vessel’,” Mr Webster says.

He reiterated what he's previously told Crux: Mr Horsham's consent for the mooring has not been revoked, but the structure he wishes to float is outside the scope of the original consent - if Mr Horsham wishes to proceed he'll need a separate resource consent for the structure with an assessment of environmental effects, in addition to a building consent, and a Land Information New Zealand permit for the initial mooring.

“As Mr Horsham was insistent that the structure was going to be located on the lake last Friday, Council had no option but to seek an Interim Enforcement Order to prevent this until the necessary consents and permits had been obtained."

Crux is still confused as to why CODC didn't communicate to Mr Horsham last year, at the time of his application, that the "vessel" he provided plans for as appendix c in his application was clearly a structure or house and not a "vessel" that could be floated from the mooring he was seeking permission for.

CODC says it hopes to answer this further question from Crux on Monday.