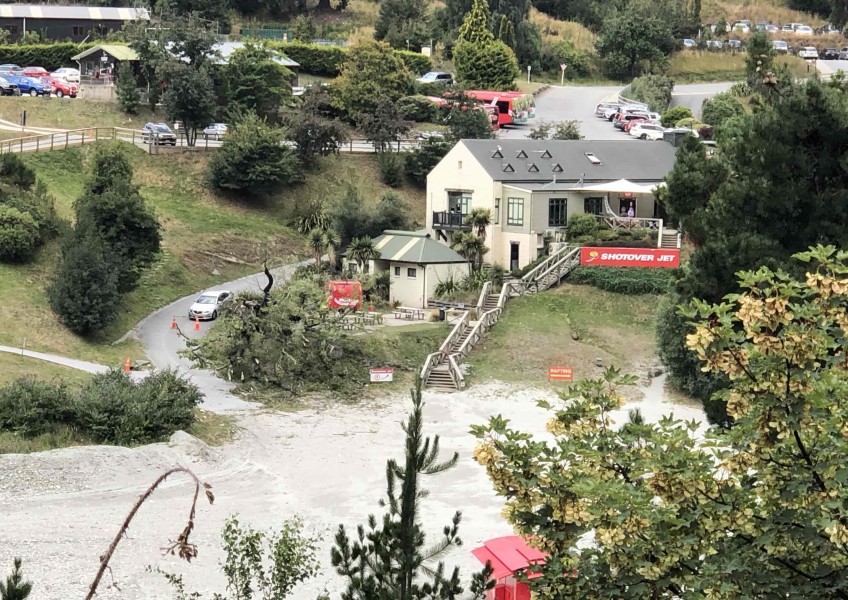 Police and emergency services were called to the world famous tourist attraction around 1.00 pm this afternoon.

Three helicopters were used to transport some of the injured to hospital, along with multiple ambulances.

The tree was blown over at the western end of a picnic table area just next to the main Shotover Jet building. 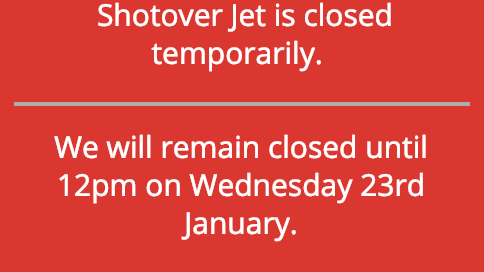 A notice posted on the Shotover Jet website this afternoon.

The tree that fell in high winds is estimated to be at least 50 metres tall and was adjacent to a picnic table dining area at the western end of the main Shotover Jet reception and booking building.

One of the critically injured people is reported to have been flown to Dunedin hospital while the remaining four are being treated at the Lakes District Hospital.

Shotover Jet marketing and communications manager Kirsty Phillips is reported as saying that the five people were sitting under the tree at the time it collapsed. All were believed to have been conscious after the accident when being assessed by medical staff.

Police were on the scene within minutes of the first report.

A WorkSafe spokesperson said that they had been notified of the incident and were making enquiries. Shotover Jet river operations were suspended this afternoon and cars were being turned back at the entrance to the Shotover Jet base.