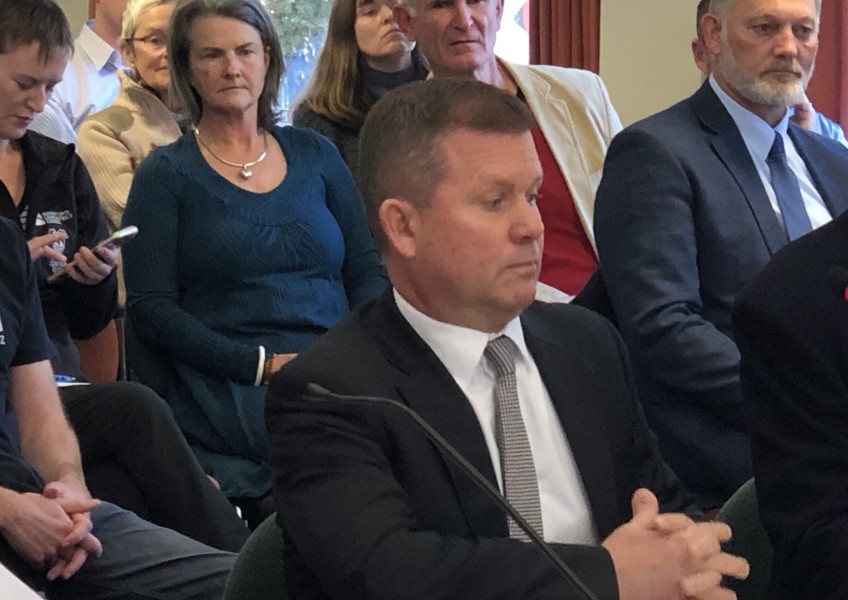 Editorial: Time to clip the wings of our airport CEO?

When airport CEO Colin Keel faced the music of last year's overwhelming community vote against airport growth he was, at first, gracious in defeat.

Since then we've seen him transform into a pugnacious corporate warrior who seems to have had his sensitivity, social awareness and strategic values either removed or censored out of existence.

It's important to ask the question Why? With all of his experience with American Airlines, Qantas and other high flying corporates he must be an intelligent man.

So why would he decide to totally ignore the pleadings of both the elected Queenstown Lakes councillors and thousands of local ratepayers by pushing on with an unrealistic growth strategy that seems doomed to fail?

He even seems to have lost the support of his own communications team with the well-respected Jen Andrews flying off at short notice on an extended European vacation and Naomi Lindsay in Wanaka being clearly uncomfortable with the lines she is being paid to sell to a sceptical community.

Local community ownership of 75% of the Queenstown Airport Corporation has become an Inconvenient Truth.

In fact, the only real effort this year to win local hearts and minds seems to have been a series of syrupy, even sickly sweet, videos that are supposed to tell us how much our airport management team Loves Flying. The only effect of the videos seems to have been some polite applause from the people that were paid to make the videos, some half-hearted cheering from the people who were in the videos and some muted "yays!" from the airport bosses who must have shelled out over $100,000 to get the videos made.

We've also had some photographs of cuddly airport security puppies.

The logical answer to the question as to why Colin Keel, the half million dollar man, has so far failed to modify his two mega-airports plan is External Interests.

Take a look at the Queenstown Airport Corporation's Board of Directors, as described by the QAC's own website.

Grant Lilly. Corporate and Air NZ experience. Based in Auckland.

Compare this team of commercial heavyweights with our generally valiant team of local elected councillors. You could argue that they don't stand a chance of influencing the QAC Board. It is David and Goliath - with Goliath on steroids.

Except for One Big Thing. The QAC Board and their man on the ground, Colin Keel, seem to have adopted a strategy of "Ignore the Locals. They don't have any Power."

Big Mistake. Our Queenstown and Wanaka locals are pretty formidable, and the real battle has not even started.

If we fast forward then it may be a good bet that Mayor Jim Boult is the only person in this game smart enough to see that an adult compromise is necessary. He has business credibility but he also knows that you cross this community at your peril. It's not the Southern Lakes of twenty years ago when everyone was in tourism. Boult gets that and seems also to understand that the theory that we all benefit from tourism is full of very large holes.

There is no trickle down. In fact we generally subsidise the external corporations that own most of our tourism interests. We are also discovering that their lip service to sustainability and climate change is just that - lip service. Let's go from three million visitors a year to seven million and still Save the Planet. Yeah - right.

Local ratepayers are not anti-growth or anti-profits. But we are anti-arrogance and anti-bullying. We do actually believe that our environment is at serious risk, and without a healthy environment we are all screwed - including the tourism industry.

Mr Keel might not have a long future peddling his pair of mega-airports. There might even need to be very significant changes at QAC Board level before their credibility can even start to be restored. They had two chances (draft and final) with this year's Statement of Intent and they blew both - big time.

These local airports belong to us as does the shape of their future.