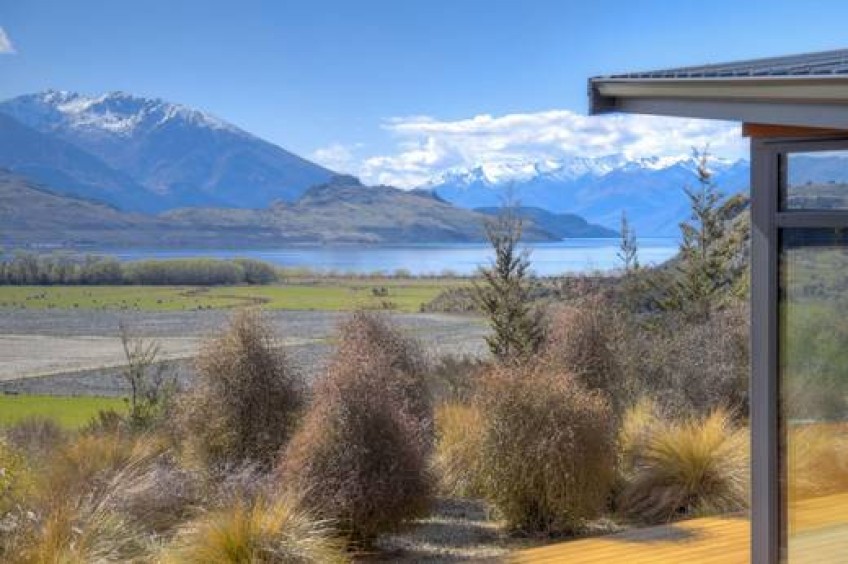 Imagine this scenario. A billionaire on the other side of the world tells another billionaire about a “playground” he has discovered in a far off land that has exquisite scenery, is far from any city, has the brakes on commercial development, is not promoted internationally as a big brand tourist resort and gets on with its business as a quiet achiever.

As far as the billionaire is concerned, it’s off the grid in global terms and he has bought a property there surrounding by secluded acreage.

The other billionaire nods in approval, then proceeds to secure his own slice of seclusion in or around Wanaka.

The rich networking with the rich is "an underground driving force" that nobody in the town sees, First National Wanaka real estate agent Kelly Gooch says.

People will never see this as it is always behind closed doors and real estate agents are probably the only local people who have an insight into this secret world, he says.

Gooch has been selling real estate in Wanaka for 10 years and reckons this force of discreet wealth, that is rarely shown off, buoys the town and will continue to do so.

He says it is good for Wanaka as it keeps the place ticking over without it having to turn into another Queenstown.

“They don’t want to be known. They want to disappear and socialise in their special playground with their own peers.

“And why shouldn’t they?

“They’ve earned their money and this is where they want to come and park it.”

The 2018 Census figures will not be public for some time, but Gooch estimates it will show Wanaka’s population, including periphery towns Hawea and Luggate, as close to 10,000. He estimates half of those will be absentee owners for much of the year, though there are indications that number may be reducing.

Contrary to a popular perception, he also says only 5% of the entire Wanaka population is foreign.

The town attracts some publicity around high profile international rich-listers from time to time, but usually by accident rather than design.

A Wanaka property owned by, for instance, billionaire Peter Theil - Paypal co-founder, venture capitalist and recently-appointed adviser to United States president Donald Trump - came to light when details emerged of how he controversially gained New Zealand citizenship without living in the country, bypassing rules requiring foreigners to meet Overseas Investment Office criteria before approval. He has yet to build on his 193-hectare tract of lakeside land in Damper Bay, 4km outside Wanaka township on the Glendhu Bay-Mt Aspiring road.

After singing diva Shania Twain and South African record producer Robert “Mutt” Lange divorced, he retained the 55,000 hectares they bought, spanning Motatapu, Mt Soho, Glencoe and Coronet Peak stations between Wanaka and Queenstown, with the Mahu Whenua luxury lodge, its decadent centrepiece, that can be rented for a princely sum. Lange’s affair that caused their marriage break-up still gets plenty of airing, but so too does his decision to put covenants over 90% of the land, as well as spending considerable time and money to ensure it remains in its natural state.

Wanaka’s mansions make occasional headlines for other reasons too, such as their architectural excellence or the people who stay in them.

The Dacha, for example, a luxurious lakefront property understood to be owned by an Australian family, was chosen by Oprah Winfrey, Reese Witherspoon, Mindy Kaling and their entourage for their base while they filmed the New Zealand segment of the movie, A Wrinkle in Time. The five-bedroom, four-bathroom home that can sleep 14 has an overnight rate starting of $8000.

Te Kaitaka, a luxurious lodging on Roy’s Peninsula just out of Wanaka, is the recipient of numerous architectural awards for its quirky origami-look design. New Zealand’s Skin Institute founder Mark Gray and his wife Suzanah own it.

Gooch reckons properties such as The Dacha could fetch as much as $11 million if put on the market. He says there are a number of $4 million properties in and around the town.

“But, in spite of all this wealth, the product doesn’t change. There are locals who live here and those who use the town as summer and winter bases.

“The wealthy pay their rates and pour money back into the community in different ways.”

And that also applies, he says, to wealthy New Zealanders who make Wanaka their home.

Excluding developer sites and private sales, Gooch says there has been more than $1 billion of property sales in Wanaka in the past two years.

“We have a bunch of the best people and minds investing here.

“It’s a special place that excludes high-rise hotels and the like and that won’t change.

“It flies beautifully under the radar and I believe it will remain that way even as it grows.

“Not every place needs to be affordable. The rich don’t need to be bullied. They’ve chosen to bring their money here.”#